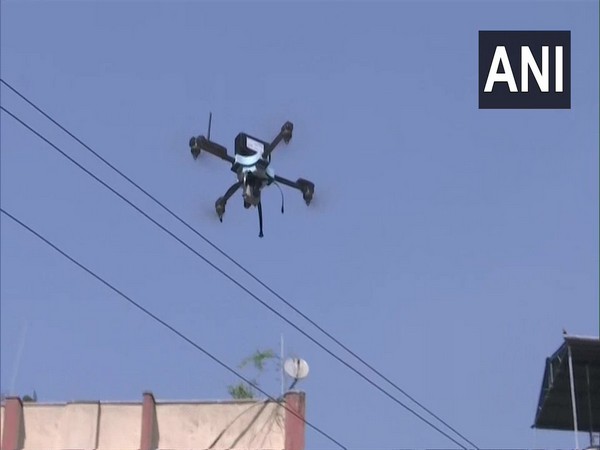 Baramulla (Jammu and Kashmir) [India], July 6 (ANI): In the aftermath of the Jammu airbase attack, the Baramulla district administration has imposed restrictions/ban on the storage, sale, possession, use and transport of drones/similar kind of unmanned Aerial Vehicles (UAVs).

“Keeping in the view of security situation apart from the concern of breach of privacy, nuisance and trespass, it is extremely dangerous to let un-manned aerial vehicles (UAVs) wander around in the skies within the territorial jurisdiction of District Baramulla,” read the order by Bhupinder Kumar, Baramulla District Magistrate.

This comes after two low-intensity explosions were reported on January 27 in the technical area of Jammu Air Force Station. The attack carried out possibly using the improvised explosive device (IED), could not cause much damage and caused minor injuries to two personnel on duty. Two drones were used to drop explosives on the Jammu airbase by the attackers who then navigated their quadcopters out of that area, the sources had said.

According to the order, the persons already having the drone cameras/similar kinds of UAVs in their possession shall ground the same in the local police station forthwith under proper receipt.

“Moreover, the Government Departments and agencies duly authorised by the competent authorities using drones/UAVs for mapping, surveys, surveillance in Agricultural, Environment Conversation and Disaster Mitigation sector shall inform the local police station before undertaking any such activity in the public interest,” it said.

Violation of the order shall attract punitive action as warranted under relevant laws, the District Magistrate said.

Earlier, the Rajouri district administration had ordered a ban on the storage, sale, or possession and use and transport of flying objects. (ANI)