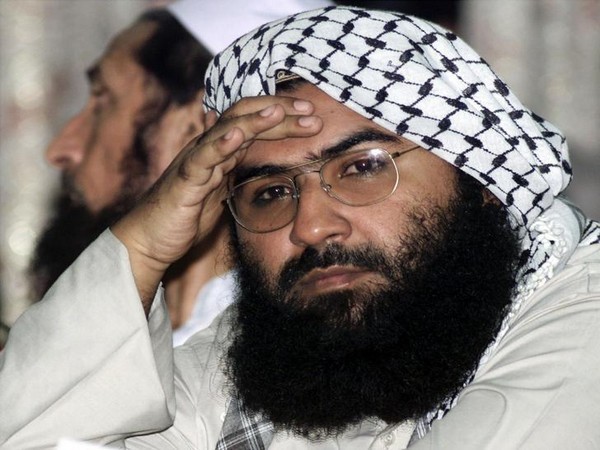 There were no surprises coming out of the Financial Action Task Force (FATF) plenary which concluded in Paris on October 21. Pakistan had hoped that it would be taken out of the ‘jurisdictions under increased monitoring’ or the grey list, but also expected was that it might take some more doing before that happened.

The reaction inside Pakistan to the FATF decision was typically schizophrenic. On the one hand, Pakistani officials patted themselves on the back for making unprecedented progress on the action plan of FATF; but on the other hand, there was the usual Pakistani breast-beating of how FATF had been politicised by countries like India and the US, and did not cut any slack for Pakistan by taking it out of the grey list.

In fact, in the press conference of the FATF President Marcus Pleyer, Pakistani journalists behaved like trolls and asked questions which sounded more like accusations of unfairness towards Pakistan. But these were politely rubbished by Pleyer who informed the Pakistanis that the grey listing wasn’t because of India but because of serious deficiencies in Pakistan delivering on the high-level political commitments it had made to the FATF.

The FATF acknowledged that Pakistan had made “significant progress across a comprehensive CFT action plan” and had “completed 26 of the 27 action items in its 2018 action plan.” It also accepted that Pakistan had taken steps on the new action plan given to it in June 2021 but identified two “strategically important AML/CFT deficiencies”. These were as follows: “(1) providing evidence that it actively seeks to enhance the impact of sanctions beyond its jurisdiction by nominating additional individuals and entities for designation at the UN; and (2) demonstrating an increase in ML investigations and prosecutions and that proceeds of crime continue to be restrained and confiscated in line with Pakistan’s risk profile, including working with foreign counterparts to trace, freeze, and confiscate assets.”

Most importantly, the FATF is insisting that Pakistan “demonstrate that terrorist financing investigations and prosecutions are targeting senior leaders and commanders of UN designated terrorist groups and their associates”. This is the real reason why all the other administrative and legislative actions taken by Pakistan in compliance of the FATF action plan are not going to be enough until Pakistan acts against the terrorist chieftains like Hafiz Saeed, Masood Azhar and the rest of the rogues gallery living under the protection of the Pakistani state.

Delivering on this commitment is easier said than done. In fact, Pakistan thought that if it gave in on the other items on the action plan, and held out on this one, it would be able to get out of the Grey List. Clearly, that isn’t happening, which catches Pakistan in a bit of a bind considering that there are many terrorist luminaries designated by the UN against whom it will have to take demonstrable action, something that could invite a back-lash.

According to the 3rd Follow-Up Report on the Mutual Evaluation of Pakistan in September 2021, out of the 10 ‘immediate outcomes’, Pakistan’s performance has been rated as ‘Low level of effectiveness’ (immediate outcomes are either not achieved or achieved to a negligible extent and require fundamental improvements) in 9 of them, and ‘medium effectiveness’ in only one of them. Out of the 40 recommendations, Pakistan has been ‘partially compliant’ on three – new technologies, regulation and supervision of DNFBPs, and statistics.

But more importantly, it has been ‘non-compliant’ on 2 of them – one, recommendation 37 which deals with mutual legal assistance “in relation to money laundering, associated predicate offences and terrorist financing investigations, prosecutions and related proceedings and freezing and confiscation”; two, recommendation 38 which involves according mutual legal assistance for “expeditious action in response to requests by foreign countries to identify, freeze, seize, or confiscate” including “instrumentalities used in and intended for use in, money laundering, predicate offences, or terrorist financing”. In fact on one of these, Pakistan has regressed from being partially compliant to non-compliant. For Pakistan delivering on these issues is a difficult proposition because it means if tomorrow India was to request mutual legal assistance, Pakistan would have to act on it.

Alarm bells should also start ringing in Islamabad over the FATF Public Statement on the situation in Afghanistan which “affirms recent UN Security Council Resolutions on the situation in Afghanistan. In particular, UNSCR 2593” and “calls on all jurisdictions’ competent authorities to provide advice and facilitate information sharing with their private sectors on assessing and mitigating any emerging ML/TF risks identified, in accordance with the risk-based approach.” The statement goes on to say that “FATF, together with APG, EAG and the Global Network, will closely monitor the situation, including any changes to money laundering and terrorist financing risks in Afghanistan”. This is like a potential noose around Pakistan’s neck which will tighten in not too distant a future. Going forward, given the sort of trade and financial links between the Taliban controlled Afghanistan and Pakistan, with cash and goods flowing without any of the safeguards mandated by FATF, Pakistan will once again be asked to crackdown on and regulate and document these flows.

The Pakistanis are enthused by Pleyer’s statement that there is no danger of Pakistan being ‘Black Listed’ by FATF. But for now, it seems unlikely that Pakistan will be taken off the Grey List anytime soon. Chances are that more conditions will be added on to Pakistan’s action plan, especially on Afghanistan and Al Qaeda/ISIS, which will add to the bind Pakistan finds itself in. If things in Afghanistan deteriorate, and patience with the Taliban regime starts to run out, there will be a lot of pressure on Pakistan on strangulating the financial and trade flows in and out of Afghanistan.

Cut to the chase, the sword of FATF will continue to hang over Pakistan’s head. Even staying on the Grey List is not a costless option for Pakistan. According to one estimate, the grey-listing cost Pakistan nearly $10 billion in just 2019 alone. In the eleven years between 2008-19, FATF grey listing cost Pakistan around $38 billion. Since then, a few more billion dollars can be added to this number. But if things turn ugly in Afghanistan, then this cost will go up significantly, more so if Pakistan is once again threatened with the ‘black list’, which isn’t completely off the table.

Although the FATF operates on objective criteria, the fact of the matter remains that there is an element of politics that is also involved. But this politics doesn’t operate the way the Pakistanis think it does. In other words, it isn’t as if there are a group of countries that are actively conspiring and ganging up against Pakistan. It is more that countries that would have otherwise not been averse to cut some slack for the Pakistanis, are probably no longer ready to do this because they have become wise to the Pakistani dissemble and deception.

More than anything else, this lack of trust is a function of the way Pakistan has conducted its affairs on AML/CFT and nurtured and allowed terrorist groups to operate with impunity and under state protection and patronage. Until Pakistan can address this trust deficit – the only way of doing this is to come clean, drain the swamps of terror in the country and deliver on its commitments – there is no one ready to let it off the hook.

Oct 24, 2021
As far as the, highly indebted, Pakistani economy is concerned, it makes no difference whether or not Pakistan is in the FATF grey list or black list or any other coloured list!!! The country has hardly any exports worth the name (apart from terrorism of course) and its domestic economy is in shambles. So, even if it’s taken off all FATF lists, the country is headed straight down the abyss. As far as terror financing is concerned, the various terror financiers around the globe will find other channels to ensure that the terrorists’ ATM doesn’t dry up.

Oct 23, 2021
next in this list should be darling of congress and their beloved China.