India’s Strategic Communication – Need for a Policy and Capability Development 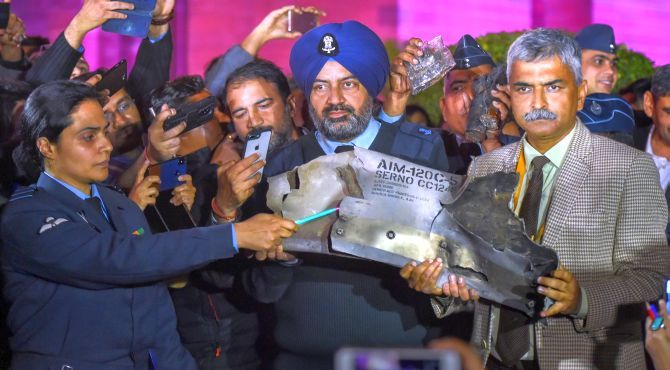 In the last ten years or so, the number of times I have spoken on the need for a policy on strategic communication along with a coordinated capability for India, actually surpasses the number of times I have spoken on Jammu & Kashmir (J&K) or the Line of Control (LoC), both my core areas of focus. Coming straight to the crux of the issue, it’s not for anything else but simply because the nature of war has changed; so has the concept of national security and emerging technologies are enabling and simplifying communication of narratives, ideas, beliefs, ideologies and thoughts.

The nation does not have to only safeguard its borders, its territories and its physical assets but also its people who are the prime objects of psychological targeting. The latter are subject to all kinds of influences in the phenomenon called Grey Zone War, the blurred zone lying between war and peace. It’s not just a question of short-term efforts by our adversaries to influence the minds of our people but the neutralization of our national narratives and supplanting of the adversary’s counternarratives as a part of Grey Zone strategy. It’s not just the people of India who remain vulnerable to alien ideologies, narratives and thought processes, but equally the nation’s partners and international institutions with whom the nation works. They receive a continuous dose of anti-India propaganda from our adversaries, creating doubts and even diluting the strength of our relationships. It’s also much to do with internal resilience and divisiveness too in a nation so heterogenous and with existing fault lines which remain open for exploitation.

It’s always good to remember that India’s neighborhood has two nations who have attempted to weaponize information and communication like nobody else before. Pakistan realized very early that contesting India in purely the military domain would be a difficult proposition. It therefore set up the Inter Services Public Relations wing (ISPR) as early as 1949 and gave substance to the weaponization of information. In each war that it fought it tried hard to influence the people of J&K to rise up in rebellion. It did succeed in 1989-90, when it decided to use the ideological route in its cognitive campaign that it designed. Thereafter it has dominated the communication domain with a concept of offensive narratives taken directly and indirectly to the concerned objectives.

China was one of the first to visualize the scope of the effects of the information revolution in the wake of the CNN blitzkrieg during Gulf War I, in 1990. By 1993 it had conceptualized its strategy through a doctrine termed ‘War under Informationized Conditions’. It finally led to the much discussed ‘Three Warfare’ strategy – Cyber, Media and Legal wars, which formed the crux of the doctrine of Non-Contact Warfare.

India realized the effect of strategic communication which it was being targeted with. Yet it could not translate a response into doctrine or strategy. In 2004 it raised an Information Warfare Brigade in Kashmir and shortly thereafter converted it into another resource for the Army’s Corps of Signals without nary a thought to the ideas that were building up. The Indian Army in J&K, which was subjected to the strategy of competing narratives through the then existing means of media, struggled intellectually and made the flawed assumption that its ‘Military Civic Action’ (MCA) program Operation Sadbhavana (an otherwise highly successful scheme) was the response to Pakistan’s strategic communication strategy. The MCA program never allowed us to reach out to the people with the express purpose of communication, countering narratives and initiating some of our own.

By 2011, when social media reach had penetrated all over the country, I was one of those who had been reading and imbibing a lot of experiences of different nations and armies. I found that most had a national security strategy guiding the entire effort towards outreach to the objectives.  In the absence of such a strategy a cogent outreach to the people in areas around the country, wherever there were anti national feelings, could not be achieved. The nascent efforts made by me fell short because of the lack of insufficient research backing and unavailability of text. That is when I realized that this game is deeper, needs more professionalism and cannot be sustained without academic backing. Strategic communication needs all of this and much more. Moreover, it’s a domain which cannot be pursued by people on 2–3-year postings in the organizations running these campaigns.

It’s after many years that I returned to Government, just before the Coronavirus pandemic. The Government experimented with one of its best administrative innovations; the creation of Empowered Groups (EGs) for different domains of governance to cover the essential responses to Coronavirus; with a Ministry as the core organization.  It was one of the finest administrative structures for integrated governance.

By a stroke of good fortune, I was nominated to one EG which dealt with strategic communication during Covid times. The EG comprised senior officials from the Ministry of Information and Broadcasting (MIB), selected NGOs and members of corporate organizations such as FICCI. One of the biggest challenges before the EG-11 was the creation of a positive environment for the Vaccination roll out. The long and short of this experience is that I came away with the perception that the MIB’s capabilities and efficiency in the creation of the tools of communication is masterly and completely unknown to important ministries such as the Ministry of Defence (MoD), Ministry of Culture and perhaps even the Ministry of Home. The MIB has the wherewithal and the larger understanding to work with concerned ministries to execute their strategic communication and outreach plans. The MoD could do a lot of quality work with the MIB and the integrated approach could work wonders in proxy conflict zones.

It does not end there. Experiencing the functioning of institutions such as the National Disaster Management Authority (NDMA), or the UGC, one can appreciate the need for an authority working in sync with MIB. Such a body which could be treated as a super think tank beyond the scope and purview of the National Security Advisory Board. It would take in Members from different domains of governance, to include –   diplomats, generals, admirals and air marshals, along with intelligence and police officials, legal luminaries, corporate people and academics. This body hypothetically could be given the title of National Strategic Communication Authority. Its responsibility would be to monitor the intelligence situation, the leanings in conflict zones, the direction of events and also evolve themes to be executed, along with guidelines and plans in place for rollout. It would task various Ministries through the MIB or retain the autonomy to do that itself.

There can be strategic long-term plans which could be evolved. Sub offices of this could be formed in regions/states to take in local inputs required to play the narratives regionally. The central body would of course do the guidance from time to time and evolve national level campaigns which could then be run over a period of time through the MIB. These are some top of the head ideas put together through observation and experience.

The proposal has been received with interest where it has been discussed. Pakistan is of course elated that its institutions are being taken note of and possibly even replicated. It’s time we stepped out into the cold and considered strategic communication as one of the domains which could make a great difference to bringing a long-term change in the way people perceive security issues around the nation and especially in conflict zones.

Oct 31, 2022
Ata Sir, great article. very contemporary and needs a serious whole of govt look. this is a very critical domain where we need to put in more resources and efforts.