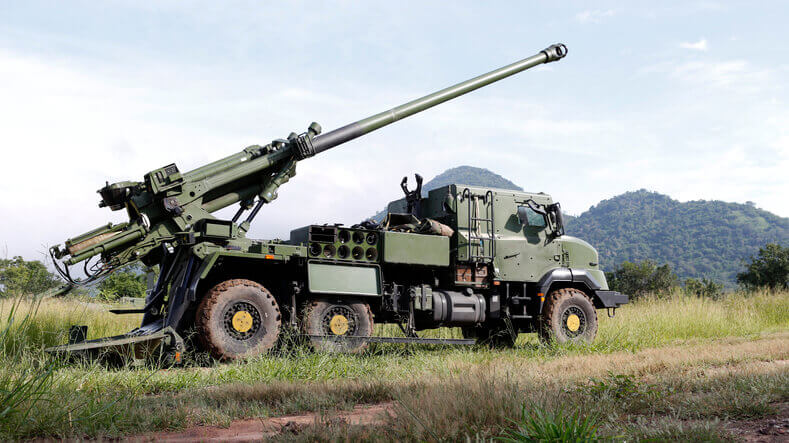 In order for a country to build and retain strategic relevance, it is imperative that a comprehensive approach towards capability building be adopted. While the political processes continue to push forward with the substantial traction already gained, the Indian Armed Forces must remain contemporary in capability and futuristic in approach, all the while adapting and developing prowess towards continued operational readiness. The vision of Artillery Profile 2027 aims at building such present and future capability to empower the Artillery and in doing so, ensure operational success of own land forces, should the requirement so demand.

The Field Artillery Rationalisation Plan (FARP) was developed post the Kargil War in 1999, with a vision towards streamlining the procurement/development of Artillery weapon systems. Under the FARP, the Indian Army (IA) plans to standardise/ streamline the procurement/ development of approximately 3000 pieces of Artillery, across five categories, including 1580 towed gun systems, 814 mounted gun systems (MGS), 180 self-propelled wheeled gun systems, 100 self-propelled tracked gun systems and 145 ultra-light air-portable howitzers (ULH). The standard calibre for all future Artillery gun procurement would be 155 mm, in keeping with the Indian Artillery’s ‘mediumisation’ plan. With the present progress, the FARP is likely to see fructification by the end of this decade or by the 15th five-year plan. With Buy (Indian-IDDM) and Buy & Make (Indian) being the most preferred categories for acquisition/ development (these terms are explained subsequently in this Article), indigenous firms are exploring the avenues of complete indigenous development or a Strategic Partnership (SP) with foreign firms for development of these weapon systems. While most of the categories mentioned above have already been identified/ have commenced induction, the field of the MGS still remains wide open with a plethora of indigenous/ foreign collaboration ventures in the fray. Apropos, this Article will examine the contours of the MGS Program.

It is planned to equip Artillery Regiments of the IA with the MGS for employment in varied terrain as obtains along India’s borders, from deserts and plains to high-altitude areas (HAA), as also to achieve matching mobility of Artillery grouped for operations with mechanised forces. While the Towed and Self-Propelled versions of Artillery guns have been in service with Armed Forces world over for long, the MGS is a recent innovation aimed at exploiting the advantages of both types of weapon systems, be it mobility, ease of deployment, cost or overall weight. The MGS is a hybrid gun system wherein the gun is mounted onto its prime mover and while firing it deploys a suitable mechanism to transmit the firing stresses to the ground as in a field gun rather than through the prime mover. It enables quick deployment of guns and shorter turning radius than towed guns.

The requirement of 814 MGS for the IA was accorded Acceptance of Necessity (AON) by the Defence Acquisition Council (DAC) in September 2011. However, this AoN lapsed and the MGS program was again renewed when a fresh AoN was issued in 2013- 2014. This again encountered hurdles and the IA sought a fresh AoN from the DAC in 2018, which was subsequently accorded. The MGS are to be acquired under the Buy & Make (Indian) category of the Defence Procurement Procedure (DPP)- 2016, at an approximate cost of Rs. 15,750 crores. Under the scheme, 200 MGS are to be bought (direct purchase) from a selected Original Equipment Manufacturer (OEM) while the balance will be manufactured indigenously.

A Request for Information (RFI) for the MGS was floated by the IA in April this year to identify probable Indian vendors for manufacture of the 155mm/ 52 caliber MGS under the Buy (Indian-IDDM), Buy (Indian) or Buy & Make (Indian) clauses. As a point of information, as elucidated in DPP-2016, the Buy (Indian) category requires the product(s) to have 40 % Indigenous Content (IC) by cost of the total contract value (TCV), while Buy (Indian-IDDM) (IDDM-Indian Designed, Developed & Manufactured) is the most preferred category and refers to the procurement of a product from an indigenous vendor  that meets one of two conditions: product(s) that have been indigenously designed, developed and manufactured with a minimum of 40% IC by cost of the TCV; OR, product(s) that have 60% IC by cost of the TCV, which may not necessarily have been indigenously designed and developed. Buy & Make (Indian) category covers initial procurement of necessary quantity of equipment in Fully Formed (FF) state from an Indian vendor engaged in a tie-up with a foreign OEM, followed by indigenous production in a phased manner involving Transfer of Technology (ToT). Under this category, a minimum of 50% IC is required on cost basis of the ‘Make’ portion of the contract. The broad operational requirements laid out in the RFI are elucidated in the table below. 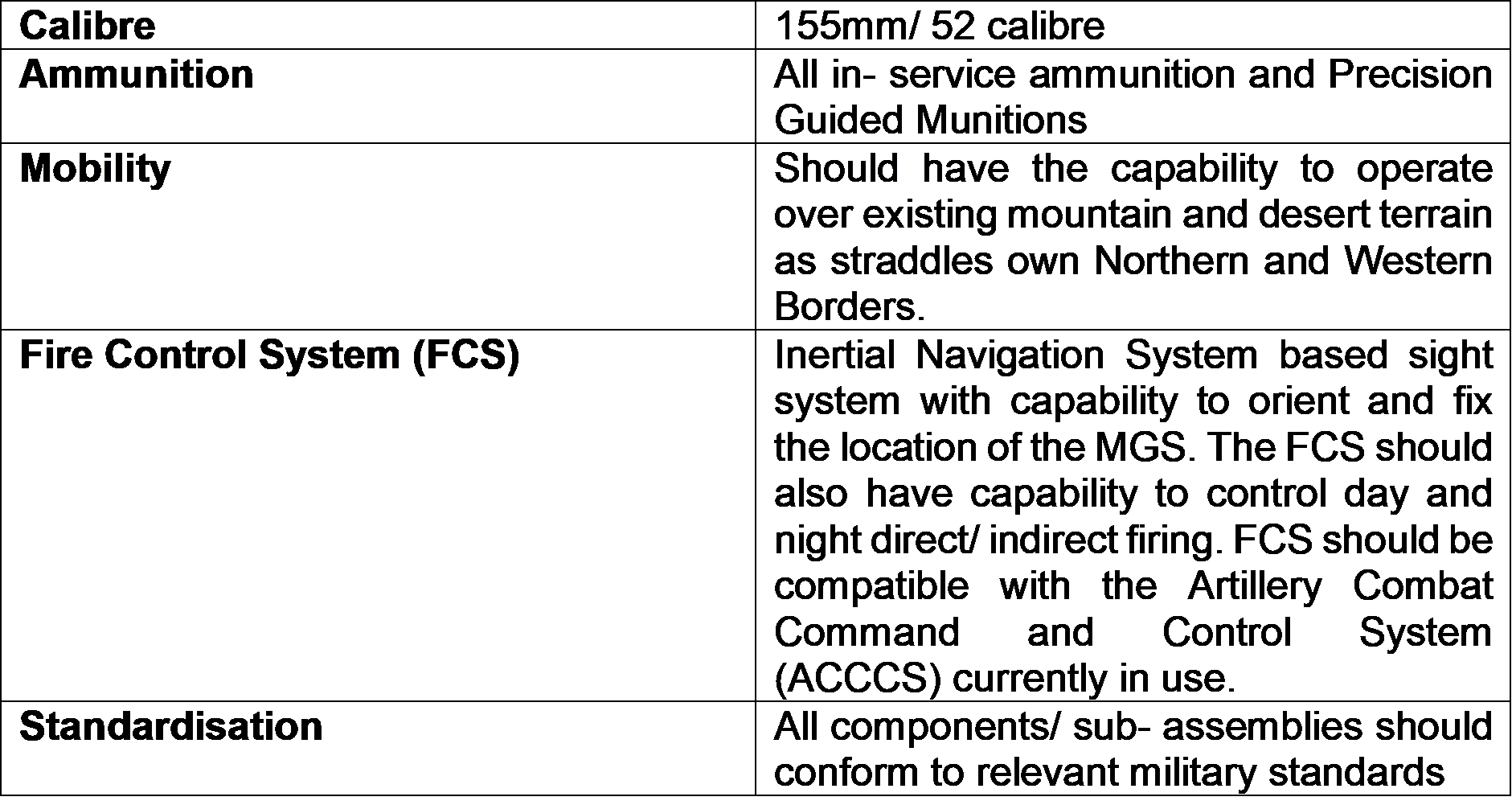 Engineering Support Package for the MGS would also be provided by the vendor(s). The vendor(s) should ensure at least 50% indigenous content and undertake a 5% offset or pledge to invest 5% of the project value within the country. These clauses would conform to the drive towards ‘Atmanirbhar Bharat’.

In terms of suitable contenders, several options presently exist (this figure would vary depending upon the response(s) received to the RFI). These options present as pure indigenous products or existing/planned Joint Ventures (JV) between indigenous and foreign OEMs, with the latter having already fielded similar MGS in the global market. Apropos, the options elucidated in succeeding paragraphs are not exhaustive and descriptions would include those of previously fielded products in an attempt to broadly profile the available market. 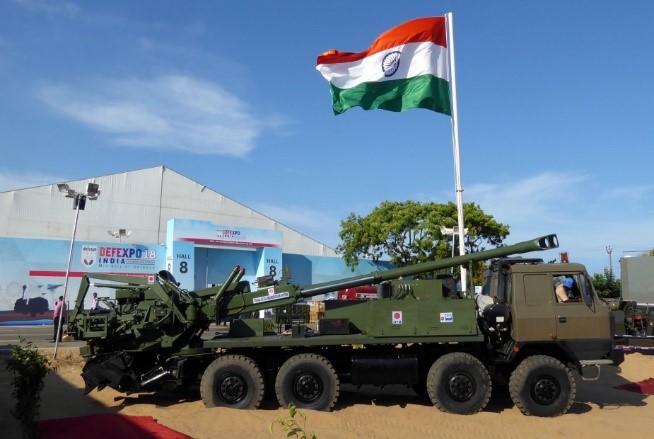 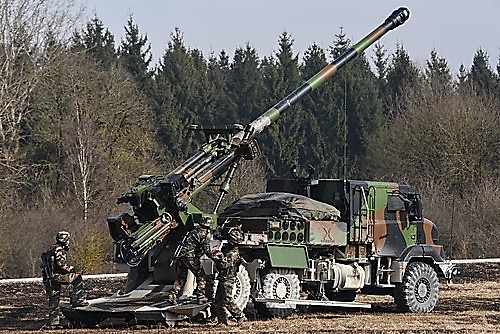 Tata/ Denel MGS. This MGS will be manufactured as a JV between Tata Power Strategic Engineering Division (SED) and Denel, South Africa. The latter was blacklisted in 2005 by MoD, but removed from blacklist in July 2018 after a settlement agreement was signed in the buildup to the 2018 BRICS Summit. The MGS promises upto 55% indigenous content. The MGS is reported to be based on the Denel T-5 52 Motorised Howitzer, showcased in an earlier DefExpo and touted as the South African competitor to the French Caesar MGS, mentioned above. This MGS, with a weight of 28 tons, is mounted on an 8×8 Tatra Truck chassis and has a range of 600 km with a top road speed of 85 kmph. It is fitted with a computerised fire control system, which includes navigation, pointing and onboard ballistic calculation. The MGS can fire all standard NATO ammunition. The T-5 52 is already in operational service in a number of ASEAN countries. 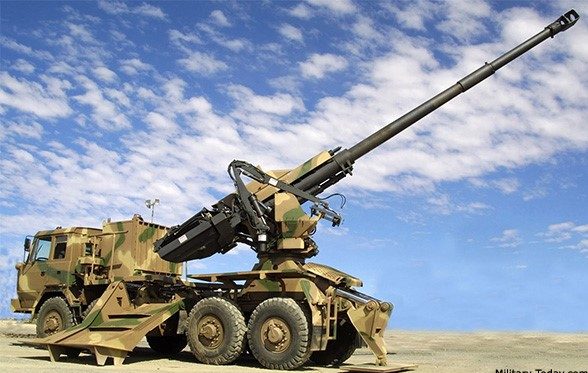 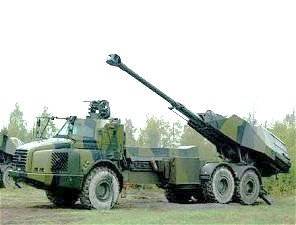 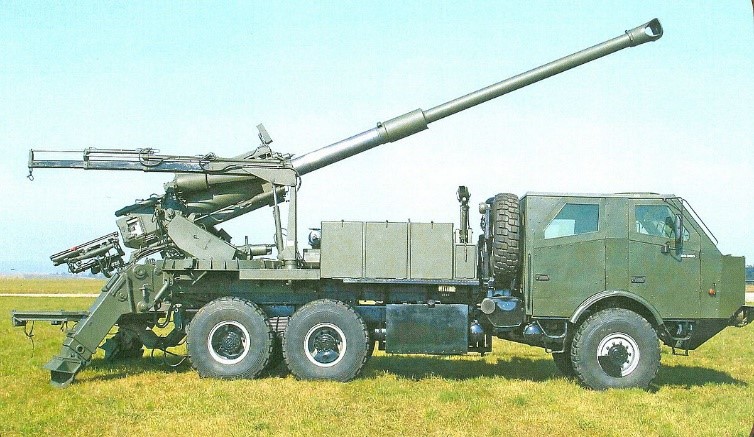 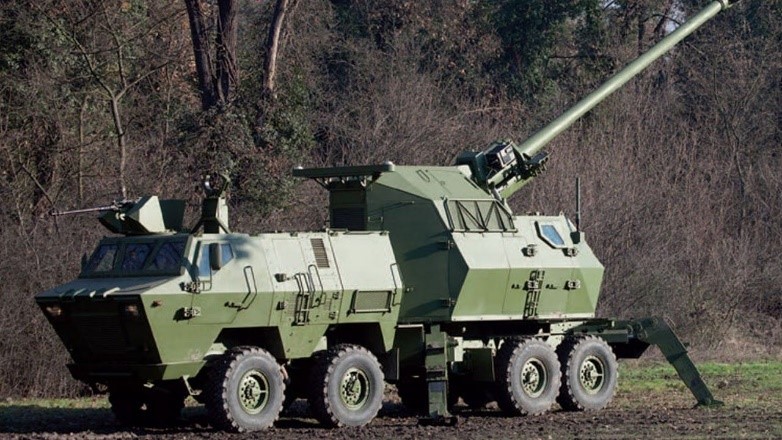 Apart from the above, it has also been reported that DRDO is considering development of a truck mounted version of the Advanced Towed Artillery Gun System (ATAGS), which has successfully completed high-altitude trials in June this year. However, no further information is available on the same.

While other acquisitions under the FARP are tailor made for specific roles based on terrain/ employment, the MGS would provide the Indian Artillery critical flexibility of employment of mobile, high calibre weapon systems in static as well as mobile operations. This flexibility in operational roles combined with transportability and intrinsic mobility of the MGS would mean that these weapon systems would fulfil their roles as true force multipliers in a nebulous and firepower intensive battlefield.

Aug 23, 2021
[…] for capital acquisitions, some of which have been explained in a previous article @ Chanakya Forum https://chanakyaforum.com/indias-mounted-gun-system-ensuring-future-combat-readiness/ […]