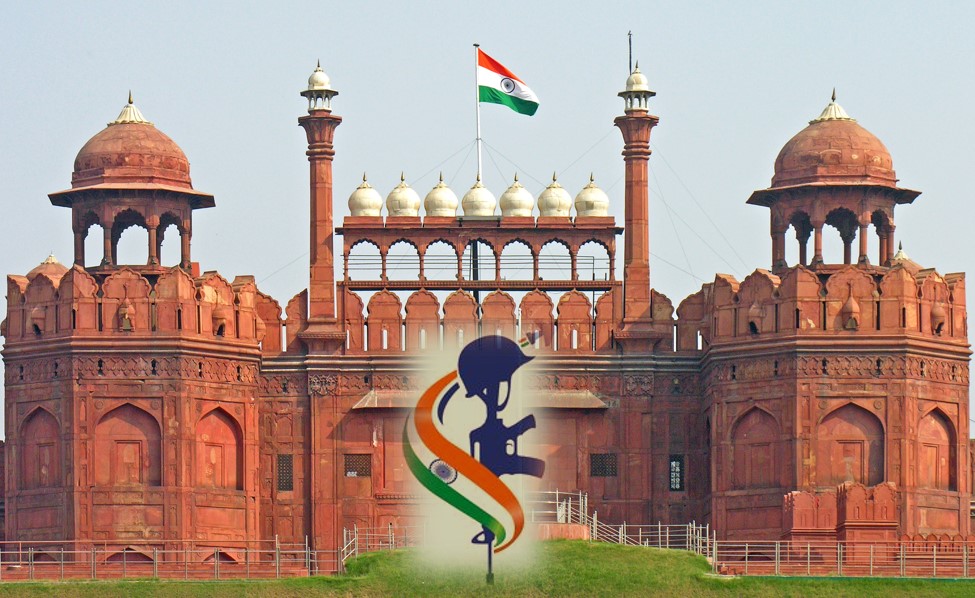 On 15 August 2022, India, the ‘Sone Ki Chiriya’ (literally ‘Golden Bird’) of yore, will celebrate its Diamond Jubilee marking 75 years of Independence from the British (or, as Shashi Tharoor puts it ‘Brutish’) Raj. The Central Govt plans to celebrate this historic occasion in a grand and befitting manner, with a series of high-profile events spaced out over one full year. The inaugural date for the launch of these celebrations has been set as 15 August this year; which, incidentally is only a few months away.

Occasions like these serve as important milestones in the life-time journey of a nation, wherein it can – and must – take a short pause, a momentary break from its hectic everyday routine, sit back calmly and take a long-term, dead-honest view of both, the past and the future. Ergo, it is a rare, but apt, opportunity for India to make the celebrations meaningful and not expend its energies merely on chest thumping, optics and theatrics – which it is wont to do sometimes.

Setting the National Agenda on the right course for the next 25 years, and beyond, would perhaps be the best way to celebrate, to “polish the Diamond as well as set course for the Centennial” so to say. This implies some serious soul-searching and sincere introspection; looking back 75 years, to see how far India has come on the road to progress and, at the same time priming itself for the future. It is also the right moment for all Indians to finally rid themselves of the last vestiges of colonial rule, to think ahead and to act, not as ‘Brown Sahibs’ but as proud citizens of a confident, resurgent and ‘Atmanirbhar’ (Self Dependent) Bharat.

As various organs of the Govt, and indeed of the Nation as a whole, set about this important task of a ‘75-year Review’, so too – I am sanguine – will the Ministry of Defence and its three main constituents, the Defence Services. A good, honest ‘look in the mirror’ is warranted, since from it will emerge the ‘Action Plan’ for the future. Time, then, to reflect, re-assess, re-think, refine, re-calibrate and re-set.

Since public forums like these are not necessarily the best place to expound on the intricacies of matters as grave, complex and confidential, as ‘National Strategy in the Emerging Multi-Polar World’- let us leave these grim topics to the unsmiling mandarins of South Block. However, one aspect for review that is certainly relevant here – on the eve of India’s 75th Anniversary of freedom from British rule – is “How truly Indian (or Bhartiya) and future capable are the Indian Defence Forces: in concept, function, organization, character and spirit?” At first look, it may sound like a trifling issue, but viewed in the light of an emerging super-power, already asserting itself to occupy a dominant place on the world stage, it may well be an issue of significant import.

Very crisply then, here are three key issues of specific relevance to the Indian Armed Forces that demand some honest soul-searching at this ‘Swatantrata Mahotsav’ (Grand Celebration of Independence) These, in my opinion, are transformational essentials since no meaningful progress can be made without first sorting them out.

Transformational Change One: A Change of Perspective – From National to Trans-National. At the time of Independence, the Macaulay’s and Dyer’s left India us with a blighted vision of the world, a narrow, insular, inward-looking mindset confined to our land and sea borders. Thinking beyond these boundaries was the sole preserve of the British, with no role whatsoever for the ‘natives’. And, except for a few small forays in to the wide world yonder and, of course, our experience in UN peace-keeping operations, we in the military have largely retained that insular mindset till date. Meanwhile, the narrative has already evolved from ‘local’ to ‘glocal’ and now to ‘global’ as India surges boldly ahead in almost every field; space, technology, economics, manufacturing, diplomacy and the exertion of soft power. But soft power alone won’t provide us all the muscle we need, hard power, too, must follow close on its heels since an expanding global footprint necessitates the ability to safeguard it from inimical forces.

We need to ask ourselves, has military thought, doctrine, concept, strategy, technology, production, operational planning and execution kept pace with our advances in other fields? Is it in-sync with our advances in, say, space and IT, or is it still mired in the legacy of our past mindsets? The answer is obvious. Therefore, this is the right time to close the gap and bridge the chasm, since any further lethargy will only accentuate the growing disconnect between our aspirations and our abilities.

In a shrinking, ‘internetted’ and inter-connected world, the Indian Defence Forces now need to graduate quickly from a national to a trans-national perspective since developments ‘everywhere’ impact us, directly or indirectly. Indian military thought must now necessarily transcend its sub-continental outlook and, with new eyes, look afresh at the world stage. It is equally compelling that ‘Capabilities’ must follow close on the heels of this change in perspective. While this may look a daunting task at first, but then it is an inescapable and fundamental need that cannot be neglected, Moreover, since ‘the journey of a thousand miles begins with the first step’, there may not be a better time to take this essential ‘first step’ than the 75th Anniversary of our Independence.

Transformational Change Two: Work Culture – From ‘Incrementalism & Conventionalism’ To ‘Innovation & Transformation’.        Over the last two decades, India has already witnessed transformational change in sectors such as Digital Communications, Air-Travel, Space Exploration, etc and is now on the threshold of widespread use of Artificial Intelligence. Sadly, the paradigm of ‘Defence and Security’ has largely remained outside this realm of transformational metamorphosis. But for the import of a few pieces of military hardware, which could possibly qualify as ‘state of the art’, and limited use of IT to improve certain office functions, the majority of our products, processes, procedures and practices still remain largely mired in the traditional bog of slow, lethargic conventionalism and small, incremental change.

While the stifling bureaucracy must squarely take the bulk of the blame for this state of affairs, it is equally true that the uniformed forces have not pushed the government, and themselves, hard enough to get rid of the outmoded colonial work culture premised on slow-paced, labyrinthine, bureaucratic red tape, power-broking, “Jee Huzoori” (‘Yes Sir’ syndrome) and, at best, small, incremental change. Consequently, we have got out-paced by many nations in ‘performance delivery’ in so far as timeliness, agility, alacrity and efficiency are concerned.

This needs to change, and fast. The culture of ‘incrementalism’, which breeds inefficiency, needs to be replaced with the capacity to usher-in transformational change which is timely and well merited. This can only happen when we imbue our planning processes, work procedures, data management, decision-making and mission execution with the boldness, sagacity, technology and pragmatism needed to metamorphose ourselves, in quick time, in to a ‘world class’ military. Such a work culture will necessarily have to be premised on Ideation, Innovation and Creativity. It would be a true celebration of the 75th Anniversary of our Independence if we were to meaningfully initiate this transformational change in our work culture and make sure that it is irreversible and enduring.

Transformational Change Three: Catalysing ‘Military Capability Development’. It is disconcerting, even shocking, that for a large professional military like ours, the vital subject of ‘Military Capability Development’ is neither formally studied nor efficiently practiced. Consequently, even a smattering knowledge of this highly complex discipline (which encompasses 23 diverse subjects ranging from war-fighting to logistics, finance to technology, indigenization to defence partnerships, etc) is woefully lacking, leave alone its mastery. While most training and educational institutes wash their hands clean off this subject, there is no other institutional arrangement to formally teach / learn the subject. This is in sharp contrast to all the advanced militaries. No wonder then, that the handful of military officers and civil bureaucrats, including the senior ones, vested with this responsibility, are askance as to how to go about it.

Considering that, even after 75 years of Independence, we remain one of the world’s largest importer of arms – in itself a matter of shame, not pride – it ill-behooves us to handle this crucial subject, which gobbles up about 1,50,000 Crore of our Nation’s money every year, in a ham-handed, unscientific, and woefully incompetent manner. A sea change is needed in our handling of this subject.

Firstly, this discipline needs to be introduced as an essential component of all studies in the realm of ‘Military Science’ and be formally taught at graduate, post-graduate and doctorate levels by the majority of military and civilian institutions dispensing such education. Secondly, only personnel (both military and civilian) formally qualified in this subject must be vested with the responsibility to execute this specialized function at the Service HQ, IDS as well as the MoD. There is no place for ad-hocism here. Thirdly, we need to completely revamp and overhaul the present dysfunctional system of handling this key portfolio at the MoD and lower levels. The British legacy of ‘Committee Upon Committee’, which is the present non-system needs to be dumped unceremoniously, and in its stead a ‘Task-Force and Team Based Model’ adopted wherein the realization of each specified capability, in super-quick time, becomes a “life and death” matter for each individual of every team. Fourthly, the present ‘file-based’ system, harking back to the Westminster Model of doing office-work, needs to be junked in favour of a digitally empowered, scientific, tool-based model, that uses graphs, charts and algorithms to continually track and plot the trajectory of each and every defined capability vis-à-vis time taken and budget expended.

Unless and until this rational, scientific and transparent system is adopted, our Military Capability Development – as well as its main components like Long-, Medium- & Short-Term Perspective Planning, Force Structuring, Capital Acquisitions, Defence Procurements, Offsets, Indigenous Production, and so on – will remain what it presently is: a ‘buggers muddle’.

Finally, history will judge us on the dint of our ability to galvanise ourselves from a ‘former colony’ to a ‘credible super-power’; it’s up to us to rise to the occasion. As Shakespeare said “There is a tide in the affairs of men, which, taken at the flood, leads on to fortune; omitted, all the voyage of their life is bound in shallows and miseries”. On the 75th Anniversary of its Independence, India stands on the cusp of such a monumental opportunity. Time to realise our dream of “Mera Desh, Sarv-Shresth” (My country at the forefront).

Disclaimer: The opinions expressed within this article are the personal opinions of the author. Chanakyaforum.com is not responsible for the accuracy, completeness, suitability, or validity of any information on this article. All information is provided on an as-is basis. The information, facts or opinions appearing in the article do not reflect the views of chanakyaforum.com and it does not assume any responsibility or liability for the same.

Major General Amardeep Bhardwaj, after an illustrious military career in the Indian Defence Forces – spanning four decades – retired as ‘Head of Faculty’, Defence Services Staff College, Wellington, India’s flagship military ‘Institute of Excellence’. He now runs his own website https://gr8-ideas.com and is an active contributor to intellectual forums world-wide through his articles, comments, talks and lectures on a wide range of subjects.

Jul 01, 2021
well informative, encouraging write up, for all true Indians