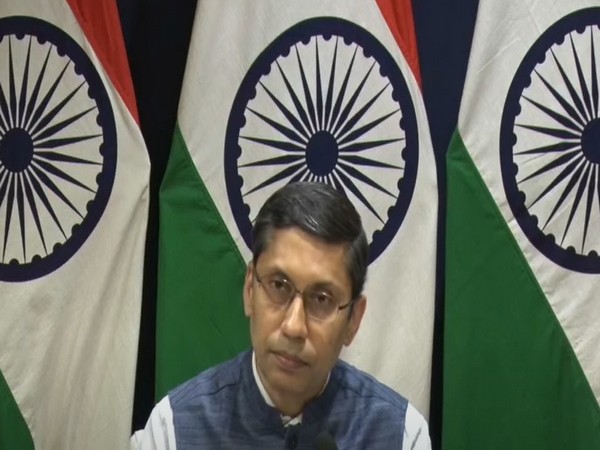 New Delhi, Jul 28 (PTI) In a guarded reaction to the UN-brokered grain exports agreement between Russia and Ukraine, India on Thursday said it would be welcomed by all if the understanding helps in getting more food grains into the international market.

The grain agreement was signed last Friday following months of negotiations to primarily facilitate the export of around 20 million tonnes of wheat, maize and other grains from Ukraine.

Following its invasion of Ukraine, Russia blocked maritime access to the Ukrainian ports, which resulted in a total halt in the export of millions of tons of grains from that country triggering a global food crisis.

When asked about the pact at a media briefing, External Affairs Ministry Spokesperson Arindam Bagchi said it is something that will be welcomed by all including by India if it increases the availability of wheat in the global market.

Ukraine has been a major producer of wheat globally.

In his comments, Bagchi also referred to External Affairs Minister S Jaishankar’s recent remarks about the spillover effect of the Ukranine conflict, particularly in terms food and fertilisers.

“So the issue of food security, particularly of vulnerable countries and the availability of food grains, particularly wheat is an important element and if this (pact) helps get more food grains or wheat in the international market, then I think that’s something (which) will be welcomed by all including by India,” he said.

Bagchi noted that India has also been cognisant of the risks of shortage of food and its possible impact on vulnerable countries.

“Let’s see what happens and what’s the impact of this understanding,” he said.

Separately, Minister of State for External Affairs V Muraleedharan said in Rajya Sabha that India has consistently called for an immediate cessation of hostilities and an end to the violence since the beginning of the conflict in Ukraine.

He was responding to a question on the issue.

“India has called upon both sides to return to the path of diplomacy and dialogue, and also expressed its support for all diplomatic efforts to end the conflict,” he said.

The minister said Prime Minister Narendra Modi has spoken to the Presidents of Ukraine and Russia on multiple occasions and reiterated India’s position.

Muraleedharan said around 70 tonnes of aid in the form of medicines and consumables, tents, surgical gloves, protective goggles, tarpaulin, blankets, solar lamps and sleeping mats have been sent to the government of Ukraine by India.