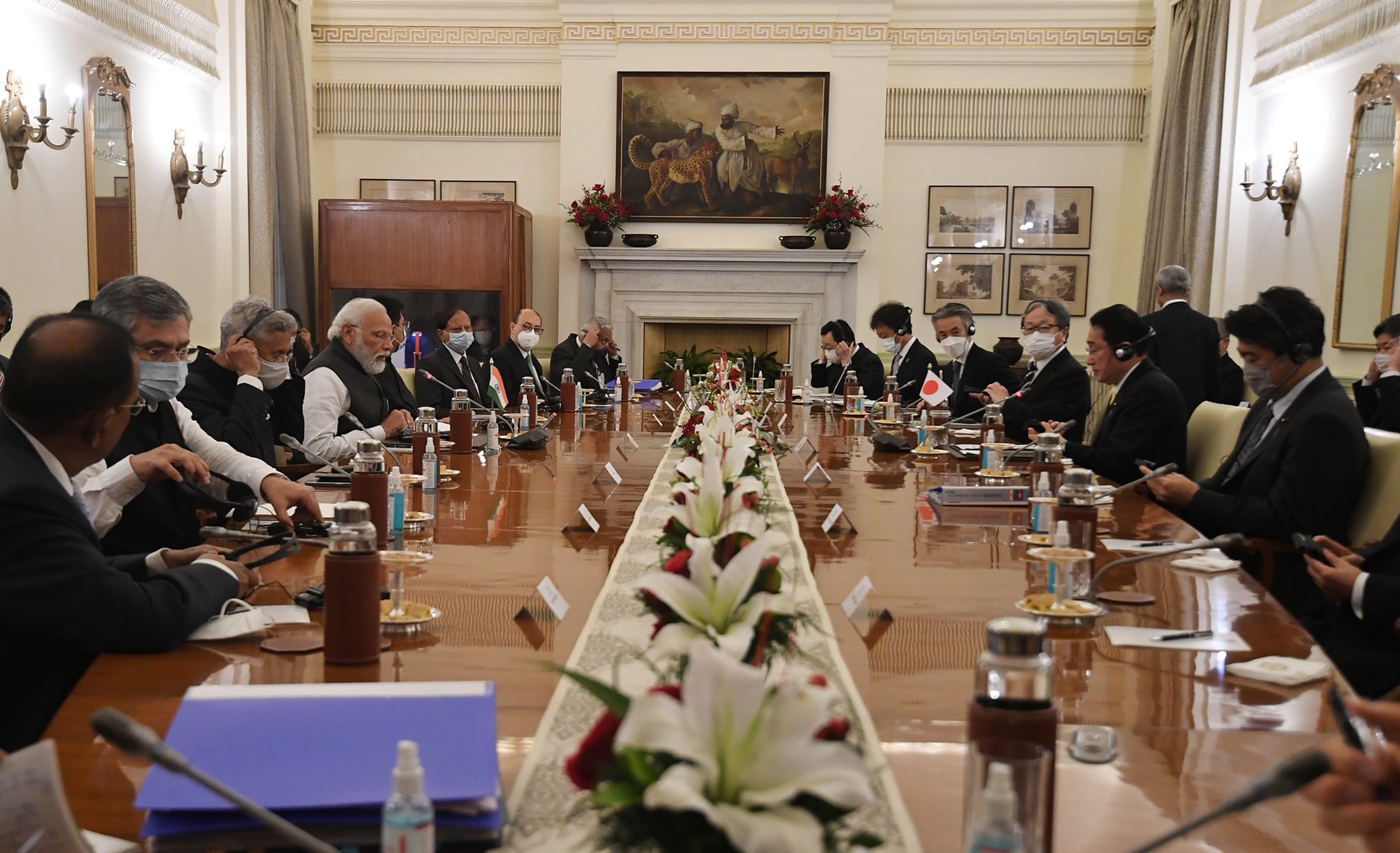 New Delhi, Mar 19 (PTI) India on Saturday briefed Japan about its border standoff with China in eastern Ladakh and conveyed that its ties with Beijing cannot be business as usual until peace and tranquillity are restored in the high-altitude region.

A plethora of issues including Chinese assertiveness in the South and East China seas also figured in the 14th India-Japan summit between Prime Minister Narendra Modi and his Japanese counterpart Fumio Kishida. At a media briefing, Foreign Secretary Harsh Vardhan Shringla said the Indian side informed the Japanese delegation about the situation in eastern Ladakh as well as China’s amassing of troops and earlier attempts of multiple transgressions in the region.

“We also made it clear that until and unless we had a resolution of the issues and peace and tranquillity in the border areas, we cannot consider the relationship to be business as usual. And normalcy in the relationship would depend on the progress on issues that we are discussing,” he said. India and China have been holding military talks to resolve the eastern Ladakh standoff.

“In the discussions, the issue of China did come up. Both countries did inform each other about their perspective. We did inform the Japanese side about the situation in Ladakh…also the fact that we were holding talks with China on the border-related issues,” Shringla said. A joint statement said the two prime ministers emphasised that India and Japan, as two leading powers in the Indo-Pacific region, had a shared interest in the safety and security of the maritime domain, freedom of navigation and overflight and peaceful resolution of disputes.

“They reaffirmed their determination to continue prioritising the role of international law, particularly the United Nations Convention on the Law of the Sea (UNCLOS), and facilitate collaboration, including in maritime security, to meet challenges against the rules-based maritime order in the East and South China Seas,” it said.

Japan has maritime disputes with China in the East China Sea while India has been concerned over Beijing’s increasing assertiveness in the South China Sea  region. The statement said Modi and Kishida emphasised the importance of non-militarisation and self-restraint. “They further called for the full and effective implementation of the Declaration on the Conduct of Parties in the South China Sea and the early conclusion of a substantive and effective Code of Conduct in the South China Sea in accordance with international law, especially UNCLOS, without prejudice to the rights and interests of all nations including those not party to these negotiations,” it said.

For promoting peace, security, and prosperity in the Indo-Pacific region, the prime ministers affirmed the importance of bilateral and plurilateral partnerships among like-minded countries of the region, including the quadrilateral cooperation among Australia, India, Japan, and the US.

“They welcomed the Quad Leaders’ Summits in March and September 2021 and renewed their commitment to delivering tangible outcomes on the Quad’s positive and constructive agenda, especially on Covid vaccines, critical and emerging technologies, climate action, infrastructure coordination, cybersecurity, space and education,” the joint statement said.

It said Modi and Kishida looked forward to advancing Quad cooperation through the next Quad Leaders’ Summit in Japan in the coming months.