In Troubled Times a Russian Call is Welcome 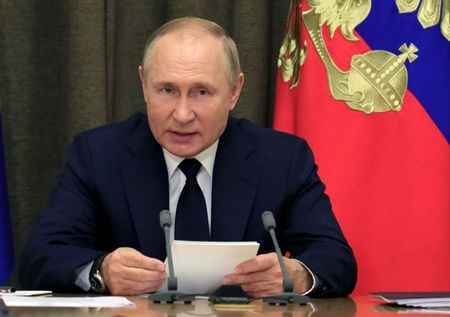 President Putin is visiting India at a significant time although it’s a part of the Annual Indo-Russian Summit, the last of which was held in 2019. In 2020 it was given a pass due to the Coronavirus pandemic.  Reflecting back, 2019 was a different world; it is surprising how the dynamics of international relations have changed in a matter of just two years. Prime Minister Modi and President Putin are going to be discussing face to face, a host of new challenges.

Four major issues did not exist in 2019 and are significant today with respect to both nations.  First the Sino-Indian Border was quiet and China was not on an overdrive to showcase its power, neither was classic coercive wolf warrior diplomacy in place; it today forms an important part of China’s doctrine of dealing with nations it has differences with.

Second, China’s confrontation with the US and its allies was less abrasive. That has changed with the avowed US intent of shifting focus to confront China’s not so peaceful rise; the projected rebalancing is making confrontation in the Indo Pacific a reality. The world is of course also contending with an over ambitious Xi Jinping who wishes to expedite everything and showcase China’s strength to the 20th Congress of the CPC in 2022.

Third Afghanistan is on a slow burn again. The US withdrawal has left in its wake a wave of uncertainty and instability. The Taliban is not showing indicators of change of attitude, radical ideology is creeping back and terrorists are gravitating to an apparent safe haven. The international community is far from finding consensus on how to proceed on Afghanistan, each stakeholder perceiving threats differently.

Fourth and most important, the world is moving towards a different order than what existed in 2019. The pandemic has not ended yet but its effect on national economies, priorities of nations and the debilitating effect on the social environment will see a new set of parameters at work. East Europe, Middle East and South Asia are witnessing changes and the Indo-Pacific is beckoning the same.  The effect of ignoring Africa is already evident with the strong potential of a next wave of the pandemic finding feet there.

While PM Modi and President Putin try to make sense of the threats and find ways of tackling them one should not fail to notice that there is much symbolism with the timing of this meeting. India is celebrating its 1971 military victory over Pakistan.

On 16 Dec 2021 it’s the 50th anniversary of India’s finest hour when 93000 Pakistani soldiers surrendered to the Indian Armed Forces after the 14 day conflict from 3 to 16 Dec 1971. Besides good leadership, diplomacy and military strategy the one other contributing factor towards the victory was the former Soviet Union’s unequivocal support to India. Russia’s predecessor, the former Soviet Union signed the 20 Year Indo Soviet Treaty of Friendship and Cooperation. The latter gave India the reassurance and the psychological boost to pursue its strategy in 1971, recalling the fact that India faced the possibility of Chinese and American support for Pakistan.

The Putin visit also comes just a short time after the induction of the Russian S-400 Air Defence System into India; in fact the formal handover is likely during the visit itself. Two units (against five on order) worth of equipment in terms of launchers and command and control systems have been received although missiles too are shortly expected.

The S-400 deal is worth 5 billion US$ or Rupees 39000 crores; a kingly amount which was spent on the best air defence equipment that money could buy. This deal was signed post competition of S-400 with the US THAAD (Terminal High Altitude Area Defense) much to the annoyance and disapproval of the US. India was then on the path of progression towards becoming a strategic partner of the US. The US threatened then as it continues to threaten today that it will activate CAATSA or Countering America’s Adversaries through Sanctions Act and thus place sanctions against India.

It is not as if India has ignored the US threat but has projected the necessity for it to maintain a somewhat even keel in its dealings with the big powers, an indicator of the multilateral interests it promotes and follows. It maintains a certain strategic autonomy which it has projected all along. Picking its friends and partners remains its prerogative. None of this could have flown past the Russian President who is a sharp observer of international affairs and opportunities besides being an astute leader.

The S-400 is a symbol of another competition and cooperation. Both India and China have contracted the S-400 AD system for the sheer efficiency of the equipment. China did so a little earlier than India.  After the commencement of the standoff between China and India in Apr 2020 Russia expedited the Indian order but its supply of the remaining systems and missiles to China were delayed. It was perhaps a subtle message to China that Russia does not support its unnecessary aggressive coercion against India.

The relationship that China enjoys with Russia is not something it can take for granted because the latter, as a former superpower, has its own worldview. Russia has enjoyed a strong relationship with India which caters for a large part of its strategic concern. It is aware that India has moved closer to the US due to its own strategic compulsions, those that Russia cannot cater to.

Russia, India and China are members of three important groupings, the RIC, BRICS and SCO where they often come together to exchange views. With the changing dynamics of the world, India needs to draw the attention of Russia to the fact that India’s rapid economic development based upon its strategic security can only contribute to a better and more balanced order. China’s self-perceived threats from a future much stronger India can be reassuringly assuaged by Russia. This is the beginning of the reset of the global order and it’s not a bad time when based upon personal relationships between the well reputed leaders of the three nations they can agree to consult more often and remove tensions.

With the tensions over Ukraine where Russia is accused of amassing troops and threatening a ‘march in’, in the tradition of Hungary 1956 and Czechoslovakia 1968, India would be torn between taking sides. The liberal democratic lobby of the West and the European Union will expect Indian support. It is not an issue which is likely to come up in the forthcoming talks but it is something which has the potential to create upsets. Russia is pushing back against NATO attempts of expansionism towards Russian borders. Thus far it has done it through a long term hybrid strategy but the issue is finding traction again which may force the pace in the near future.

The introduction of a 2+2 component to the Indo-Russian dialogue balances the sentiment that exists with Japan, US and Australia (all Quad countries too). This is important in view of the increasing mutual consultation that is expected in the field of foreign affairs and in defence cooperation too. In the latter a deal for the manufacture of 750,000 AK-203 Rifles is to be signed which includes the first 70,000 with only Russian manufactured components.

There is a host of projects which are running including the training of four Indians for the Gaganyaan space project. Agreements to further build cooperation in defence, trade, space, technology, energy and culture are likely during the summit. The Military-Technical Cooperation Arrangement which expired in 2020 is likely to be renewed for the period 2021-31. A key pact that could be signed is the Reciprocal Exchange of Logistics Agreement (RELOS), which will allow militaries of the two nations to access logistics and support facilities at each other’s bases. It’s based on the similar arrangement which exists with the US in the form of the Logistics Exchange Memorandum of Agreement (LEMOA). This too will be a significant aspect.

The mirroring of various strategic military arrangements that exist with the US could lead to some dismay in US strategic circles. Especially since this concerns Russia. The impact of that will have to be handled by India. That it is going ahead with all these quite consciously should project the degree of importance it accords to the relationship with Russia.

Lastly, on Afghanistan. Russia knows the implications of a wayward leadership in Afghanistan guided by maverick Pakistan. It is also aware that China too is guided in its policy on Afghanistan by Pakistan. Right from 15 Aug 2021 Russia has maintained its mission in Afghanistan which is important because it is too important an area to leave to third party information. The ready attendance of the meeting of NSAs at New Delhi by Russia’s Secretary of the Security Council Nikolai Patrushev, along with the representatives from all Central Asian countries adequately conveyed the need for India to be at the high table on resolving Afghanistan. Russia and India should jointly convene more such consultative meetings which China and Pakistan will be committed to join.

Finally, it’s good that President Putin despite apparent hiccups in the Indo Russian relationship promoted by detractors of such a relationship, continues to hold strong in his belief about India. This relationship is likely to be one of the most important ones to bring balance to the emerging world order. India’s course of even handed relationships for promotion of mutual interests with important countries must continue. The Indo-Russian relationship must not disturb other emerging strategic relationships. That is the challenge for India’s strategic community.

Dec 05, 2021
Outstanding! The article has very well brought out all relevant aspects of India- Russia relationships. Must read for everyone interested in geopolitics. India needs to maintain balance; good relations with Russia keeps a positive check on China's belligerent ways.