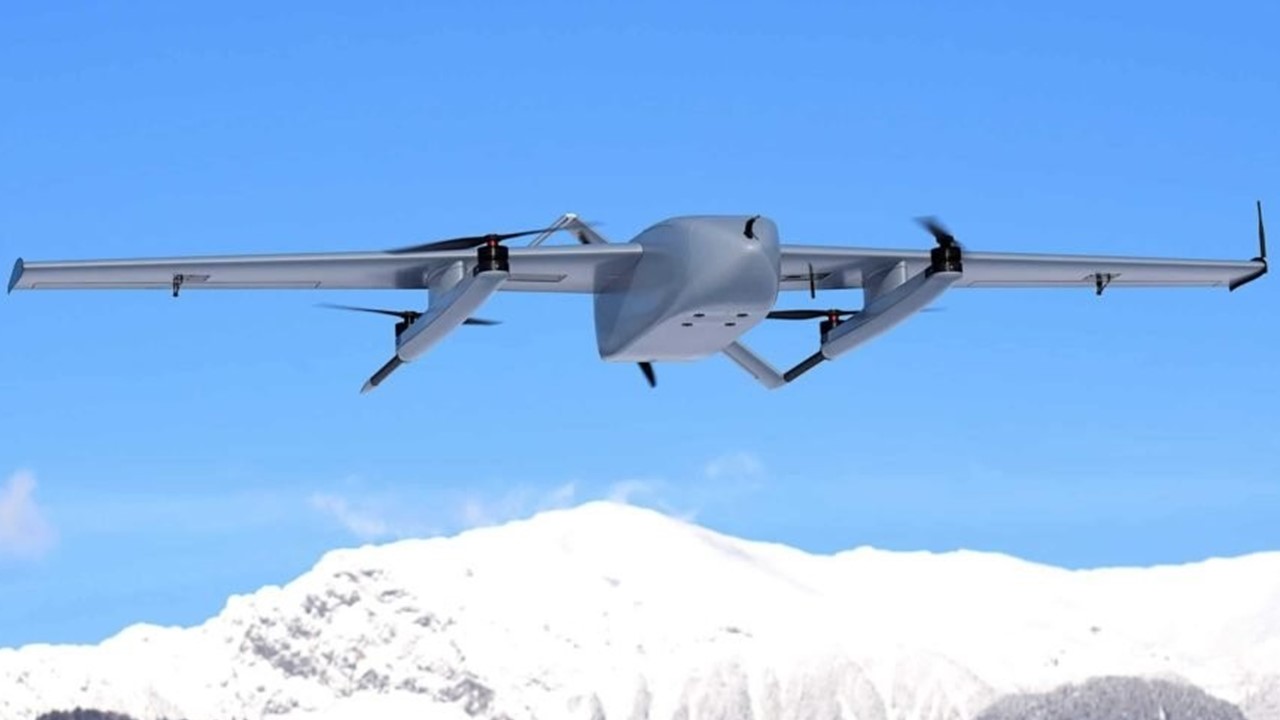 Sometime in April 2022, TechEagle, a private start-up firm involved in drone-based logistics, launched the ‘Vertiplane-X3’, claimed to be the fastest hybrid e-VTOL (vertical take-off and landing) indigenous Unmanned Aerial Vehicle (UAV). The firm claims that the Vertiplane-X3 can deliver a 3 Kg payload over a distance of 100 Km, at speeds of upto 120 Kmph, in high-altitude terrain up to 4500 m and across extreme temperatures. While these characteristics are impressive, what is really attention-catching is the fact that this hybrid UAV (H-UAV), as are others that have recently entered the global/Indian market, is capable of landing on/taking off from an extremely small piece of real estate (~5m2), while incorporating the speed and aerodynamics of a fixed-wing aircraft. These dual capabilities greatly influence military acceptability of H-UAVs in the Indian context, given the restricted terrain and far-flung, isolated deployments along most of the Line of Actual Control (LAC) with China and the Line of Control (LC) with Pakistan. 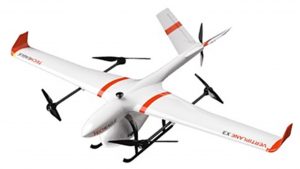 How is a H-UAV Defined?

Before defining a H-UAV, it is important to first define the exclusive design variants of fixed and rotary-wing UAVs.

Fixed-wing UAVs utilise lift from air flow, generated due to the UAV’s airspeed, shape, and wing-span. These UAVs typically use a motor/co-axial propellers for propulsion/ manoeuvering. They can be hand, catapult or runway-launched and are capable of runway landing/parachute recovery. Such UAVs offer several advantages over rotary-wing UAVs, including high payload capacity, greater endurance/stability, greater aerial speed (and therefore larger combat radius) and a limited capability to guide sans power. However, such UAVs also present certain disadvantages, including the requirement of specialist training to operate due to relatively larger size/ performance ceilings, consequent lower manoeuverability, requirement of substantial real estate for take-off/landing/ recovery and importantly, incapability to hover, thereby affecting capability for persistent operations.

As opposed to simple quadcopters that have seen a surfeit in the domestic market, Rotary-wing UAVs typically mount one large main rotor (often with an anti-torque device like a tail-rotor) or multiple rotors to generate lift/for manoeuvering. These have essentially been developed in single, twin and multi-rotor variants. These UAVs are typically capable of take-off and landing under their own power. They offer the advantages of extended hover, greater manoeuverability at lower airspeeds (thus making them power-efficient), relatively easier to handle and low requirement of real estate/time for take-off/landing (thus increasing responsiveness and lending to surprise).  These UAVs, however typically suffer from disadvantages of lower operational reliability, instability in flight, slower speeds as compared to fixed-wing variants, and therefore greater vulnerability and lesser payload capability. 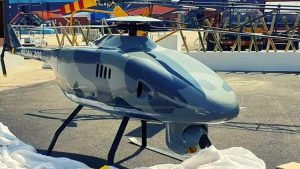 Hybrid fixed-wing/VTOL UAVs are therefore machines that can operate in both vertical flight for take-off/landing and horizontal flight mode once airborne. These hybrids incorporate both fixed wings and propellers/rotors in their designs. Since these UAVs incorporate the capabilities/ advantages of both design variants, H-UAVs represent a significant leap in combat UAV capability for the Armed Forces.

While a plethora of design variations within the class of H-UAVs have been proposed/do exist, these UAVs predominantly fall into two variants- Unmanned convertiplanes (UC) and Tail-sitter (TS) UAVs.

UC UAVs.   UC UAVs typically transition from vertical flight configuration for take-off to horizontal, fixed-wing flight before transitioning back to vertical landing configuration, achieving such transition by either activating/deactivating a set of rotors (for vertical/horizontal flight respectively) or by angling their proprotors (spinning aerofoils that function as both airplane-type propellers and helicopter-type rotors) for forward propulsion, while utilising their fixed wings for lift. UC UAVs fall into three sub-variants- Tilt-Rotor UC UAVs, Tilt-Wing UC UAVs and Quadplanes, with intermediate hybrid designs thereof. 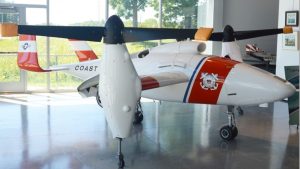 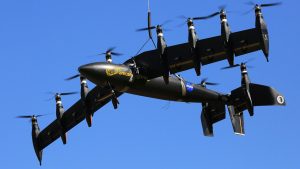 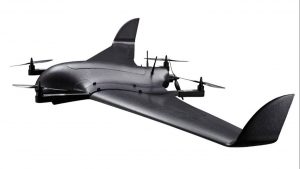 TS UAVs.  TS UAVs employ tail-assisted VTOL and then rotate their entire body horizontally for level flight. These UAVs therefore employ a fixed propeller that does not swivel/activate/deactivate during flight and may therefore present simpler design options. US’ Northrop Grumman’s Tactically Exploited Reconnaissance Node (TERN), a joint development between DARPA and US Navy, and Thailand’s Vetal are examples. 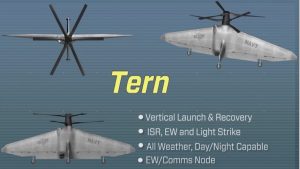 Envisaged Operational Advantages of H-UAVs in the Indian Context

Employment of UAVs and therefore H-UAVs would range from combat/combat support tasks in the operational domain to Humanitarian Assistance and Disaster Relief (HADR).

The canvas of Operational employment would include ISTAR tasks along the LAC              (spanning 4057 km) and along the LC (spanning approximately 776 km). The restricted/ inhospitable terrain along the LAC/LC for the most part and dense vegetation along India’s North Eastern boundary would pose challenges of availability of real estate for take-off/ landing operations. Restricted intervisibility due to intervening features and consequent requirement of persistent surveillance in low-intensity conflict and LAC/LC management operations including remote sustenance for isolated deployments would require round-the-clock UAV operations for ISTAR and logistics support. The requirement to dominate built-up areas close to India’s borders and deny the same to anti-national elements, as well as to counter Left-Wing Extremism in the jungles in India’s heartland, present an equally steep challenge with regards to real-time surveillance/monitoring, with a severe dearth of real estate to launch runway based operations for UAVs. H-UAVs would therefore frequently be the combat/combat support platform of choice due to their VTOL capability that obviates the need for fixed launchpads/runways.

HADR tasks include provision of high-resolution, real-time images of remote/inaccessible disaster-struck locations to aid evacuation and limited/emergency logistics sustenance including transportation of medical supplies. As these tasks would frequently be carried out in built-up locations/ remote areas with broken terrain, H-UAVs provide the platform of choice to carry out associated HADR missions.

The Technology Perspective & Capability Roadmap, a vision document for capability-building for the Indian Armed Forces upto 2027, recognizes the imperative need for VTOL (Hybrid) UAVs as follows- “… Vertical Take-Off and Landing (VTOL) UAVs should have the capability to carry a payload of upto 2000 lbs, endurance upto 12 hrs and a range of at least 100 nm….”.

In pursuance of this roadmap, the Indian Armed Forces have contracted and would be further looking to procure/ seek development of H-UAVs. Some prospects are enumerated below.

AKSHAT-HNX75 H-UAV. Akshat-HNX75 is an indigenous, Quadplane design, heavy-duty H-UAV designed and developed by VTOL Aviation India Pvt Ltd in collaboration with Indian Institute of Technology, Kanpur. The H-UAV is adapted for combat support and pinpoint logistics delivery in high altitude/difficult terrain up to an altitude of 20,000 feet, with a max take-off weight of 75 Kg. It mounts a hybrid electric-fuel powerplant and is equipped with an integrated ‘SKYCRANE’ Delivery System with digitally controlled winch mechanism. The H-UAV can also perform ISTAR missions and can be equipped with an Airborne LASER Scanning System, with a measurement range of approximately 2 Km, 75º Field of View and an accuracy of approximately 3 cm. The Electro-Optical (EO)/Infra-Red (IR) gyro-stabilized camera system allows for EO/IR imaging/recording and live video feed over 20 Km (upgradable). The H-UAV mounts a LASER Range Finder for target acquisition and can also mount SATCOM and ELINT/COMINT payloads, making it a capable platform for diverse military applications. The firm also manufactures mini/lightweight VTOL UAVs, as well as H-UAVs in the 150/300/800 Kg classes. 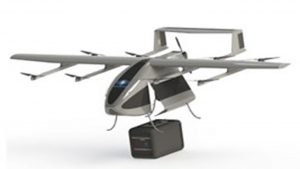 The increasing reliance on remote operations the world over necessitate that Armed Forces enhance their UAV arsenals, in terms of numbers, but more importantly in terms of capability profile to suit constricted operational spaces due to inhospitable terrain or ever-burgeoning civilian footprints. H-UAVs meet the prevalent operational imperatives under these challenges and embody the flexible remote systems that will populate future conflicts.