How Kaiser Xi Jinping’s China is Influenced by Sinocentrism, Legalism, and Hierarchy 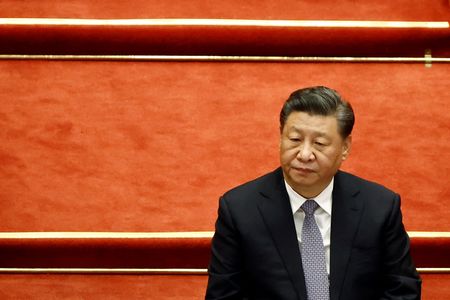 At the turn of the twentieth century, Kaiser Wilhelm II proclaimed that his country had an urgent need for a naval buildup to counter the British Royal Navy in its drive to find a ‘place in the sun.’  Today, as China readies to celebrate its National Day on October First, its rulers view a naval buildup as a precondition for furthering their geopolitical ambitions on the world stage.

Chinese civilization is thousands of years old and places Beijing at the centre of the cultural, geographic, and metaphysical world.  Contemporary China aspires to seek centrality in world affairs and enforces an authoritarian governance model influenced by sinocentrism, legalism, and hierarchy.

China’s sinocentrism, primacy of the state, and ‘tributary system’ guide Beijing’s grand strategy in the diplomatic, economic, and security domains.  It influences Beijing’s aims of ‘snatching and grabbing’ territory from its neighbors and its diplomatic and economic policies to reestablish its dominance in regional affairs.  Sinocentrism is the belief that China was at the center of the known universe in ancient times.  Chinese rulers believed that they derived their legitimate authority from the ‘mandate of heaven.’  This authority was exercised through the affiliated practice of the tribute system.  The perceived superiority of its civilization, therefore, led to an exaggerated sense of Chinese domination over world affairs and blurred the limits between the Chinese empire and the world. This explains Beijing’s policy in the South and East China Seas.  Accordingly, China aims to establish a parallel world system centered on its civilizational continuum.

From 1949 until the present time, Mao and other Chinese elites have incrementally advanced the idea that China is a central force in global affairs.  After the Chinese Communist Party (CCP) consolidated power in the mid-1950s, Mao continued to reiterate that the ‘center of world revolution had moved to China and he supported revolutionary movements in Asia and beyond.’  In more recent times, President Xi Jinping referred to the ‘great rejuvenation of the Chinese nation’ and the ‘Chinese Dream’ to take center stage in the world.  This vision of centrality explains the aggressive Chinese approach, including participating in new international institutions and regional forums, including the Belt and Road Initiative (BRI) and the Asian Infrastructure Investment Bank (AIIB); encouraging using the Renminbi as the reserve currency and as an alternative to the dollar; expanding Beijing’s security architecture by investing in a blue-water Mahanian Navy; and employing the ‘three warfares’ of legal, media, and psychological operations to shape world opinion in the CCP’s favor.

Traditional Chinese legalism that justifies monopolisation of information and ruthless enforcement of law explains the ongoing atrocities on China’s marginalised population.  Commencing in 200 B.C., Han Fei, the father of China’s legalism, influenced Chinese rulers to avoid showing mercy and affection towards their subjects, monopolise information, and follow enlightened self-interest.  This precept of unquestioning loyalty and complete submission of the individual to the state explains the ongoing atrocities and suppression of marginalized societies such as the Uighurs in the province of Xinjiang. Han Fei advocated laws to be strictly enforced within the domestic society and the needs of the state justified state policies.  The baojia and danwei systems of collective responsibility and the guanxi network also have their roots embedded in legalism.  For centuries, rulers in China have relied on Han Fei’s guidance to retain power and suppress mutinies and widespread unrest.  The Qing dynasty rulers and the regimes that followed imposed the baojia and danwei systems to fund the coffers of the state and establish local control in order to protect the interests of the supreme leader. In addition, legalism has been effective in countering dissent inside China, which is viewed as a breakdown of authority.

Finally, hierarchy underlies China’s belief that it is the most important country in the world and explains Beijing’s zero-sum approach while engaging with the world in general, and its neighbours in particular.  Beijing considers itself the most important country in the world, an idea justified by the influence of hierarchy in traditional China and explains the zero-sum approach and myopic win-lose scenarios in international relations.  Chinese thinking is antithetical to the Western notion of the juridical equality of states regardless of size.  In addition, traditional China revered inequality, and the power of superiors over inferiors was close to absolute.  Under these circumstances, contemporary Chinese leaders have increasingly highlighted the geopolitical reality of China being a big country surrounded by small nations to justify a hierarchical relationship that recognises China’s primacy in the system.

In the twentieth century, China hesitantly adopted European institutions and norms of diplomacy and inter-state relations without making normative changes in its culture.  The Chinese government sees this period as a time when foreign empires stole Beijing’s identity, diminished its kingdom, and appropriated its national resources for the benefit of Western society.  Consequently, this period is also referred to as China’s ‘century of humiliation.’  The lessons from this experience reinforce Beijing’s commitment to dictate the terms that countries play by in the international order. Under these circumstances, China considers accepting the existing world order created by the West as detrimental to its national interests.

Sometime in 2021, the Chinese Ambassador to Bangladesh confirmed China’s sinocentrism thought when he warned Dhaka against joining the Quad 2.0 coalition, which in his opinion, aims to target Beijing’s resurgence on the global stage.  In numerous cases highlighting the influence of legalism, in May 2021, the Chinese government routinely arrests Chinese billionaires and their business seized in an effort to bring the country’s businessmen under CCP’s control.

Finally, Beijing’s coercion in the Indo- Pacific aims to establish a hierarchy out from Japan to Taiwan to the Philippines and gain veto over its neighbors’ security and economic choices.  Said simply, Beijing will continue to act in a manner to legitimatize its claim to a superior position within the world order.

In the end, China’s unprecedented rise in the 21st century may very well end up creating an alternate world order outside the existing Westphalian system, with norms that would fundamentally change the world.  So, let the world beware!  And as China celebrates its National Day with much fanfare on the first of October, “may the force” be with the international community to face Kaiser Xi and his vicious plans in the years ahead. 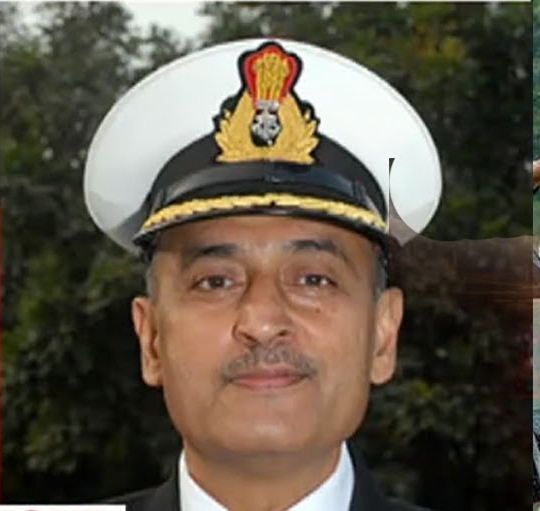