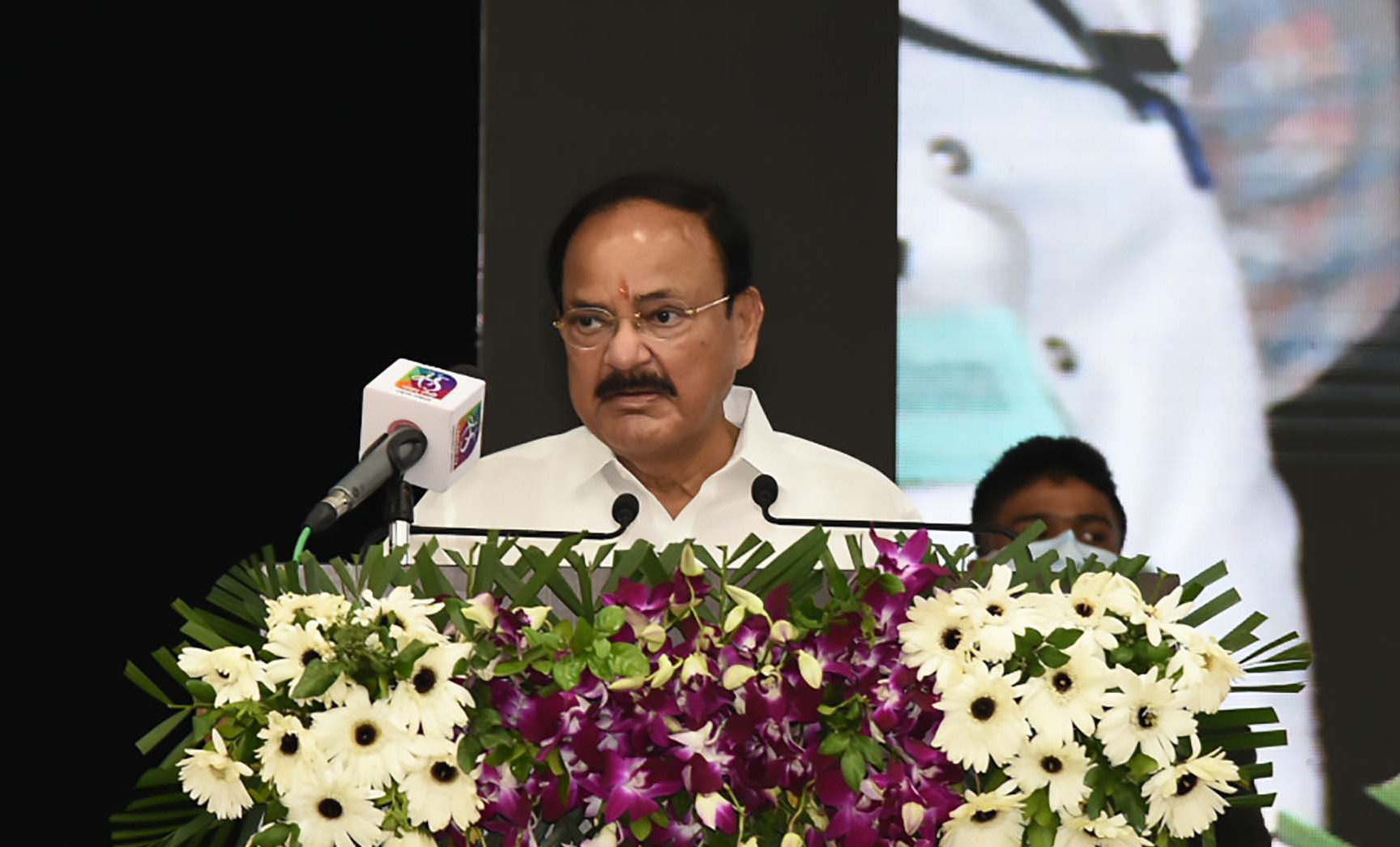 The Vice President, Shri M Venkaiah Naidu today said the emerging geopolitical situation in our neighbourhood is likely to pose new challenges to the border guarding forces and expressed confidence that BSF will continue to thwart the nefarious designs of enemies of peace. The use of drones for smuggling arms and drugs has become the latest challenge, he added.

Addressing BSF officers during his visit to the Force’s Jodhpur Frontier Headquarters today, he said “the way BSF has been securing the borders of the nation for the last 56 years is highly commendable”.

Appreciating the comprehensive briefing given by Shri Pankaj Goomer, IG, BSF along with his team of officers to him, Shri Naidu said the BSF had many great achievements since it was raised on 1st December 1965. He said, the Force fought valiantly the 1971 war with Pakistan in both Eastern and Western theatres and brought many decorations and laurels to the nation.

Referring to the inhospitable terrains in which the Force remains deployed ranging from sub-zero temperatures of Jammu & Kashmir to Thar deserts of Rajasthan where the temperature rises up to 55 degrees, Shri Naidu observed that the Force has proved its capacity to curb insurgencies effectively in different parts of the country. “I am aware that at present, the Force is fighting Naxals in Chhattisgarh and Odisha”, he added.

Stating that the BSF has made many supreme sacrifices in the line of duty to preserve the unity and integrity of the country, he said the force’s vigilance at the borders and counter-action against the enemies and hostile elements reinforces the confidence among the border population and provides a sense of security to them.

The Vice President commended the BSF personnel for extending help to people in distress during natural disasters like earthquakes and floods. He expressed his happiness that BSF personnel have been sensitizing people in border areas on the COVID-19 pandemic and providing necessary support to them under the Civic Action Program.