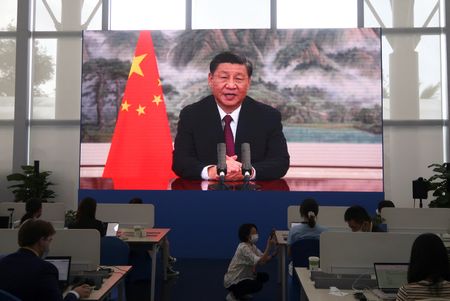 June 15 is a special day in the Middle Kingdom; it is the birthday of the Secretary General of the Communist Party of China.

In 2020, probably wanting to please China’s new emperor, an officer of the People’s Liberation Army (PLA) tried to change the boundary in the Galwan sector and advance the Line of Actual Control (LAC).

A day before, some Chinese soldiers led by Col Qi Faobo, erected tents and an observation post on the LAC in contravention of an agreement arrived a week earlier.

Soon after, Colonel Santosh Babu, Commanding Officer (CO) of 16 Bihar regiment was ordered to make sure that the PLA vacate the post which had previously not been under their possession. He was brutally attacked and killed. The jawans of 16 Bihar decided to take revenge; thereafter followed a free for all.

India immediately admitted to 20 casualties while the Chinese did not acknowledge any (later they said four soldiers had been ‘martyred’). According to different sources (Indian and foreign) some 40-45 Chinese died that day (an investigative report by the Australian newspaper The Klaxon recently said that 38 Chinese troops were for sure drowned in the early stages of the face-off).

Do you think that any remorse has been expressed by the Chinese leadership over the incident?

No, and two years later, China still denies the undeniable facts, while Beijing still hides the number of Chinese casualties; Qi Fabao has now become a decorated hero in China. He was one of the torchbearers for the Winter Olympics 2022 and promoted Senior Colonel and Political Commissar of the Ngari Sub-Military District, opposing India in Eastern Ladakh.

On the occasion of the second anniversary of the Galwan clash, the China Central Television’s military channel released a video of Chen Xiangrong, “one of the martyrs who sacrificed his life for the defense of the Chinese territory during the border standoff with India in 2020.”

The propaganda article says: “Chen Xiangrong died at the age of 19, and the fighting slogan ‘My pure love is only for China’ written by Chen inspires thousands of millions of Chinese people. After two years, many expressed their remembrance for those young heroes.”

On June 15, 2022, the Southern Xinjiang Military District commemorated its four ‘border defense heroes’ in order to “inspire officers and soldiers to train and prepare for war,” says The Global Times.

Wang Zhuoran, another of the martyrs “who sacrificed his life to safeguard national sovereignty and territory in the clash, shared the story of the hero [Chen], inspiring other officers and soldiers to learn from him, practice skills, and fight for the motherland and the people.”

What about the thirty-five or so other casualties? Not a word. The Chinese propaganda does not speak of them; they do not exist.

A reenactment of the battle was even staged showing how the ‘heroes’ defended the country, Beijing reiterating: “Four Chinese officers and soldiers sacrificed their lives, and one was seriously injured during the incident.…In desperation, the border guards resolutely fought back the aggression, achieving major victories and effectively safeguarding national sovereignty and territorial integrity.”

As often in Middle Kingdom, truth is the first casualty.

If one was to reduce the Sino-Indian relations to one fundamental issue, it could be that China has (and will) never take the blame for any wrongs it did in 1962, in 2017 or 2020.

On the contrary since two years, Beijing has constantly blamed New Delhi for starting the standoff along the LAC in Eastern Ladakh. It is what China’s Defence Minister, General Wei Fenghe did again at the recently-held Shangri-la Dialogue in Singapore.

Wei, who is also State Councilor, affirmed: “China and India are neighbours. Maintaining a good relationship meets the interests of both countries and that is what we are working on.…But on frictions along the border areas, the merits of the issue is clear.”

General Fenghe went on to say that India and China have held 15 rounds of Corps Commander level negotiations and the two sides are “working for peace” in the region.

‘Working for peace’ without admitting the wrong, is not conducive to a sustainable solution.

Regarding Taiwan, Wei sent the ‘strongest warning’ to US, saying that Washington’s Indo-Pacific strategy will fail to divide the region; according to The Global Times, “the Chinese armed forces will fight to the very end if anyone dares to split Taiwan from China.”

Wei affirmed that the island was part of China and “the Taiwan question is China’s internal affair. China will definitely realize its reunification.”

Quoting experts The Global Times noted: “it is necessary to send a clear warning to the US, and even if the US ignores the warning and continues its dangerous moves or even crosses the red line, China is ready to solve the Taiwan question once and for all, whether the process is peaceful or by force.”

After his speech at the Shangri-La Dialogue, Gen Wei declared: “Let me be frank. China’s policy on nuclear power is consistent. We use it for self-defense, we will not be the first to use nuclear power.…We develop nuclear capabilities to protect the peaceful hard work of the Chinese people and to protect our country from the scourge of war, particularly nuclear war.”

Preaching for a Global Community with a Shared Future

In recent times, Xi Jinping has repeatedly pleaded for “a global community with a shared future.”

In January 2022, Wang Yi, China’s Foreign Minister asserted: “[Xi] is personally involved in the planning and successful conduct of head-of-state diplomacy. …The endeavor to build a community with a shared future for mankind, a vision radiating the light of truth in a changing world, made progress across the board, from Latin America and the Caribbean to the Middle East, from BRICS to the United Nations (UN), and from ecological conservation to digital governance.”

Incidentally, since 2018, the phrase “a community with a shared future for mankind” is now enshrined in the preamble of the Constitution of the People’s Republic of China.

Those who believe that a quick solution could be found in Ladakh, should think of this; China is constantly engaged in plain double talk.

The Refusal to Admit the Facts

All this does not augur well for the 16th round of talks to be soon held between the Senior Army Commanders in Moldo/Chushul. It is clear that China will not admit its guilt and therefore will refuse to disengage, particularly in Depsang and Hot Springs, especially a few months before the 20th Congress in Beijing which may witness tsunamic changes in China.

The refusal to admit historical facts has another aspect: if China admitted to have crossed the line in Ladakh, the Emperor would lose face and would be forced to acknowledge that he acts contrary to his own preaching about the ‘peaceful rise of China’.

Take the 1962 border war with China, which, in a few months, is going to be celebrated in a grandiose way in Beijing, by putting the entire blame on India; it has already been announced that Zhang Xiaokang, the daughter of Gen Zhang Guohua, the commander of the Tibetan Military Region in 1962 is planning to publish a book: One Hundred Questions on the Self-Defense Counterattack on the China-India Border.

The book is based on interviews with veterans who participated in the War; Zhang is said to have collected “first-hand information, reflecting the counterattack in a panoramic manner, especially telling the heroes, meritorious soldiers, martyrs, wounded and other [stories].”

An introduction to the book says: “Although a sixty years has passed since this war, it has not been forgotten with the passage of time, and generations of soldiers and military fans have always been interested in this counterattack. She will explain “how could [China’s] army wipe out more than seven brigades of the Indians’ most elite ace force in just a few days when they did not have much advantage in terms of strength and firepower?”

Unfortunately, the leadership in Delhi does not see the interest for India to highlight the glorious battles fought by the Indian Army on the Namkha chu (2 Rajput), in Walong, Rezang-la or elsewhere.

It probably means another battle won for the Chinese propaganda.