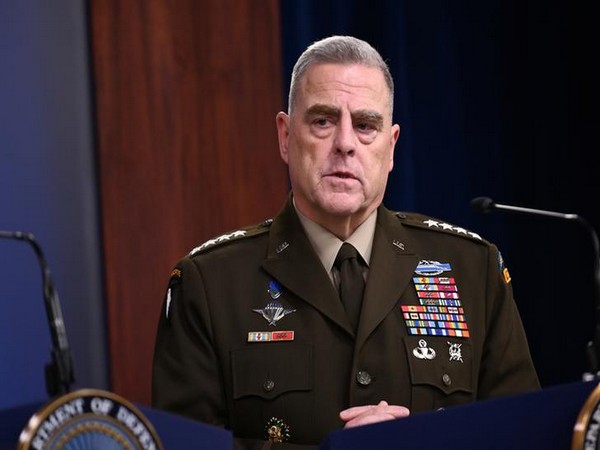 Washington DC [US], July 22 (ANI): Taliban are propagating “inevitable victory” in Afghanistan with control over early 212 district centres, said a top US general on Wednesday. He, however, added that the “end game” is yet to be written in the war-torn country.

Addressing at a press briefing, US Joint Chiefs of Staff Chairman Mark Milley said, “There is clearly a narrative out there that Taliban are winning. In fact, they are propagating inevitable victory on their behalf. As of today, more or less, I guess it is about 212, 213, it is in that range. The district centres are in Taliban control, it is about half of the 419 that are out there.”

Milley pointed the Taliban have seized a significant amount of territory over the last six months, however, they have not taken over any of the provincial capitals. “You have got 34 provincial capitals in Afghanistan. None of them has been seized as of today by the Taliban, although they have been putting pressure on the outskirts probably on half of them. They are trying to isolate the major population centres.”

Milley said that the US is monitoring very closely, and “I do not think the end game (in Afghanistan) is yet written.” Since the US announced its withdrawal plans in May, Afghanistan has witnessed a surge in violence in the war-torn country. The pullout is scheduled to be completed by August.

US Defence Secretary Lloyd Austin noted that US forces are still on track to leave Afghanistan by the end of August, but a small, robust presence of American troops will remain in Kabul to provide security to the diplomatic facilities and the international airport. (ANI)