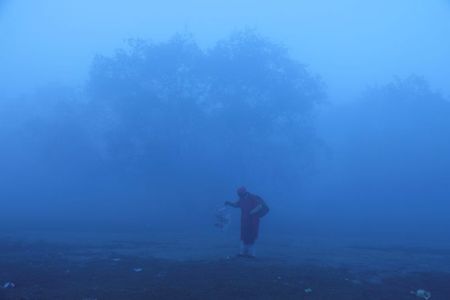 By Neha Arora and Mayank Bhardwaj

NEW DELHI (Reuters) – New Delhi has lifted a ban on construction activities as air quality improved marginally, but schools and offices will remain closed until at least Wednesday, its environment minister said on Monday.

Delhi’s Air Quality Index (AQI) dropped to 303 on a scale of 500, down from 499 nearly a week ago, when a thick haze hung over the city of more than 200 million people. The current AQI levels still indicate “very poor” conditions, according to government monitoring agencies. “Air quality is slowly improving,” Gopal Rai, the capital’s Minister for Environment, Forest and Wildlife Development, told a news conference. “Labourers were facing difficulties, and that is why we have decided to resume construction activities.” He said the authorities would monitor construction sites to ensure that builders follow dust-control measures set out by the government.

In an interview with Reuters late last week, Rai said the city would consider restricting private vehicles to driving on alternate days if severe air pollution continued to plague India’s capital. Apart from banning construction, the city government had also shut schools and offices, allowing people to work from home. Rai told the news conference the authorities would review the city’s air quality on Nov. 24 and then decide whether to reopen schools and offices. “We are closely monitoring,” the minister said. He also urged residents to use public transport.

Air quality deteriorates sharply in the winter months in Delhi, often ranked the world’s most polluted capital. Pollutants emanating from crop residue burning, transport, industries and coal-fired plants outside the city tend to get trapped as temperatures fall during winter.