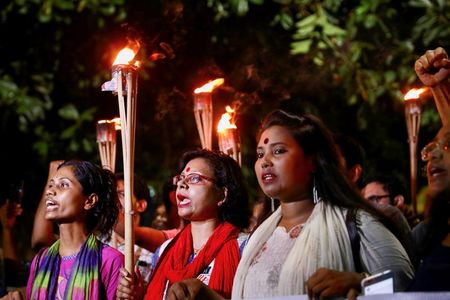 What is at stake in Bangladesh for India is much more than Hindu temples and Durga Pooja. Those who are attacking these Hindu symbols are actually attacking India and undermining India’s strategic interests in the region.

The vandalism, riots, killings of Hindu priests and attacks on Hindus in rural areas have been going on for some time now in Bangladesh. Initially it started with attacks in remote areas with predominantly Hindu population. Such incidents were dismissed as sporadic and property related local squabbles and the cases about such attacks were closed after some ‘miscreants’ were arrested. Sometimes these incidents were even given political colour and reported as a skirmish between factions of two main political parties, the ruling Awami League and the Bangladesh Nationalist Party (BNP). Even a cursory look at the series of attacks, background of people involved in them, the ideological underpinnings of such attacks and the overall narrative that some of the radical Islamic outfits are spinning, will reveal more than what meets the eye.

The recent attacks have got highlighted, and rightly so, for a number of reasons. This time the attacks on Hindus, temples and Durga Pooja pandals began with the usual story, ‘insult to Quran’. It is not very difficult to ignite a riot using the ploy of ‘insult to holy book’ in a highly radicalised atmosphere, especially if the perpetrators of the crime have strong political links and patronage.

The Awami League government under Sheikh Hasina came to power about twenty years back on the promise of providing a corruption free government based on democratic credentials and freedom to profess a religion of one’s choice. But the biggest challenge she faced was from the Islamic fundamentalists who had reportedly tried to eliminate her through as many as nineteen attacks.[1]

Even on the international front Bangladesh had very little support from the Western world. To begin with, the US was against the very idea of the liberation of Bangladesh and had threatened India by stationing the Seventh Fleet in the Indian Ocean close to Chittagong port. India faced the challenges including the risk of fighting a three front war but finally succeeded in liberating Bangladesh and annulling the tragic Partition of 1947, albeit, partially.

The first government under the immensely popular leader and torchbearer of the freedom struggle Sheikh Mujibur Rehman projected a secular and liberal government though the Islamic principles formed the broad parameters of the Constitution. His assignation in 1975 was a terrible setback to secularism and democracy. Major General Zia ur Rehman who seized power in the infamous 1975 coup took the path of Islamic state and rejected the principle of secularism in governance.

For some time there were genuine apprehensions among the security and the strategic community in India and elsewhere that the liberation will soon be a thing of the past and the “new state” will be back in the fold of its erstwhile rulers in Islamabad. But the new political party, Bangladesh Nationalist Party (BNP) prudently kept a safe distance from Pakistan but anchored the government firmly on Islamic principles using it as a political tool against the Awami League. This is when the Islamic fundamentalism raised its head again and began to gain ground. Attacks on Hindus, vandalising Hindu Temples, attacks on Buddhists and Christians and also on liberal thinkers were carried on unabated, at times with the full support of the ruling establishment. It was in such testing times that Sheikh Hasina entered the portals of power and steadfastly decided to eliminate Islamic radicalism.

New Delhi decided to throw its weight behind Sheikh Hasina in her fight against anti-secular and anti-democratic forces. But strangely and much to the shock of New Delhi and Dhaka, the then US Secretary of State John Kerry suggested to Dhaka that the trials of the leaders of Islamic radical outfit Jamaat-e-Islami of Bangladesh should be called off.[2] The US was even against designating them as war criminals, which undoubtedly, they were. To her credit, Sheikh Hasina did not heed to the advice of the US and punished the Jamaat leaders who were part of the genocide in Bangladesh along with the Pakistani army which later surrendered before Indian army in 1971.

Sheikh Hasina’s problems did not end here. The ISI of Pakistan decided to increase its shenanigans in Bangladesh and create many more radical outfits to create riots and mayhem in Bangladesh. One such outfit Hifazat-e-Islam announced a siege of Dhaka on 05th May 2013 which was suppressed with an iron hand by Hasina.

But there seems to be no let-up in the activities of the radical groups. The Islamic radical groups have reportedly been active in recent times increasing their pressure on the political parties especially the Awami League government and seeking to change the rules of political engagements. The pressure to toe Islamic principles in governance is increasing. The pressure to delink the economy and cultural connects with India is also increasing.

There were massive protests against Prime Minister Narendra Modi’s visit to Dhaka as part of the fiftieth anniversary celebrations in Bangladesh. The decade old radical Islamic outfit Hifajat-e-Islam (HEI) which led the protests against Modi has already given a thirteen point demands list to the government. These demands would make the Taliban look like greenhorns in radicalism. In fact there could be a strong link between the Hifajat-e-Islam and the Teheric-e-Labbaik of Pakistan which has been spearheading a movement for a stronger blasphemy laws and many other radical Islamic agenda.[3]

Political expediency has already resulted in Dhaka watering down its ‘secular’ stand. Under pressure from these groups, seventeen popular stories and poems by non-Muslims and Darwin’s theory of evolution have been removed from school curriculum. The statue of a sari clad woman holding a sword and a scale depicting ‘Lady Justice’ that adorned the Supreme Court building has been removed as it was considered “un-Islamic” by the HEI-objection being to both sari and the statue.[4] The sculpture, by the local artist Mrinal Haque, was installed in front of the court in December, and depicts a woman in a sari clutching a sword and scales, similar to the traditional depiction of the Greek goddess Themis although the sculpture himself clarified saying, “This is a Bengali woman, wearing a sari. There is nothing Greek about it. This is nothing but a symbol of justice.”

There can be two opinions that the attacks on Hindus and other minorities should stop and the criminals be punished. But this cannot be left to Dhaka alone nor can it be achieved by criticising the present government. The strategy behind the recent attacks on Hindus in Bangladesh has to be understood in its entirety. These attacks are part of an ongoing series of tactics to achieve the ultimate objective of a regime change in Dhaka and destroy the camaraderie between New Delhi and Dhaka which will ultimately undermine the regional balance and economic development much to the detriment of the countries involved. Such a situation will naturally benefit Beijing which in any way is upset over India gaining elbow space in the region of its legitimate influence. India’s strategic and security interests in the immediate and extended neighbourhood should be sufficiently insulated from being undermined by radical elements that could be having links with Islamabad and Beijing. 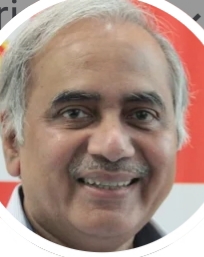