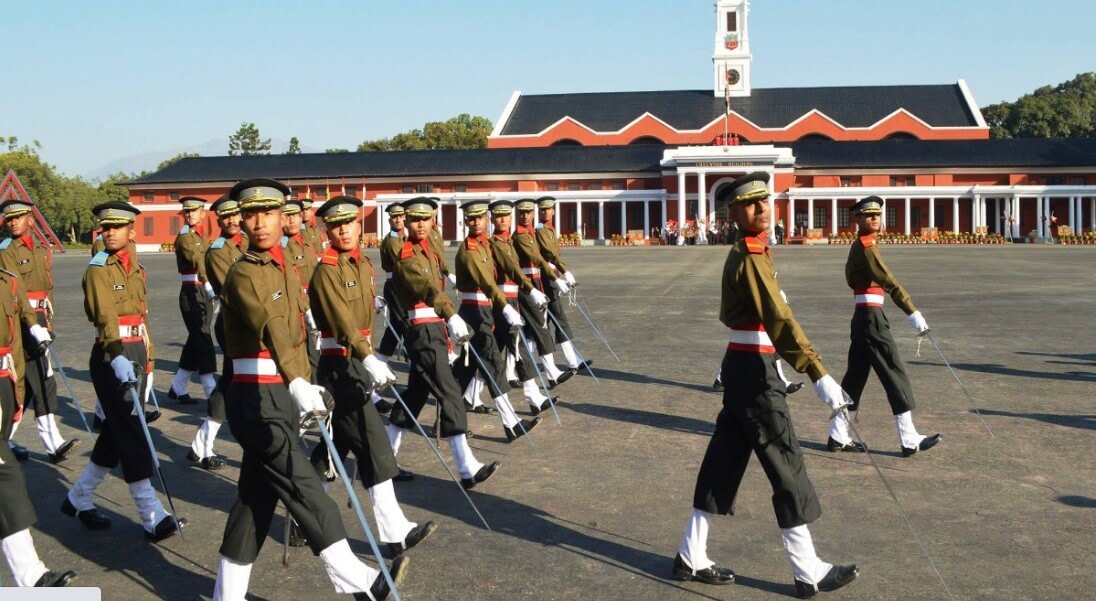 There’s much shock and dismay over the recent reports – first of a question paper leak for recruitment of soldiers in which two Majors were found responsible and the second a larger one in terms of numbers where officers and family members are suspected to be part of malpractices in the selection of officers for the armed forces at the  Service Selection Centre in Kapurthala .  Both the exposures were a result of proactive operations carried out by Military Intelligence agencies based on internal tip offs .  Many lament the decay that has set in the Armed Forces .

Soldiers embody a certain larger than life stature symbolizing a commitment to something greater than ourselves embodying terms such as integrity, loyalty, duty, courage, honour among others. And it is this preconceived psyche that makes us read recent news of a scandal in the armed forces with disbelief and disappointment. In a country where scandals break out on a daily basis—this appears to many like the cracking of the edifice upon which our armed forces stand. But perhaps it is not as serious as it is made to appear in the media and indeed even if it is, it shouldn’t surprise us at all. The soldiers are drawn from the same milieu as the rest of the country.

While the attitudes and values of those entering service are as varied as our backgrounds, we are all products of concerted efforts to get the very best youth to serve and protect our shared destinies. Not unexpectedly, there is a shared uniformity when it comes to average height, weight, medical, and educational standards; by the time we graduate into the ranks of the Armed Forces, there is a fierce loyalty and sense of belonging to the institution that shaped us. For those of us who have worn a uniform qualities expected of  soldier are often embedded deep in our psyche. A large  percentage of veterans, if asked, will say that they will choose the Indian Armed forces as a career all over again—viewing it as a mark of honour, pride, and professionalism to serve both country and fellow citizen.

There is a parallel reality here: the cultivation of legends and myths around soldiers—ably crafted and sustained over decades by Bollywood, and legions of authors and reports. While these larger-than-life stories have their roots in genuine heroism, they blossom into a very different genre under the skilled hands of screenwriters. This, unfortunately, creates virtual pedestals that every soldier is carefully placed upon; it is an imagery that masks a singular fact. Under every military uniform beats a very human heart. And realizing that fact will also help recognize the truth: people in uniform make mistakes too. To the Indian Army’s credit, they have immediately stepped up to identify the issues and resolve the problem.

Even as the country is distracted by the scandal in the recruitment, we should never lose focus on what really matters—the inspiring sight of so many young men and women continuing to step up today and defend the Indian Constitution by serving in the Armed Forces. Occasionally there may have temporary impact on finding the right candidates in right  numbers, but what we continue to see among the many who wish to join a sense of enduring patriotism, a sense of serving something larger than any single individual—a genuine mark of faith in the values of this nation.

This scandal is not the end of the world; what it shows the nation is an Army that is capable of confronting its ghosts. There is a measure of maturity shown in not hushing a scandal ‘for the good of the Army’.

Their action shows new recruits that the Indian Army still stays true to its ethos: Fidelity, Honour and Courage—asking rank and file to always choose right over wrong; truth over falsehood; the hard over the easy; and the inconvenient over the convenient. For those who serve, or have served, this also means doing what is expected of us, especially when we are not watched—and knowing that if we deviate, the Army will hold us to account.

Col (Dr) DPK Pillay, Shaurya Chakra, is a decorated  veteran and holds the distinction of serving in both the Ministry of Defence Secretariat and in the National Security Council Secretariat . He served with the ICRC as a Military Advisor in the Middle East before returning to MP IDSA where he is a Research Fellow.

Mar 22, 2021
Having spent even time in the Govt and in private sector, can say that "cultural alignment" to the mission, vision and values is unparalleled in the forces. That little card carried in the right pocket saying "Naam, Namak, Nishaan" says a million things to the soldier. Aberrations, yes, they come as they do in other organizations. What sets forces apart is the pursuit of closure of these things which hurt the three Ns.

Mar 22, 2021
Absolutely correctly bought out by none other than a military legend himself. The Armed forces are a reflection of the society we live in, which is suffering from a moral decay. However due to strong ethics and ethos of the Armed forces this gets arrested and punitive action taken against defaults.

Mar 22, 2021
Well balanced view by a dedicated soldier Col Pillay, yes there is always a scope for improving the deficiencies in any system, accept and rectify

Mar 22, 2021
Thanks for bringing this scam to people's attention. Yes, I doubt anyone would be surprised to read this article. Instead of a minor mistake, it is a big mistake. Selection should be based on merit. The Indian Army showed two weaknesses: scams and security issues. How can someone leak classified information? It's a shame. I'll just say one word to the scandalars: "Please don't make the army your business. At least try not to sell your mother (Mother India)." How will these hire-on-corruption soldiers serve the country honestly? I think the fate of the country now depends on some honest soldiers. Has anyone taken responsibility for taking action against those abominations? Your article raises many questions about national security. What examples have they set? Well, patriotism does not require a person to wear a uniform. I hope someone will take appropriate action against them for the sake of the country. well, Kharbooja doosray kharboojay ko dekh kar apna rang badlta hai.

Mar 22, 2021
Very well covered... A well balanced write up. It's the hallmark of defense forces not to bury such acts under the carpet but to book the guilty promptly thus cleaning it's house & restoring the system to its glory.... Thanks for penning it down DPK

Mar 22, 2021
......it's a fact that as an organisation Defence forces don't shy away from taking action against the wrong doers within the organisation and & clean their house. All aspects are Very well covered .

Mar 22, 2021
A very balanced insight Col Pillay. Understanding that a soldier is also a human and the fact that they come from same socio mix is important.