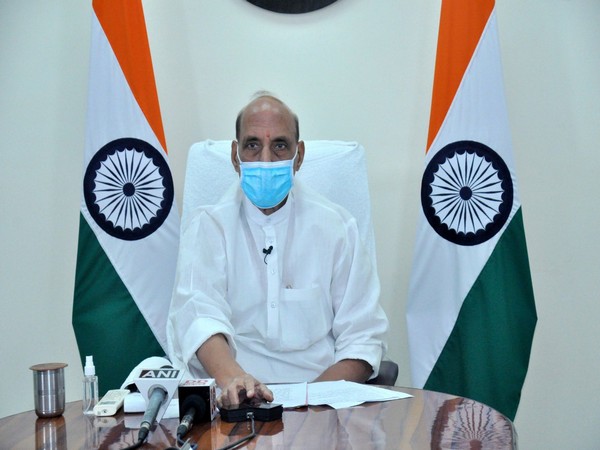 New Delhi, Mar 22 (PTI) The Defence Ministry on Tuesday approved the procurement of Rs 8,357 crore worth of military platforms and hardware, including air defence fire control radar and GSAT-7B satellite.

Acquisition of these equipment and systems will enhance operational preparedness of armed forces by providing better visibility, enhanced mobility, improved communication and increased capability of detecting enemy aircraft, it stated. The grant of ‘Acceptance of Necessity’ clears the way for the tendering process to start.

As an impetus to “Aatmanirbhar Bharat”, all of the aforementioned proposals have been approved under “Buy Indian (IDDM)” category, the ministry noted. IDDM stands for indigenously designed, developed and manufactured. All modernisation requirements of defence forces will be indigenously sourced, the ministry  stated. “In a path-breaking initiative to encourage innovation, the DAC also accorded consolidated Acceptance of Necessity for procurements amounting to Rs 380.43 crore from the iDEX startups and MSMEs,” it mentioned. Singh said on Twitter that the DAC accorded Acceptance of Necessity for procurement of 14 iDEX products within 30 months of contract for prototype development. “Simplified iDEX procurement has been introduced. AON to Procurement timelines reduced from 2+ years to 5 months, keeping in line with the innovation ecosystem!” the minister added.

Prime Minister Narendra Modi had launched the iDEX initiative in April 2018 to foster innovation and technology development in defence and aerospace. Under iDEX initiative, startups, MSMEs and research institutes are engaged and funded by the Defence Ministry. The DAC on Tuesday also approved “effecting” certain policy initiatives in the Defence Acquisition Procedure-2020 to “accelerate the pace of indigenisation, achieve self-reliance in defence and to facilitate ease of doing business for defence industry”, the ministry stated.

One of the policy initiatives “effected” on Tuesday was that all modernisation requirements of defence forces will be indigenously sourced and import will be resorted to only as exception, it said. Another policy initiative effected in the Defence Acquisition Procedure-2020 was that the vendors whose products are successfully trial evaluated will be provided a certificate to that effect, it noted.

“To reduce financial burden on defence industry, requirement of IPBG (Integrity Pact Bank Guarantee) is to be dispensed with and Earnest Money Deposit (EMD) to be introduced as bid security and PCIP (Pre Contract Integrity Pact) cover up to contract stage,” stated another policy initiative that was effected on Tuesday. EMD will be applicable only for proposals of Rs 100 crore and above and MSMEs and startups will be exempted from EMD, it added.