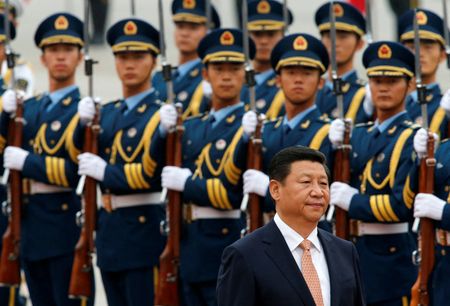 There has been the usual high symbolism and loaded political rhetoric of Chinese leadership that was witnessed during the 20th National Congress of the Chinese Communist Party. Comrade Xi Jinping’s thoughts on socialism with Chinese character in new era to make China a great power was central to proceedings.  The biggest Chinese challenge happens to be a conceptual contradiction between the communist ideology and practice of market economy sans democratic participation. It has visible signs of disturbed social order that seems to be a major concern of the ruling elite. Nationalism, therefore, was high on political discourse so as to curb the dissent and perpetuate the party hold over the masses. The Chinese doctrine of “More the internal weakness – More the external strength’’ was clearly visible in the future road map of the middle kingdom.

Overall, there seems to be nothing new or a change in Chinese political outlook as their mind set appears to be the same.  Zero covid syndrome, Hong Kong & Taiwan issues and politico-military forays into other regions were once again highlighted as national priorities. The exception to the usual proceedings has been a presentation on a non-armed confrontation at sub tactical level that took place at Galwan in June 2020. The presentation was part of CPCs achievements and later Xi also boasted high of this clash.

Inclusion of Qi Fabao, a junior officer who was injured in this clash as part of PLA delegates cannot be missed for its political significance. He has also been part of anti-India narrative in Chinese propaganda machinery since February 2021 wherein he was made one of the torch bearers in the winter Olympics.  Projection of Galwan episode at the highest political level has deeper connotations and one has to read in between the lines to assess Chinese intentions.

This confrontation was a pre meditated deliberate action by China in defiance of agreed protocol for disengagement on unsuspected Indian Commanding Officer and his small team. Despite being outnumbered, the Indian soldiers inflicted heavy casualties on Chinese troops which amounted to a military setback to them. China probably has not reconciled to the fact that their troops were found wanting in taking on Indian soldiers and could not achieve their intended objectives. China has been evasive on number of casualties suffered by them. It speaks volumes of their deceitful practices and utter disrespect to their own fallen soldiers in line of duty.

China is attempting to showcase a military setback as a triumphant achievement through false propaganda. It, obviously, has been done to invoke nationalist sentiments and justify actions of the top leadership, besides assuaging the angst of families of fallen soldiers. At the same time, China is trying to convey a sinister coercive message to India as part of psychological operations.  While such subversive misinformation may appeal to their internal constituency, there are few takers outside China.

The Chinese objective for moving into Eastern Ladakh is assessed to extend her territories through salami slices up to their perception of LAC. Occupation and consolidation of new areas of tactical advantages also seems to be part of their design. However, they were forced to make a partial retreat due to resolute Indian response and threat to vulnerable southern flank. China seems to have orchestrated the Galwan episode to achieve morale ascendency and deter India from executing any move that shows China on back foot. However, Chinese plans have not succeeded so far and only amounted to their loss of face. That is the reason of their consistent evasive conduct and attempts to go slow on process of disengagement in remainder areas.

President Xi Jinping has taken initiative in two major political investments, namely CPEC and complete the unfinished task left in Ladakh by Mao Tse Tung in 1962. The CPEC is not progressing as per planned lines, and China is stuck in Ladakh. Hence, it is a compulsion for Chinese President to take these projects to a logical conclusion lest national ambitions take a beating. Therefore, going back on Ladakh issue is not an option for the President Xi as it is a matter of personal prestige now. They are surely looking for an opportunity to attain position of strength by creating a situation which may be seen as a military victory before they de-escalate.

The composition of new standing committee speaks a lot on the ‘India obsession’ of President Xi. It has three personalities who have dealt with India closely. One has been associated with the foreign affairs and two Generals who have been commanders of Western Theatre Command responsible for operations against India. Out of these one had executed the Doklam intrusion in 2017 and the other one was the Commander till 2019 and probably involved in plans for Ladakh incursion. The President is reported to have used the word ‘security’ 91 times as against 55 times five years ago. It is reflective of his priorities and an indication of things to come during his third term.

Further, China has constructed additional airfields, heliports, roads, bridges, storage shelters and habitat for large number of troops in Aksai Chin close to LAC.  Looking at such facilities, China may well be working on a design to convert LAC into a LOC. Alternately, if China decides to disengage now due to some pressing reasons, they have logistics structures in place to come back again at time of their choosing.  China, therefore, is expected to maintain sufficient forces on permanent basis that would keep India on tender hook.  China would continue her efforts to break the Indian strategic patience by delaying tactics and coercive moves to create psychological stress. It may not happen, given the political will and military resolve displayed by India since China moved into Ladakh.

China is also well aware of Indian strategic leverages over maritime space that has the capability to impact Chinese economic lifeline. Moreover, India being part of QUAD further enhances the deterrence for China not to cross the red line on land borders and Oceanic spread. Accordingly, China seems to be keeping the ‘water warm but not boiling’ as of now waiting for a right moment to strike.

The Chinese hegemonic political conduct under Xi has impacted on her good will and credibility that has impacted her economy and concomitant loss of industrial production and jobs. Add to above, the execution of zero Covid policy has been rather harsh and has alienated the population against the ruling dispensation. In such an environment, the best way to divert the attention of the public is to rake up Taiwan and Ladakh issues to reposition himself as a strong leader. It, obviously, is a self-projection exercise intended to neutralize the criticism under cover of national calling.

Nomination of Xi for the third time is indicative of perpetuating his aggressive policies against India, Japan, Taiwan, Hong Kong, Indo-Pacific and rest of the world. BRI, a brainchild of Xi would continue to get a boost for economic expansion of China. China would also work towards creating a cartel of Eurasian nations to counter balance the western world in geo political arena. At the same time, she is trying to be politically correct by talks of diplomacy to resolve the contentious issues including ‘one nation two systems’ option and similar middle path solutions. However, taking a cue from Russian intervention in Ukraine and reluctance of western powers to join the war directly, China may be bolder in her future military calculus.

Overall, there is a well calculated mix of hidden threats and play list of psychological warfare indicative of Chinese internal as well as external political assertions. What is consistent and unique in all the Chinese meets is talk of confrontation and jingoism with almost everyone around. This session is no exception to this precedence, reflective of Chinese self centered outlook with centrality of deceit, duplicity and cultural hubris in their political conduct.

It is ‘not an era of war’ was enunciated by Prime Minister Modi recently in context of Ukraine war. It holds good for enduring global peace and harmony. However, China is known to defy sensitivities of rest of the world and act differently.   Apropos, Chinese military adventurism cannot be ruled out in varied theatres of Chinese strategic concerns. Military overtures beyond gun boat diplomacy against Taiwan, or other areas in Indo-Pacific may invite US response, hence unlikely to be upgraded to next level. Also, India figures high in Chinese military matrix as it is the only sector where China has chosen to mobilize the troops since more than two years with a decisive purpose.

India, therefore, has to be prepared for inimical contingencies that may be created by China under Xi who nurtures ambitions of becoming the greatest Chinese leader, and also see the world at his feet. History is replete with political fantasies of dictatorial leaders and their irrational decisions to fulfill them. The events may turn all of a sudden defying all assessments, rationale and logic. It has happened earlier, hence need of utmost caution and operational readiness to defang the dragon.

Given the Indian political will, economic standing, military capabilities and strategic leverages, it may not be easy for China to achieve what they have in their minds. China appears to be unrealistic in their political calculus and continue to be on the wrong side of history with self-ordained legacy narratives. 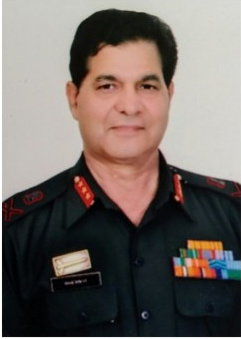 Nov 11, 2022
Why does anyone feel the need to decipher? The Chinese are quite clear, there is no cipher. Far as they are concerned, they are a superpower, that was humiliated before, and now is so powerful that everyone is scared of them, and will therefore will bend to their commands. Taiwan is theirs, Northeastern India is theirs, Kashmir is theirs, technology developed by others is theirs, Australia and New Zealand are already theirs, Pakistan is their fully owned slave, and Africa is theirs (what with their huge investment). What deserves analysis, and not speculation, is how is the west responding. Europe is giving in entirely. I.e., they are appeasing China. Chinese have only one foe they take seriously; i.e., US-UK. China's future depends entirely on what and when US and UK do. We can watch, but deciphering is not needed because the Chinese are not speaking in code. They are speaking with an army and their large stockpile of cash, and a strident segment of the young population they have trained to function as aggressive dragons. They will continue provocations and aggression on our border sanguine in the knowledge that we do not have operational or tactical advantage over them (never mind strategic advantage). Whether their assumptions about the world caving to them are true or not will be clear if, and only if, they attack Taiwan. They will therefore do all the huffing and puffing one can do, but they will not attack Taiwan, nor will they strike any target (with the exception of India), militarily. The Modi government is doing the right thing. Buying jets that can strike targets in China, and developing missiles that can target Chinese cities. I commend the Modi government for this, and for the fact that under Modi, defense procurement is not tainted by scandals of the type that were common during the Congress government. India is fine as long as we have Modi.

Nov 04, 2022
Very conclusive and in depth analysis with regard to Chinese strategies in eastern Ladakh and more so to come out of the debacle of Galwan which might be torturing Xin ping's mind . India to remain vigilant as ever. Very nice. Thanks Gen. Saheb for such brilliant analysis always.