China’s New Border Law – For What? 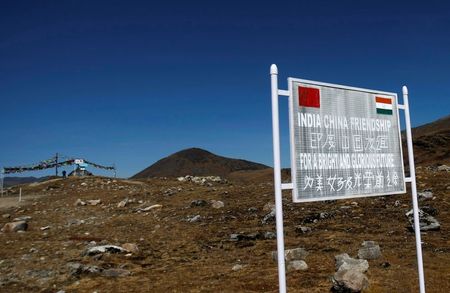 The People’s Liberation Army (PLA) seems to be in turmoil. Constant changes have been taking place at the highest level, particularly with the generals posted on the border with India; this could partially explain the need for a new Land Boundary Law in China. We shall come back to it.

For now, take the case of Gen Xu Qiling; in May 2020, he replaced Lt Gen He Weidong as Commander of the WTC Ground Force (GF); this was a crucial job, post-2016 reforms, as the Tibet Military District (TMD) as well as the Xinjiang Military District (XMD) came under the partial control of the PLA GF.

The surprising fact was that the vital post of GF Commander in the WTC had remained vacant for more than five months after Lt Gen He Weidong had been transferred as Commander of the Eastern Theater Command (ETC).

Can you imagine such an important post not being filled for several months in the Indian Army?

Xu’s late appointment occurred when the Chinese walked across the Line of Actual Control (LAC) in Ladakh; Gen Xu had obviously been brought in to coordinate the operations on the front.

In December 2020, Gen Zhang Xudong had replaced Gen Zhao Zhongqi, who is credited with starting the Doklam episode. After four months of service, Zhang Xudong was replaced by Xu Qiling; the rumor that Zhang had suffered from lack of oxygen and mountain sickness did not hold water (Chengdu, the WTC’s headquarters is located at 600 m above sea level only). Eventually, Zhang died of a cancer on October 1, 2021; then Xu Qiling also disappeared; some serious observers speculated about a mysterious disease.

Now to the surprise of many, Xu Qiling has reappeared as the Chief of Staff of the important Joint Staff Department, a post held by Gen Li Zuocheng, a member of the all-powerful Central Military Commission (CMC); does it means that Gen Xu is a few weeks away from Heaven: the CMC. In a year and half, he has had a meteoric lift from WTC’s GF Commander to the gate of the CMC. This obviously does not follow any ‘rule of law’ so dear to Xi Jinping.

It however shows that there is a lot of arbitrariness and ad hoc decisions in an area involved in an armed confrontation…and in negotiations with India?

I don’t even mention here the fact that the 13th round of talks was recently conducted in Chushul/Moldo without an officially-appointed Chinese counterpart to the Indian 14 Corps Commander.

The ‘Land Boundary Law of the People’s Republic of China’ has to be seen in this context of a rapidly changing situation on China’s Western borders and the unexpected-long (for Beijing) confrontation with India; some in the Communist Party (and particularly in the Central Committee and the National People’s Congress or NPC) are bound to question the rationale of the confrontation with India and the gains acquired from it; it is with this background that some rules have to be drawn.

On October 24, Xinhua published a draft of the new law which will come into force on January 1, 2022; it assigns roles not only to the CMC, PLA, but other stakeholders too.

Though many observers questioned the utility of the Law (and its ‘serious’ implications for India), it has to be seen in the general context of lawlessness in China where many of the players often act independently; in other words, the lack of coordination between the different involved parties.

China has recently greatly improved the infrastructure on its side of the border, but the legal framework for the border management needed to be enhanced.

In an article titled China law tightens land borders amid regional tensions, The Nikkei analyzed a new Chinese law which was passed on October 23 by the NPC Standing Committee; according to the Japanese paper: “China’s top legislative body passed a law to strengthen the country’s land borders amid rising tensions with India over disputed territory and concerns over a possible influx of Islamic extremists from Afghanistan.” It is probably not the main rationale for the law.

One first point needs to be noted, why this hurry? Why should the NPC’s Standing Committee enact this law? It is strange that it couldn’t wait for the March NPC meeting? Were the many clarifications brought by the act urgently required? The hardly legal language of the Act needs also to be noted.

Further, here could be an internal angle behind this; Xi Jinping does not control everything in the Kingdom.

It is clear that the PLA will keep its leading role in protecting China’s borders, but now the role of the paramilitary forces and other agencies is acknowledged.

Importantly, the armed forces can use weapons “against people illegally crossing borders if they engage in violence, as well as banning the use of drones and model airplanes near borders without permission.”

Have the Chinese legislators kept the Galwan incident in mind?

It appears that it is not the responsibility of the PLA to conduct talks. Further, Article 16 made it clear that the State (the Central Government) and its land neighbours “shall negotiate and conclude treaties on the delimitation of land national boundaries to stipulate the course and location of the land national boundaries.”

It seems to hint that it is not the role of the PLA to negotiate ‘settlements’.

What it means for the current round of talks is not clear, but at one point in time, Beijing (read the Ministry of Foreign Affairs) will probably step in the ‘military’ talks in Chushul/Moldo.

The provincial governments too, have their own responsibilities defined; it is also clear that they should not step out of the legal guidelines.

But Article 7 says that “under the leadership of the Central Military Commission, the relevant military organs shall organize, direct and coordinate the defence and control of land national boundaries and borders, the maintenance of social stability, the handling of emergencies, border defence cooperation and related work.”

The role of the CMC remains central.

These villages are here to stay, no doubt about this.

One clear implication of the new law is that there will be far better coordination between the PLA, PAP, PSB, the Border Defence Force, the Militia, the local governments as well as China’s Ministry of Railway or Water Resources, but also the Ministry of Foreign Affairs.

Ultimately, it means a far greater efficiency in case of a border conflict; it would, in addition, take care of an action by a rogue General if he, on his own initiative, decides to start a new front on the border (as it has happened in the past).

The law specifically says that infrastructure facilities for transport, communication, surveillance and defense can be built on the Chinese side of its borders, but no organization or individual can build durable structures near borders without China’s approval. For India, it gives a clear message about who is in charge of the frontiers.

Ultimately even if there is nothing really new in the new law, it provides a far better control to Xi Jinping and his CMC colleagues in case a critical situation arises; it may eliminate the negative effect of the Chinese current flux and bring some ‘legal’ stability. This should be noted by India.

Claude Arpi is French-born author, journalist, historian and Tibetologist. He is the author of several books including India-Tibet Relations (1947-1962) in 4 volumes and The Fate of Tibet: When Big Insects Eat Small Insects.  He has written several articles on Tibet, China, India and Indo-French relations. He is the director of the Pavilion of Tibetan Culture at Auroville.