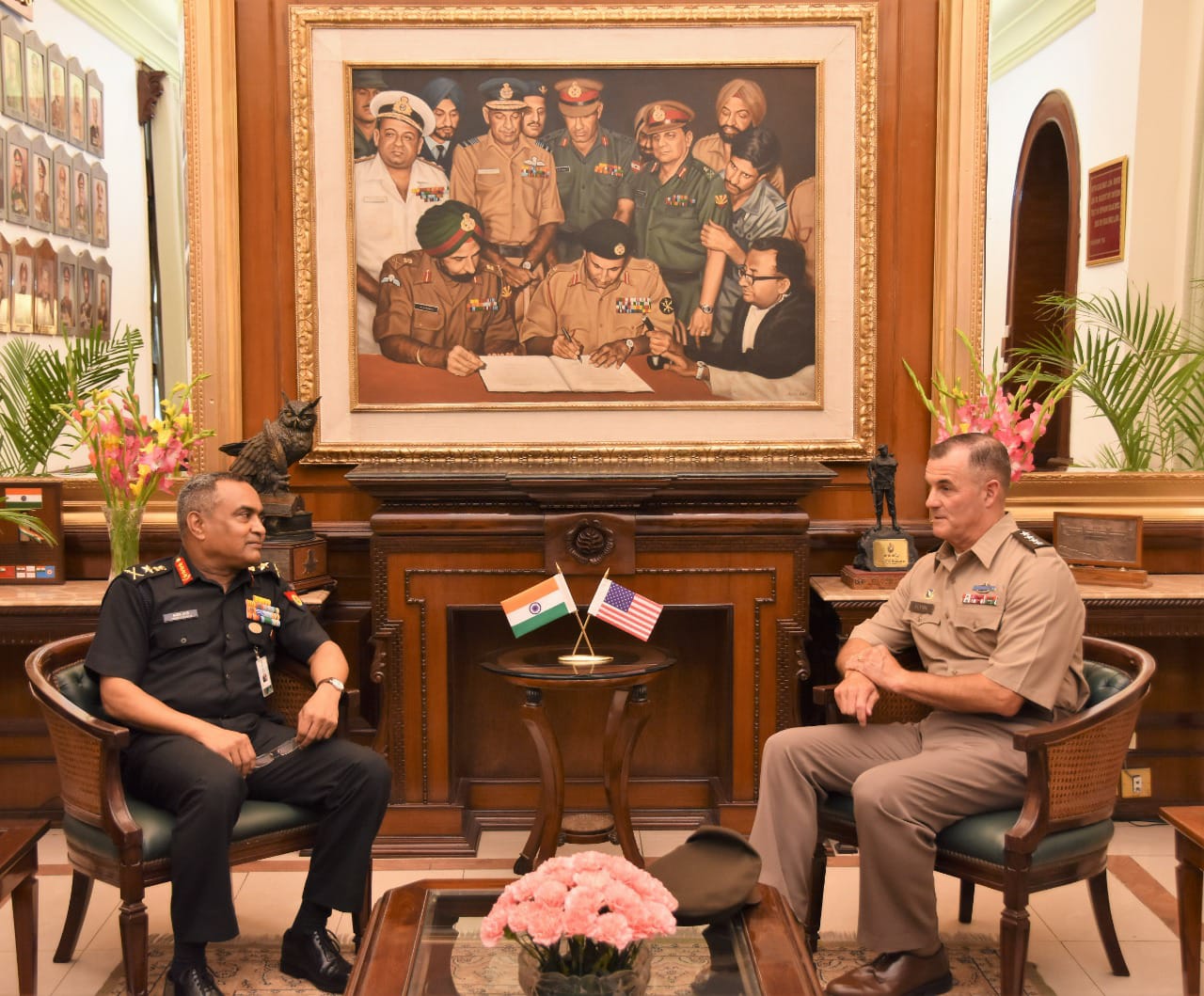 New Delhi, Jun 8 (PTI) A top US General on Wednesday said some of the defence infrastructure that is being created by China near its border with India in Ladakh is “alarming”, calling the Chinese activity in that region as “eye-opening”.

Flagging concerns over the Chinese infra build-up, the US Army’s Pacific Commanding General Charles A. Flynn, who is on a visit to India, also said the “destabilising and corrosive” behaviour of the Chinese Communist Party (CCP) in the Indo-Pacific region is simply not helpful.

“I think it is worthy of us working together as a counterweight to some of those corrosive and corruptive behaviours that the Chinese do,” he told reporters here.

The Indian and Chinese troops are locked in a tense border standoff in eastern Ladakh since May 5, 2020, when a violent clash between the two sides erupted in the Pangong lake area.

Last month, it emerged that China is constructing a second bridge in an area held by it around the strategically key Pangong Tso lake in eastern Ladakh and this could help its military to quickly mobilise its troops in the region.

China has also been establishing other infrastructure such as roads and residential units in the border areas with India. It also has maritime border disputes with various countries in the Indo-Pacific region such as Vietnam and Japan.

“I believe that the activity level is eye-opening and I think some of the infrastructure that is being created in the (Chinese Army’s) western theatre command is alarming.” Flynn said when asked about his assessment of the prolonged India-China military standoff in eastern Ladakh. The western theatre command of the Chinese People’s Liberation Army(PLA) oversees the India-China border.

Flynn said when one sees China’s military arsenal in all domains, one must ask the question ‘why is it needed’.

“So, I do not have a crystal ball to tell you how it (India-China border standoff) is going to end or where we will be at. I will express to you that it is worthy of asking this question and try to get their response as to what are their intentions,” he noted.

The visiting US General said the talks that are going on between India and China are helpful.

“However, behaviour matters here as well. So, understanding what they are saying is one thing but the way they are acting and behaving by the way of build-up is concerning. It should be concerning to every one of us,” he noted.

Flynn also talked about how the behaviour of China has changed between 2014 and 2022.

He said when he looks back on what the CCP and the PRC (People’s Republic of China) were doing then to what they are doing today, it can be said that they have taken an “incremental and insidious path”.

The destabilising and corrosive behaviour that they project into the Indo-Pacific region is simply not helpful, he added.

“Our ability to strengthen the relationships in the region as a counterweight to those destabilising activities and to strengthen the network of allies and partners and like-minded countries that care about the protection of their people, national sovereignty, land, resources, free and open Pacific Ocean and society.” Army Chief General Manoj Pande had on May 9 said China’s intention has been to keep “alive” the boundary question with India though it remains the “basic” issue between the two countries.

India and China have held 15 rounds of military talks so far to resolve the Ladakh standoff.

As a result of the talks, the two sides completed the disengagement process last year on the north and south banks of the Pangong lake and in the Gogra area.

However, each side currently has around 50,000 to 60,000 troops along the Line of Actual Control (LAC) in the sensitive sector.

Flynn said the armies of India and the US did a joint military exercise in Alaska last year and stressed such engagement increases readiness to respond to any crisis and has a deterrent effect in the region.

“I am really excited about the future of ‘yudhabhyas’ (combat exercise) this year in India where General Pande and Lieutenant General Raju have agreed to do the exercise at 9,000-10,000 feet above sea level,” he added.

“At the end of the day, this sharing of soldier, tactical and operational practices increases everybody’s readiness to respond to whatever crisis may occur. This has a deterrent effect in the region,” Flynn noted.