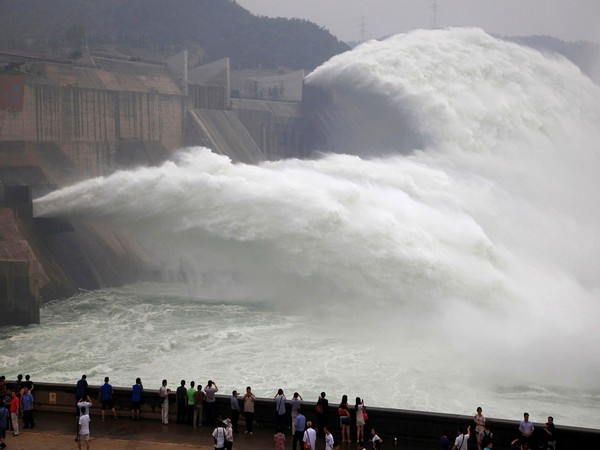 Beijing [China] August 11 (ANI): After a rights group report revealed that Indigenous and ethnic minority communities of Cambodia were undermined during the construction of a dam project completed by a Chinese electricity firm and bankrolled by Chinese and Cambodian governments, the governments of the two countries have been urged to review compensation packages.

A report by Human Rights Watch titled ‘Underwater: Human Rights Impacts of a China Belt and Road Project in Cambodia’, has found that Chinese and Cambodian authorities had completely ignored ‘community concerns’ in the construction of the Lower Sesan II dam in Treng Province of northeastern Cambodia the Voice of America reported.

Lower Sesan II was completed by the operator, China Huaneng, in 2018 at a cost of $782 million, with Chinese government banks providing most of the financing. Cambodia’s Royal Group and Vietnam’s state-owned electricity company EVN hold minor stakes. The rights group has also urged both the parties to reconsider the compensation packages provided to Indigenous and ethnic minority communities due to the construction of this dam, VOA reported.

These Indigenous and ethnic minority communities include people from Bunong, Brao, Kuoy, Lao, Jarai, Kreung, Kavet, Tampuan, and Kachok ethnic groups. Sifton, who authored the report, also said that these people were forced to accept inadequate compensation for their lost property and income and were provided with poor housing and services at resettlement sites.

The report included interviews with more than 60 community members, civil society leaders, academics, scientists and others who researched the project, and it reviewed academic studies, business records and research by NGOs and other sources, VOA reported.

Lower Sesan II was completed by the operator, China Huaneng, back in 2018 at a cost of USD 782 million. Construction of this dam has caused economic, social and cultural rights violations, which has displaced nearly 5,000 people in the region. (ANI)