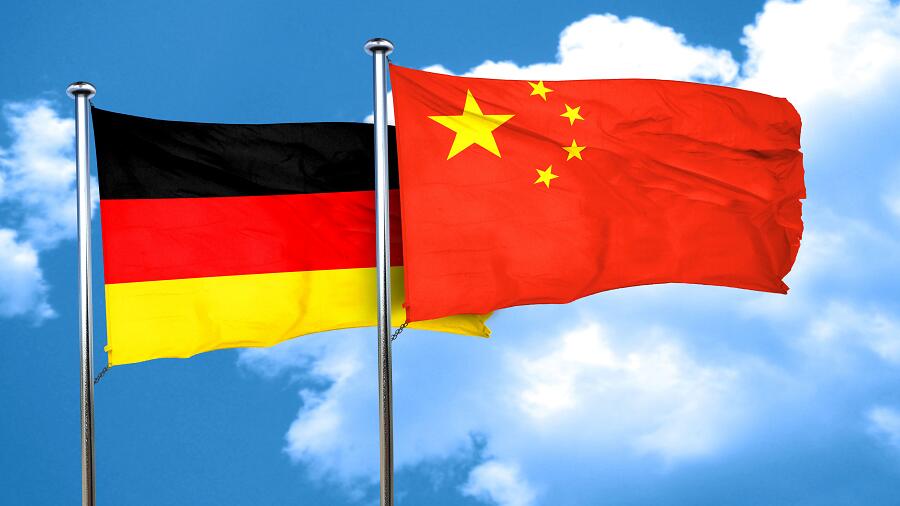 There is much attention currently focused on Germany’s changing policy towards Russia. This includes the energy-security matrix. A review of the German defence policy is also underway.

While these are major initiatives, there is a slower change emerging in Germany’s relationship with China. In most post-1945 initiatives, Germany followed the US lead on strategic issues. Thus, Germany established diplomatic relations with China after the US opening up to China in 1972. It was the German chancellor Schmidt in 1974, who adopted a rushed policy towards engaging China, to follow the US as it increased its economic engagement with China following its liberalisation in the 1980s. Schmidt was the first German Chancellor to meet Mao and his legacy is cherished by China.

Germany thought that by backing China into the world economy, they would assist China economically, and perhaps make it more democratic. Through ‘change through trade’ (Wandel durch Handel) strategy, Germany engaged both China and Russia. Today, this strategy is called into question. While renovation of the policy with Russia is underway, with China it is moving slowly but steadfastly.

In 2021, China remained Germany’s biggest trading partner for the sixth year in a row. Their trade was € 245 billion. Germany is European Union’s largest investor in China with FDI of €100 billion. China sees Germany as a preferred destination for FDI of €50 billion.  By 2020, 5,200 German companies in China employed 1.1 million people; 700 Chinese companies in Germany, employ 58,000 people. The burgeoning commerce was politically flanked by an intensive bilateral dialogue. Like with India, Germany has a biannual IGC with China. The coalition compact did not intend to disturb this and said, “We wish to continue the governmental consultations with China.” However, they went on to say, “To uphold our values and interests in the systemic rivalry with China, we need a comprehensive China strategy in Germany within the framework of joint EU-China policy.”

It is not as if China has not threatened Germany over the last decade. Once China assumed a strong economic base it started acquiring German companies with critical technology. Germany was slow to react to prevent this. The EU acted faster by having a clear strategy enunciated in which it called China, a systemic rival. For Germany, this was good at the level of the EU. Bilaterally, their economies were so intermeshed that German industry would feel orphaned if it had to segregate from its Chinese partnerships. By 2015, Germany started becoming cautious about Chinese economic intentions. The Yu’Xin’Ou Railway is a BRI freight corridor from Chongqing to Duisburg, Germany. It traverses the Dzungarian Gate into Kazakhstan, and then through Russia, Belarus and Poland before reaching Duisburg. Germany also joined the China led Asian Infrastructure Investment Bank, as its fourth largest shareholder.

Germans would like to believe that since 2020, its Indo-Pacific Policy Guidelines (IPPG) restricted its Chinese engagement. This is partly true. Germany’s IPPG is a limited document to create a China plus one approach in the Indo-Pacific. It seeks to get Germany expand its economic imprint with India, ASEAN and the region. China is not a target of the IPPG. It is different from the more enabled policies of the Quad and France. Undoubtedly, Germany intends to enhance its engagement with the countries of the Indo-Pacific since it has in the last 30 years, mainly concentrated on China. Some analysts believe that its China strategy has come to an end.

Yet China remains a major partner of Germany with the trade, technology and FDI exchanges. Up to 20% of German trade could be conducted in the Indo-Pacific, since it’s at €21 billion with India and € 26 billion with ASEAN. This implies that attention to the Indo Pacific may reduce some attention to China.

It seems more hope than the reality. Like many European countries, Germany has given preference to pursuing the economic dream while speaking about democracies and partners with shared values only in conferences.

When Germany sent its frigate Bayern into the Indo-Pacific in 2021, it was a symbolic gesture, unlike the UK armada led by the aircraft carrier. However, this signal alone made China unhappy who did not let the frigate ‘call on’ in any Chinese port. Germany had no option but to visit its democratic partners in the Indo-Pacific.

Scholz altered tradition and visited Japan, first in his term and then invited India for the IGC rather than China. Xi Jinping had a virtual meeting with Scholz on May 9, saying, “it is particularly important for the two countries to better harness the stabilizing, constructive and steering role of their relationship.”

China has cleverly engaged with Germany and sees it as its best partner in Europe. It believes that the strong partnership with Germany will reduce the impact of any sanctions that may be imposed on it. Since the US pushed Germany and the EU to sanction Russia, China perhaps becomes more apprehensive.

Since 2020, German leaders whether from the Angela Merkel coalition or the new coalition are more outspoken about standing with the Western democracies on China. Finance Minister Christian Lindner cites a reduction of Germany’s economic dependence on China as quickly as possible.

Speaking at the World Economic Forum in Davos in May, Scholz expressed anxiety over China’s looming power. Recognising China as a “global actor,” Scholz said, this does not mean that China needs to be isolated, “neither can we look the other way when human rights are violated the way they are now in Xinjiang.” Divergence is more because of political and functional reasons and not because of economic reasons. The altered national security strategy is also not directed against China, except on critical technologies. The main changes on China which are forthcoming have several facets.

The Chinese support to Russia on Ukraine is a problem for Germany, which seeks to allay this, so that Russia will be more amenable to a solution.

It seeks to reduce those dependencies on China that restrict Germany’s strategic ability to act in a crisis. This essentially is what the Quad says on resilient value chains and China+1 initiatives. For instance, German push for solar energy requires silicon, 40% of which is produced in China. One of the major consequences of this could be that access of Huawei to the German market may be more restricted that China earlier envisaged.

The Federation of German Industries (BDI)is seeing the writing on the wall too, “We want to continue cooperating economically, including with states that are not liberal democracies. That is the only way the EU can be a strong and internationally relevant player. But we cannot allow ourselves to become dependent,” their head of BDI Wolfgang Niedermark has said.

German policies will rebalance the economic interest with its value systems, which is a ‘Green’ priority one. The Greens run the Foreign Ministry where the China strategy is reworked. The economic decoupling will be slow but there may be opportunities for additional manufacturing hubs in the Indo-Pacific to supplement production lines in China. Germany needs to think of its Indo-Pacific policy more in line with the Quad’s current emphasis on functional collaboration.