Can the ICC prosecute Putin, the head of a non-member state? 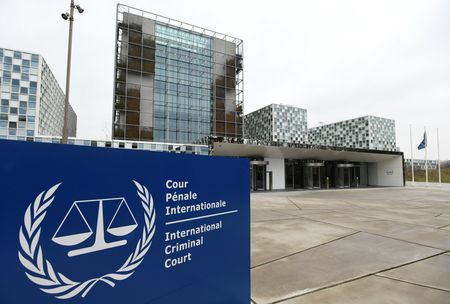 Melbourne, May 23 (360info) The International Criminal Court moved fast on allegations of war crimes perpetrated in Ukraine, but those looking for swift justice may be disappointed.

If the wheels of justice turn slowly, the international community’s efforts to prosecute Russian President Vladimir Putin for war crimes are likely to move at an even slower pace. Mere days after the Russian invasion of Ukraine began, International Criminal Court (ICC) Prosecutor Karim Khan announced his office would be investigating allegations of war crimes and crimes against humanity.

This week he dispatched a team of 42 investigators, the largest ever delegation, in search of evidence. The stakes are high, but there are nuances to the ICC’s role and what the court can and can’t do in this situation. Tempering expectations of what the ICC can achieve for Ukraine is important. The investigation and evidence-gathering could take years, only a small number of arrest warrants are likely ever to be issued, and it may be that some suspects are able to avoid arrest. Anyone who does end up in a Hague courtroom will face lengthy trial proceedings.

Neither Ukraine nor Russia are state parties to the Rome Statute that gives the ICC its power, but in 2014 Ukraine made a limited declaration to accept the ICC’s jurisdiction over crimes committed on its territory from that time onwards. So even though Russia has not agreed to the ICC’s jurisdiction, the court has the authority to prosecute Russians suspected of committing war crimes, crimes against humanity or genocide on Ukrainian territory.

So how will the investigation proceed, and who might face trial? The ICC has an independent prosecutor, whose team is responsible for undertaking investigations and deciding which individuals to charge with one or more crimes. Like prosecutors in national legal systems, the ICC Prosecutor is responsible for presenting evidence against the accused at a trial and convincing the judges of the accused’s guilt. There is no jury at the ICC; instead, there is a panel of international judges.

The investigation will likely take a long time and it will almost certainly be years before any suspects face court in the Hague – if any ever do. The ICC does not have its own police force and relies on states to arrest suspects and transfer them to the court. Any Russians wanted by the ICC could theoretically evade arrest by avoiding travel outside Russia.

In choosing which individuals to charge with crimes, the Prosecutor will consider the evidence against them and the role they allegedly played in committing the offences. International crimes are usually committed on a large scale, with many victims and many perpetrators. But the ICC was established as a ‘court of last resort’, meaning it will typically only prosecute a small number of people – those considered most responsible for the worst crimes.

The ICC simply doesn’t have the resources to pursue everyone who has committed a crime, and it is expected that ‘low-level’ offenders should be prosecuted in local criminal courts, as is the case with Vadim Shishimarin, a 21-year-old Russian soldier currently on trial in Ukraine for war crimes. Many countries now have their own laws relating to international crimes and are encouraged to prosecute persons accused of war crimes, genocide and crimes against humanity, even if they were committed elsewhere in the world (this is known as universal jurisdiction).

The ICC can, and does, prosecute senior military and civilian leaders, even if they have never physically committed a crime or even set foot in a conflict  zone. Through a concept called ‘command responsibility’, senior leaders may be held criminally responsible for the actions of their subordinates if they knew or should have known that crimes were being committed.

There has been some discussion of the possibility that Russian President Vladimir Putin could himself be prosecuted by the ICC using command responsibility. The catch here is that, as a sitting president, Putin is immune under international law from criminal prosecution in foreign jurisdictions. The ICC itself normally does not recognise such immunity, but Putin’s status as an incumbent president of a state that is not party to the ICC might still shield him from the court’s jurisdiction.

The bottom line is that it is unclear, legally speaking, whether the ICC would be able to exercise its jurisdiction over Putin while he remains in office. If the Prosecutor decides to pursue a case against him, there will almost certainly be litigation over whether the court has the authority to do. But the ICC is just one part of the broader international justice project. By conducting a thorough and timely investigation, there will be a detailed record of atrocities committed in Ukraine.

By pursuing even a small number of high-level individuals for large-scale crimes, the ICC is taking an early lead that it is hoped states will follow to ensure such crimes do not go unpunished.