Can a Pulwama or an Uri Occur Again? 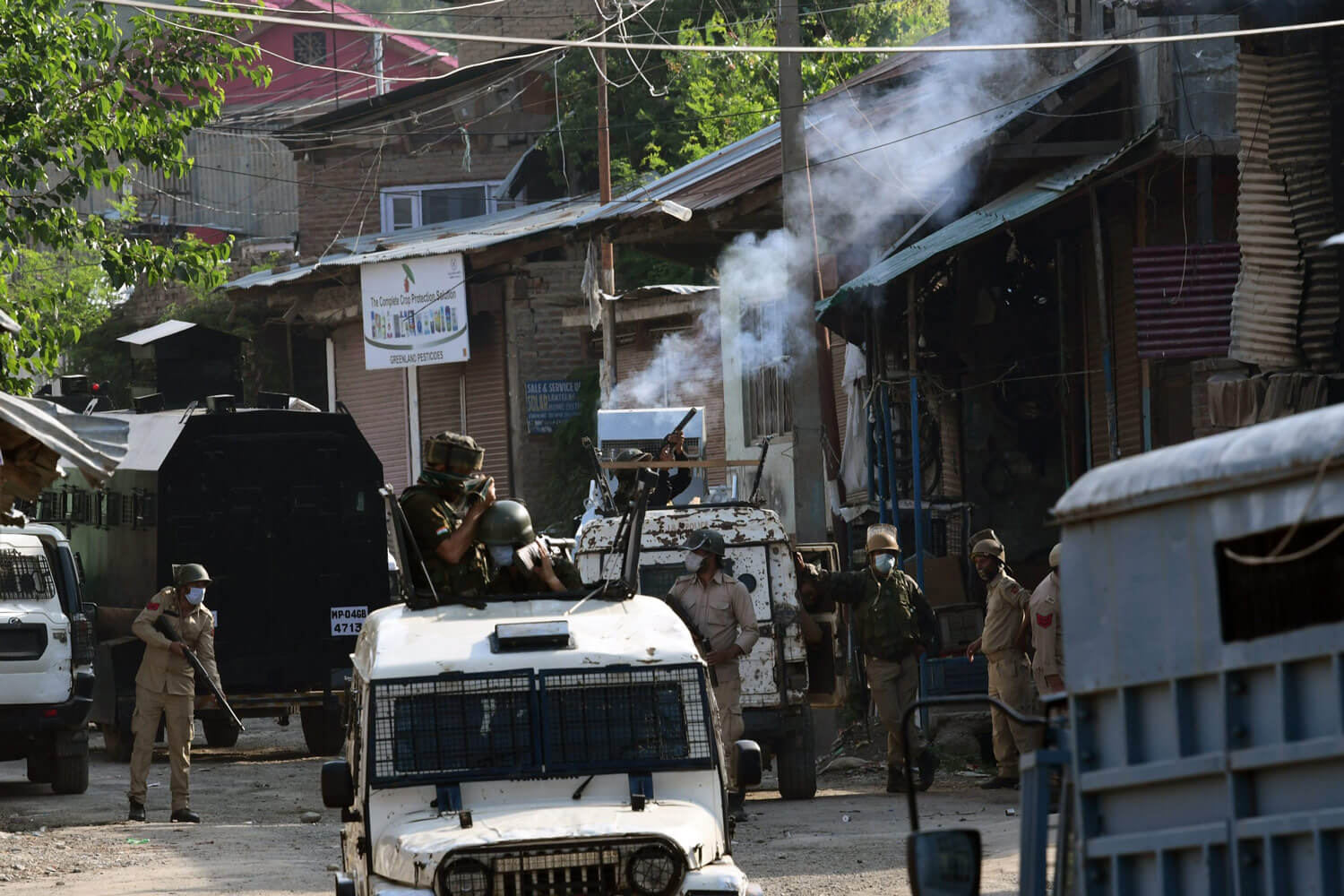 February appears to be a month of anniversaries of events in J&K. On 14 February was the third anniversary of the IED attack near Pulwama on a CRPF bus bringing personnel from leave; 40 brave hearts lost their lives in that incident, making it one with the highest casualties in a single event in 30 years of proxy conflict in J&K. 26 February is the anniversary of the Balakote air strike, the deadly Indian Air Force response to Pulwama, against a terrorist camp in Pakistan’s Khyber Pakhtunkhwa province, inflicting an indeterminate number of casualties. 25 February 2022 is the first anniversary of the renewed ceasefire with Pakistan along the LoC. It was a verbal reiteration which took place in 2021 renewing the ceasefire decision of 26 November 2003.

Pulwama was a game changer which triggered India’s decision to retaliate in kind, deep across the LoC. The spectre of escalation beyond control leading to nuclear threats, had somehow restrained offensive Indian response even after proactive strategy became the primary doctrine. The Army was left to respond as it wished with no political ownership of its actions.

The surgical strikes of September 2016 however, demonstrated how response could be calibrated with the escalation firmly under our control. Total political backing made it that much more effective in delivering the intent. The Pulwama-Balakote cycle of February 2019 took this to a higher level by a couple of notches with escalation yet under our control. Weak Pakistani response followed, in the form of an effort to violate Indian airspace in the Rajouri sector.

The situation in 2022 is quite evidently different to the preceding years, both in terms of internal dynamics and the rapid pace of change in the international strategic environment. Both have an effect on J&K’s security situation. However, given this, can a Pulwama or an Uri occur again, seemingly to message the separatists and the alienated elements that the campaign to push back against India has been re-initiated?

We should recall that it was expected that once Afghanistan returned to Taliban control and higher degree of Pakistani influence, the turbulence in J&K would increase. This was assessed to be due to the inspiration flowing from events in Afghanistan which have been portrayed as the failure of even super powers to battle the forces of Islam. Within eight weeks of the changes in Afghanistan, the first signs of negative inspiration became evident in J&K; minorities got targeted and proxy efforts were found ongoing to build a bastion of resistance in the traditional areas south of the Pir Panjal range.

A surge in encounters was witnessed in the period Oct-Dec 2021 leading to a tally of 182 terrorists neutralised in 2021. However, analysing both Uri 2016 and Pulwama 2019 it’s clear that such big-ticket events can always occur without any inkling on intelligence circuits or any intense activity preceding them. There are deeply embedded networks which are still at play.

None of them, nor their masters across PoK, or within the Pakistani deep state, is happy to see Lt Governor Manoj Sinha put out colourful advertisements and information on PowerPoint, on social media highlighting the ongoing governance efforts to make J&K an Eldorado. It would be particularly disconcerting to the deep state, including the ISI and the ISPR hierarchies, to receive photographs of the Indian Tricolour fluttering atop every school, college and administrative institution in Kashmir. The Tricolour atop Hari Parbat and Indian national colours on display at Lal Chowk, with an Indian Army band churning out popular military tunes are not developments which will gladden the deep state’s heart.

A slow attempt by Pakistan to push back through small scale actions is not going to achieve the traction that is sought. Campaigns such as minority targeting can sustain for a couple of weeks; the Indian security forces (SF) will invariably design their response for specific impact to meet these campaigns. A holocaust kind of mass eviction of minorities on the pattern of the nineties is no longer possible. In fact, the reverse of that is true, with many Kashmiri Pandits having returned to their home and hearth. This progressive success is another anathema for the planners across the LoC who would consider this as a marked success of the Indian push back.

What the current situation is producing is ‘visibility of success’ by the Indian establishment, with a much improved public information campaign. However, what cannot be easily determined is the mood of the people. Things have definitely changed but not in any transformational way; or perhaps not discernible yet. Wariness marks the attitude of the locals although there is great visibility in youth enthusiasm.

Pakistan’s deep state would wish to curtail this before it becomes a tide. That is where the danger lies and a one-off big event would lead to activation of social media in as negative a way as possible. The so-called big-ticket event has scope extending to all kinds of domains. From ground based Improvised Explosive Devices (IEDs) to bomb laden cars and attempted entry into SF camps or Government institutions to cause mayhem.

Deep in the hinterland, preparation for such activities draws attention and could always come in the glare of intelligence agencies. Far safer are the areas closer to the LoC where all planning can be done across the LoC and shallow infiltration is all that is required to execute the act. In 2016, preceding Uri an attempt was made at Poonch and Tangdhar both being in close proximity to the LoC. Even before that, in 2015 the Jhelum Valley came under focus with the Army’s gun areas being targeted.

The absence of a big terror related event is a major success for the SF and the intelligence agencies. Yet, many times in such success also lie the seeds of a future potential failure. The guard cannot be retained at the same level of proficiency. What would be advisable is that there should be no relent in the surveillance of Over Ground Workers (OGWs) and the various networks they run.

Recent focus on media networks is causing some turbulence which should sound as a warning and be projected as such. The proxy conflict in J&K has been characterised by an open, free and fair media, particularly the print variety. Many were critical of this, including some within the Army. However, this shall remain a point of inconclusive debate. Most of us perceived that counter terrorist operations and a fully free local media, deeply influenced by ideologues and OGWs ran counter to the interests of the nation, the SF and the people themselves. Yet, the same openness of the media projected India as the custodian of such freedom even in the face of serious national security challenges. It’s actually a question of tactical versus strategic handling of the media; the current stance on our part is more tactical and may actually be necessary at this critical juncture.

The international strategic environment provides some basic inputs for consideration. There is far too much happening internationally in what appears to be a post pandemic reset. The US is uncomfortable with itself; a self-indulgent frustration at its internal paradoxes and inability to come to grips with the Chinese and now the Sino-Russian tango. The Indo Pacific is its obsession. Sino-Pak convergence and collusion is becoming more distinctive. Both nations do not wish to witness an India in full control of J&K.

India’s success in its own strategic environment is a recipe for its greater commitment to the US in their strategic partnership. That success or impending and progressive improvement will draw the ire of the adversaries, for whom a burning J&K triggered by a big negative incident is a strategic balancer.

Uri, Pathankot, Nagrota or Pulwama may be mere milestones but each spells a different set of circumstances under which they were executed. We must not allow another milestone to be added to these. The message of Indian retaliation, should that occur, must be clear to all, notwithstanding any international reset or emerging set of collusions.

Feb 21, 2022
Stability in Kashmir is every Indian's concern. Counter terrorism and Counter insurgency has been our priority in kashmir . Districts like Ananth nag are a black dot when matter comes to attracting investment. Attracting of investment brings a little prosperity, jobs and people will simultaneously go against terrorism (anticipatedly?). Terrorists always tend to target schools , investments to stop development. We should consider protecting the investments and development projects .

Feb 19, 2022
Only a strong retaliation, continuous monitoring and simultaneously winning hearts and minds will only prevent outside interference with internal support.

Feb 18, 2022
Yes, they can and will occur again. There is no other purpose for the Pakistani army and its intelligence; they cannot prosecute a traditional war and they know that all too well. For India, retaliatory strikes in the way we did before, is no longer advised. Pakistan wins the propaganda war because they can control information, and tell the world that 'nothing happened.' I.e., they are not deterred by secretive strikes. First off, waiting for another Uri and Pulwama is a really bad idea. We must send drones, airplanes etc., to destroy terrorist sites active in POK and Gilgit Baltistan - in broad daylight, with TV cameras, as pre-emptive steps. Currently, the ISI is fully aware that we wait around doing nothing until they strike. I think it is time to bring the pain to them. The ISI goons have assassinated people in India, attacked our parliament, hijacked a jet, sent boys to destroy Bombay. What are we waiting for? For them to do this again? What pains me is to see the highly active fifth column in India, which includes the Congress party, essentially parrot the propaganda lines written by ISI. We must recognize them as the clear and present danger to the future of India, we must realize that they have destroyed India (while enriching themselves) for 70 years - in the same way we recognize Pakistan and China as existential threats to our peace and security.