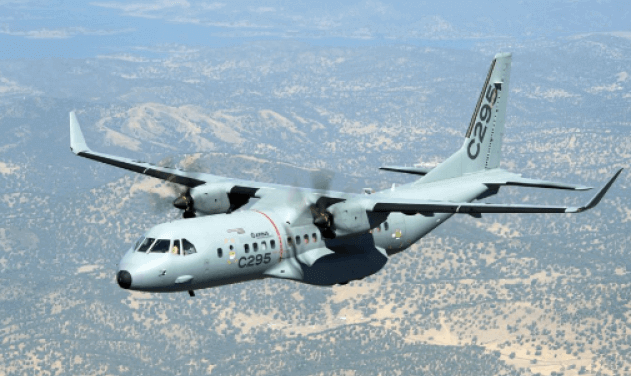 Indian government finally cleared Rupees 21,000 crore ($3 billion) Airbus-Tata project for 56 C-295W military transport aircraft. Additional six may be acquired by the Coast Guard. The long-pending deal for replacing the old HAL license-built HS-748 (Avro) planes of IAF will entail delivery of 16 EADS-CASA twin-turboprop aircraft that will be delivered in a flyaway condition by M/s Airbus Defence and Space (Spain) within two years of the signing of the actual contract. The rest 40 will be manufactured in India by the Tata Consortium within 10 years. This will be the first time a transport operational aircraft is being built in India, and also the first time any operational aircraft is being built by an Indian private sector company. Till now all aircraft building was a monopoly of the public sector Hindustan Aeronautics Ltd (HAL). Giving a boost to “Atmanirbhar Bharat”, the deal allows transfer of technology to a private firm.

HAL HF-24 Marut was the first indigenous fighter-bomber aircraft made in India. Nearly 200 were built. India’s ADA-HAL Light Combat Aircraft (LCA) “Tejas” is currently under production. It is 4.5 generation aircraft for which Indian Air Force (IAF) has committed more than 300 in numbers. 40 Mk1 are already under delivery. 83 Mk1A have been ordered. LCA two-seat are already flying. LCA Mk2 is under development and likely to have its first flight by 2024. The other LCA variants include a naval version, and a Twin Engine Deck Based Fighter (TEDBF). A fifth-generation stealth fighter, Advanced Medium Combat Aircraft (AMCA) is under development with targeted first flight around 2025. Significant LCA assemblies have been outsourced to the private sector. It can be seen that India has finally come of age in its fighter aircraft manufacturing eco-system.

For many decades, HAL license built over 300 Aerospatiale SA 315B and SA 316B Lama Alouette III variants called Cheetah, Lancer, and Cheetal Variants, Chetak and Chetan. These were flown by all the three services and Coast Guard, among many private operators. The big success came with the indigenous Advanced Light Helicopter “Dhruv” nearly 400 of which have been built by HAL. The weaponised variant is the “Rudra”, with over 70 built. Also in production now is the Light Combat Helicopter, the attack helicopter variant. The Light Utility Helicopter (LUH) variant is under trails. HAL is also developing an Indian Multi-role Helicopter. The company plans to produce nearly 1, 000 military helicopters, including Kamov 226T helicopter under a joint venture agreement with Russian defence manufacturers. Clearly India will soon not need to import any type of helicopter.

Big private industrial houses have come into defence manufacturing in a serious way. Tata Aerospace and Defence (Tata A&D) have been making the AH-64 Apache combat helicopter fuselage. They are also making aero-structures for Boeing’s CH-47 Chinook helicopters. All C-130Js delivered to customers around the world have major aero-structure components from India producing 24 C-130 empennages annually. Sikorsky, a Lockheed Martin company, also relies on Hyderabad-based Tata Advanced System Limited (TASL) as the manufacturing base for its global supply of cabin for the S-92 helicopter.

The CASA C-295 is a medium tactical transport aircraft that was originally designed by the Spanish company CASA in the 1990s as Nurtanio CN-235. CASA joined the European aeronautical group EADS in 2000. The now designated C-295, it made its first flight on 28 November 1997 and entered service with the Spanish Air Force in 2001. C of the manufacturer and then a three-digit number, of which the first indicates the number of engines, two in this case, and the next two its target payload: 9.5 tonnes. The aircraft has a rear ramp door for quick-reaction and para-dropping of troops and cargo. All 56 aircraft will be installed with indigenous electronic warfare suites. The C-295W is the enhanced performance version with winglets and uprated engines. The C-295 is powered by Pratt & Whitney PW-127 engines, a part of the PW-100 family. C-295 also has an AEW&C variant among many other roles.

Of the 40 C-295s that Tata Aerospace and Defence (Tata A&D) will build, eight will be from semi-knocked down (SKD) kits and another eight from completely knocked down (CKD) kits. The remaining 24 are to be built in India by Tata A&D, incrementally indigenising the assemblies and sub-assemblies. Before completion of deliveries, a D-level MRO (maintenance, repair and operations) facility will be set up in India. This facility will act as a regional MRO hub for various variants of C-295 aircraft.

The NAL Saras is the first Indian multi-purpose civilian aircraft in the light transport aircraft category designed by the National Aerospace Laboratories (NAL). The first Saras (PT1) completed its maiden flight at the HAL airport in Bangalore on 29 May 2004. On 6 March 2009, the first prototype crashed during a test flight. The program was put on hold. The program was revived in 2016. The new version was 14 seat instead of 19, and had many improved features. The IAF has signed up with NAL for the purchase of 15 Saras aircraft and may need 45 more later. NAL is also engaged development of Saras Mk2, a 19-seater version of the airliner.

HAL successfully conducted ground-run and low-speed taxi trials of the made-in-India Hindustan-228 (VT-KNR) aircraft end August 2021. It is a look-alike of the 19 seater HAL – DO – 228 aircraft which was so far being manufactured under licence from RUAG for Indian defence forces and European markets, would now be allowed to operate in India for commercial purposes.

The HAL/NAL Regional Transport Aircraft (RTA) or Indian Regional Jet (IRJ) is a regional airliner being designed by NAL and to be manufactured by HAL. The aircraft is planned to be a turboprop or a jet with a capacity of 80-100 passengers. The 90 seater variant of the aircraft is under design, and is targeted to enter service in 2026.

C-295 manufacture in India will build a great eco-system and create world class vendors. It will also bring better manufacturing and systems technologies. Unmanned systems are already being manufactured in the country. The armed forces have recently signed drone contracts with Indian defence companies and start-ups under the fast-track process for acquisition of new-age weapons. India would thus become a global player in all genres of aircraft building. 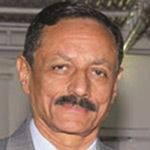 Sep 20, 2021
It's strange that still there is no plan to build bigger aircrafts like transporters C-130J or oil refuellers in India...Why Indians always thinks small 19 seater SARAS...after 75 years of Independence...😋😋😋🙏

Sep 15, 2021
An eye opener article for me. till now i have been under estimating HAL. A good decision by govt. we can't survive with PSU only. Our future is bright. Within next 10 years India will be hub. late is better than never.