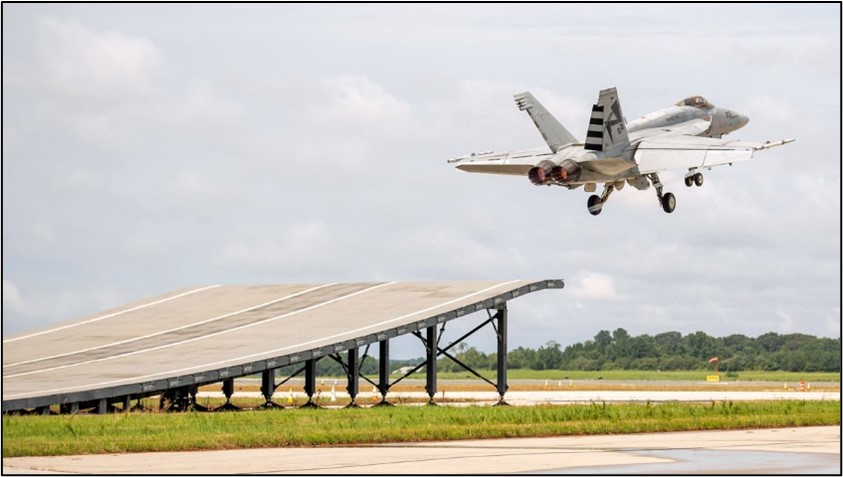 New Delhi, Jul 20 (PTI) US aerospace major Boeing on Wednesday said its F/A-18 Super Hornet fighter aircraft completed operational demonstration at a naval station in Goa, as the company looks to bag a contract to supply a fleet of deck-based aircraft to the Indian Navy.

The Navy is in the process of procuring a fleet of fighter jets under the government-to-government route for its indigenous aircraft carrier (IAC) Vikrant, which is set to be commissioned next month.

“As the premier frontline multi-role naval fighter, the F/A-18 Super Hornet is one of the world’s most proven and affordable multi-role fighters and continues to evolve with the development of the next-generation Block III capability which will be game-changing for India,” the top executive said.

With the Super Hornet Block III, he added that the Indian Navy would not only get the most advanced platform but would also benefit from tactics, upgrades and knowledge related to the naval aviation ecosystem that the US Navy offers.

The Navy has shortlisted F/A-18E Super Hornet and Rafale M aircraft produced by the French aerospace major Dassault Aviation for the procurement.

Over four years ago, the Indian Navy had initiated the process to acquire 57 multi-role combat aircraft for its aircraft carrier.

However, it is learnt that the number could be around 30 initially.

The Request For Information issued by the Navy for procurement of the deck-based fighter jets sought to know at what level of Transfer of Technology (ToT) the companies are willing to share with India.