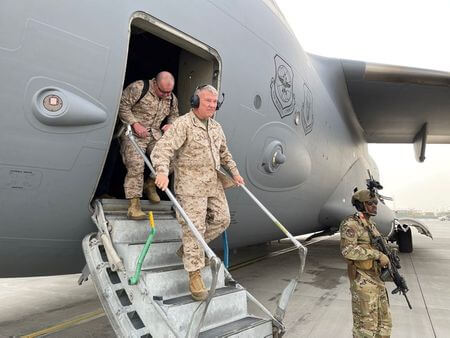 Entire world has been left aghast and outraged by the heartbreaking and horrendous images of desperate Afghans fleeing for their lives from Kabul, becoming hapless victims of IS-K suicide attack and the cold-blooded killings of high government officials, soldiers, police officers, journalists, western allies, ethnic minorities, human right activists, entertainers and especially the women members by the Taliban. America’s disastrous Afghanistan withdrawal is described by Tony Blair as, “abandonment of Afghanistan and its people is tragic, dangerous, unnecessary, not in their interests and not in ours.”

In the drought ridden nation, where around 50% of people live below poverty line, 5.5 million are internally displaced, a third are facing “emergency” level food insecurity, while the commercial flights have been suspended since Taliban takeover. 40 million Afghans abandoned to death, brutality, economic collapse, terrorism, medieval laws, misogyny, law and order collapse and political uncertainty. The humanitarian crises of Biden’s making have been accepted as a foreign policy disaster of lasting consequences for the US and NATO by the Western lawmakers, scholars and media; and for Biden personally, called the defining legacy of his Presidency.

Surreal as it may seem, the Taliban for the very first time in history, controlling the whole of Afghanistan, declared that they defeated the US after 20 years. Putin has assessed the result of American involvement of two decades, as zero if not negative: only tragedies and losses for Afghan people and itself. America’s humiliation is nothing short of complete, its credibility lost. The raging debate in the whole world, especially the West: whether withdrawal was the best option and how it ought to be timed and executed, will carry on.

Is the US responsible?

Biden makes it clear repeatedly that his responsibility is only to secure self-interest of the Americans. Worshipping pure self-interest is not unusual for America, however it’s performed much more delicately, defended in the name of human rights; never before told off so openly, arrogantly and bluntly. Former Indian ambassador to Afghanistan, Gautam Mukhopadhaya, says that with the withdrawal, US has reduced everyone – central Asian republics, India, the Afghans – only to collateral damage.

If Trump had made America the laughing stock for the world, Biden went a step further drowning America in ignominy, tainted indelibly, shamefaced as an unreliable, conscienceless, unstable partner, motivated only by self-interest and working unilaterally. For all the disparaging criticism of Trump, it’s interesting that Biden only followed through his deal, while overturning many other significant decisions, and now places the blame for his debacle on the Trump’s decision, the Afghan government and military.

The US cut a deal with the Taliban for its safe exist, leaving the Afghan government out in the cold; breaking the morale of Afghan soldiers. The army was left without any air cover, as the military contractors, necessary for Afghan air force maintenance, were sent back to US. 69,000 Afghans soldiers have lost their lives to American war on terror, as against 2,300 US soldiers. Members of UK parliament have called Biden’s humiliating comments on Afghan military as dishonorable and shameful. Even if the army held out a resistance, it’d not have received any sort of US support – political, diplomatic, humanitarian (certainly not military) – as can be seen by the fate of the valiant National Resistance Front of Panjshir.

Afghanistan’s government was put in place by the US itself, its leaders handpicked. Its massive corruption, which victimized and alienated the Afghans, was regularly overlooked by the US, despite being pressed on by the activists at the highest levels, for addressing the issue. Gautam Mukhopadhaya claims that the US did not invest in Afghanistan’s democratic institutions, trade or its $3 trillion mineral wealth. Completely unjustifiable and disgraceful was dictating to the Afghan government, the release of 5,000 hardened Taliban prisoners.

One trillion dollar is being touted by Biden as the cost to Americans that Afghan mission has caused. In fact, it’s the Afghan people who have paid with their lives, the cost of American’s war on terror, not just soldiers but innocent civilians (around 50,000) as casualty to the war, to drone attacks; innocent civilians who were tortured at Abu Gharib; destruction of the homes and other infrastructure, broken families, lost limbs and childhood, internal and external displacement (around 2.5 million). A cost that can’t be even translated in terms of dollars or ever repaid.

Lastly, the US bears responsibility to the Afghans, for their role in the creation of Taliban (along with Pakistan) by propping up radical Islamist jihadis for derailing the Soviet backed Government, which had brought progressiveness to the Afghan society, at least in gender equality.

Tom Tugendhat, Chairman of UK foreign affairs committee and a former veteran who fought in Afghanistan, questioned whether US talked in terms of having a “forever mission” when it came to West Germany or South Korea.

Consequences for the US and the world

Armin Laschet, the potential successor to Angela Merkel, called the withdrawal “the biggest debacle that NATO has suffered since its founding, and we’re standing before an epochal change.” Nobody has forgotten Emmanuel Macron calling NATO “brain dead” with or without Mr Trump, in 2019.

The criticism of America’s unilateral withdrawal and abandonment of Afghans, in the UK parliament was nothing short of brutal. Theresa May, echoing sentiments of many, questioned why an alliance of other NATO nations, to replace US forces in Afghanistan, wasn’t explored. Josep Borrell Fontelles, EU’s foreign policy chief, in an essay titled “Europe, Afghanistan is your wake-up call” in New York Times, described the withdrawal as a severe blow to the West, a debacle that would catalyse history, while criticizing America’s unilateral move.

US will find it extremely difficult, if not impossible to even unite NATO allies in its next game against China (as if it’s not already), as from the UK parliament to Germany and France lawmakers are raising the importance of strategic autonomy of the European nations from America. If the NATO allies are upset over the unilateral working, quietly watching Asian nations from Vietnam to Taiwan and Japan to India will know better than to blindly bank on US against China. Kamala Harris has been at pains to project America as a reliable partner at Singapore, while its Prime Minister warns her that the US will be watched closely about what it does next. China mocks America, saying “who will believe them now?”, flagging the withdrawal as an example of its selfish foreign policy and reflection of what rules and order it speaks of.

It’s been predicted from all quarters that this will mark the end of America’s global ambition and its hegemony, it’s rather the beginning of the end, though an inflection point. The question whether US still has the capability and capacity to rise above its domestic challenges and engage in affairs of other nations of the world, is rather pointless, because the very intent to look beyond domestic matters is gone and this has been the consistent feature of the past two Presidencies too. As Biden presents it euphemistically, the era of US nation-building is over.

China and Russia while worried over the instability in the area and threat of radical Islam, watch America’s disastrous withdrawal not just with relief but also joy as they note the end of US influence in much of Asia, and are aware of the increased scope and weight of their own influence not just in Asia, but the world.

The world might be a less chaotic place without the American interference, however brutal dictatorships, radical Islamist threat and terrorism will be on the rise, in a multipolar order with a weak UN and no actor, strong enough to regulate it. 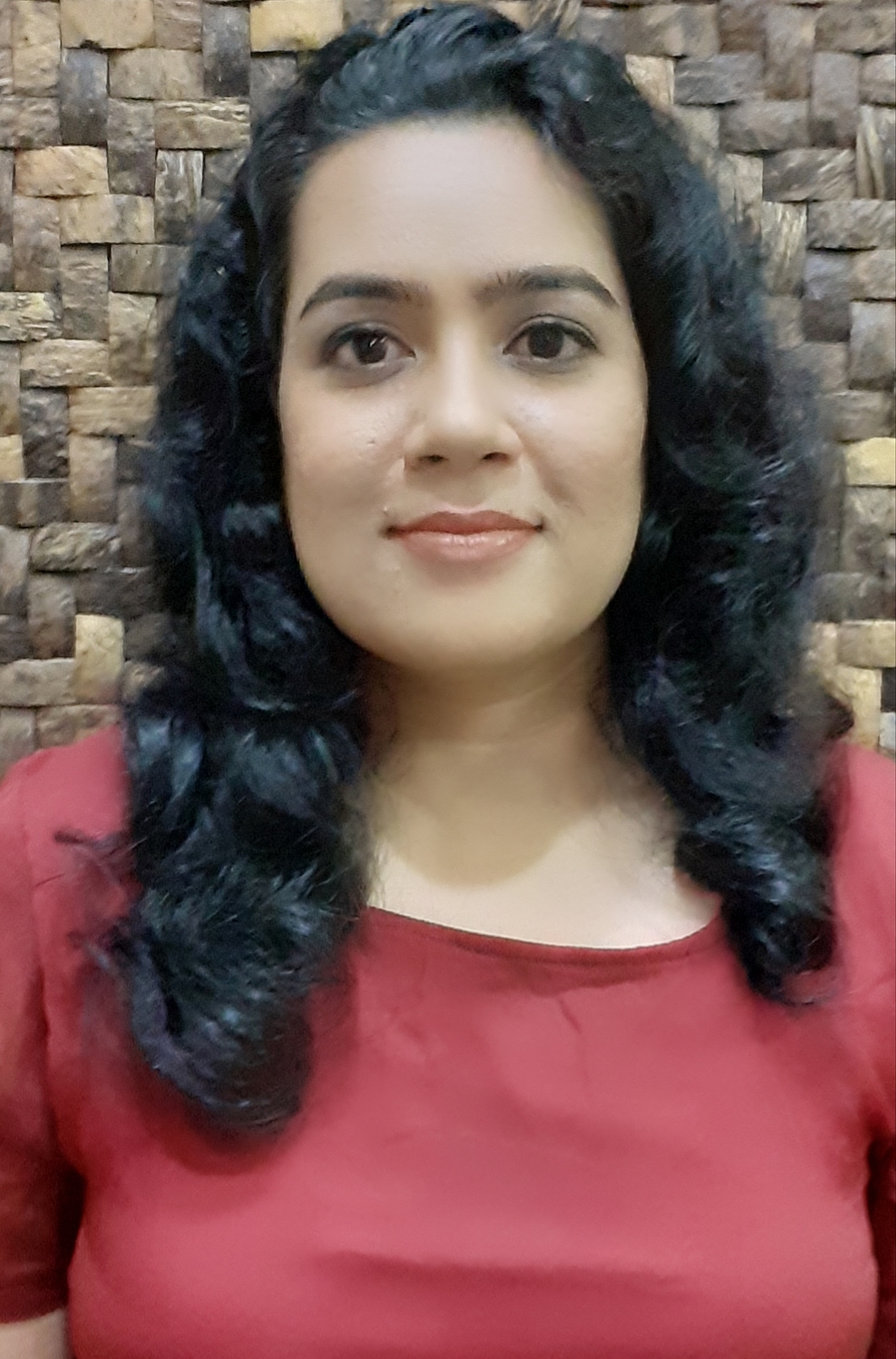 Sonal Shukla is a public policy analyst.  She writes on foreign affairs, political economy and environment.