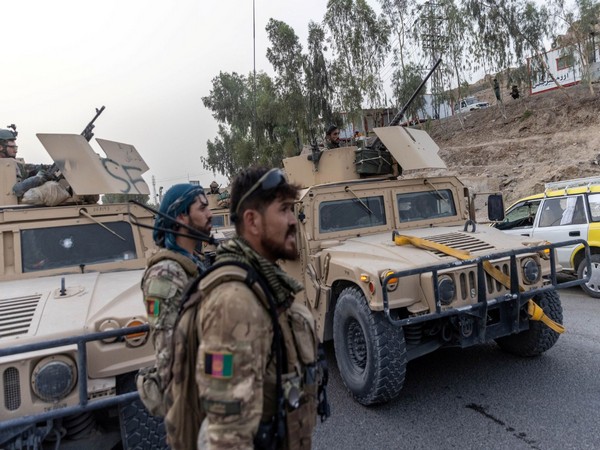 People, leaders & institutions and aspirations have rallied under one national Flag

The last two weeks saw the emergence of a new Afghanistan which is confident and united in its resolve to be the master of its destiny.

Are we witnessing the birth of a country that wants to become self-reliant, at least on the security front? Both at home and aboard, Afghans are rallying around its elected leadership, security forces, and government institutions. They have gotten their acts together as Afghans- no more divided by region or ethnicity.  And, this augurs well for the country.

To the surprise of many in the region and probably the US, Afghan National Defense Forces (ANDSF) has not abandoned its duty & responsibilities. On the contrary, it has pushed back Taliban terrorists from critical areas and further prevented important cities and towns from falling into the hands of Pakistani proxies.

Though the Taliban has declared that it controls 80 per cent of Afghan land, a claim disputed by the elected government in Kabul, the area under the militia control is barren land and sparsely inhabited; thus, these territories offer no direct strategic value in the outcome of the ongoing Afghan-Pak war.

Pakistan and its proxies had assumed that as soon as the US troops pull out, the ANDSF will disintegrate, infighting among ethnic leaders will erupt- leading to the total collapse of Afghanistan, and then the Taliban, as it did in the late 90s, will take control and establish a regime backed by ISI and Pakistan Army. Well, this Pakistani hypothesis has fallen flat and for a plethora of good reasons. So let us check what is keeping Afghanistan from slipping as it did during the civil war of the 90s.

The fall of Afghanistan in 1996 and the establishment of the proxy Pakistan regime lead by the Taliban was possible due to multiple reasons, namely- infighting among regional commanders had weakened ANA by splitting its resources. In addition, the US support against the Soviet occupation of Afghanistan meant an unlimited supply of resources to the Mujahedeen.

The ordinary Afghans were fatigued with the three-decades-long civil war and wanted an end to it. Thus, when the Pakistani backed fanatic mullah protected Mujahideen as the saviours, largely uneducated Afghans welcomed them with open arms, believing that they would protect their interests. But that wasn’t the case.

As soon as the Taliban took control of Afghanistan – the first Pakistani act was to loot its resources and destroy the infrastructure. Going by the local accounts that I heard during my stay in Afghanistan, for months, Pakistani looters chopped and smuggled out huge pine trees, some over 100 years old.  Kabul had electric buses in the 90s- the looters took away cables, electric poles. They even bombed new buses, civilian and military aircraft for scraps. Afghans also narrate how young women were abducted and taken away by “Pakistani pimps” to Karachi and Islamabad.

In the ongoing Afghan- Pak war – the Taliban have made their true intent clear by looting Afghan assets and destroying resources in areas held by them.  Thus, Afghans surely recognise- the terror and repression, Pakistan will unleash across the length and breadth of Afghanistan, through its proxies, if their country falters again this time.

What are the differentiating factors between 2021 and 1996 Afghanistan?

Regional commanders and former leaders are united against the common enemy:

After serving stints within elected governments since 2001, most erstwhile regional commanders have gracefully retired in their respective areas. For a large part since 2001, these leaders didn’t interfere in the rule from Kabul; many were part of a democratically elected government. In fact, the country witnessed a peaceful transition of power from Karzai to President Ghani. Thus, it is safe to rule out regional leaders, especially former military commanders fighting against each other as they did in the 90s. Instead, powerful leaders such as former Governor and Mujaheed commander Ismail Khan from Herat and Afghan former Vice President Marshal Abdul Rashid Dostum from Sheberghan, former Afghanistan President Hamid Karzai and elders have rallied behind the current Afghan government.

While Marshal Dostum vouched to defend his people with the last drop of his blood, Ismail was “back again on the front lines to fend off the Taliban advance.”

Their united front, both on the military and political front, augurs well for the country, which will be difficult to breach for the Taliban.

ANDSF is fighting as a national Force:

The ANDSF is largely a professional force now, more Afghan than ever before. Moreover, they are fighting the Taliban as a national army and not as an army belonging to a local or regional commander, a major difference from the 90s.

The ANDSF’s ability to hold ground and push back the Taliban has instilled hope among Afghans. The immediate positive impact was- hundreds of Afghans took to streets in major towns and cities of Afghanistan, shouting Allah-o-Akbar in a show of support for the ANDSF.

Afghan diplomacy has matured with time. At the request of Afghanistan Foreign Minister Mohammed Haneef Atmar, the UN Security Council convened an emergency session on Afghanistan. Afghan leaders and diplomats have rallied support from the international community.  Their diplomatic offensive has galvanised Security Council “members to call for an end to the violence and hostilities” and also “helped reveal to the outside world the dire situation facing the war-torn country.”

Millions of Afghans live across the globe, mostly in the US, Canada and EU.  They have been demonstrating against violence perpetrated on women, children and government entities by Pakistan and its proxies. The expat Afghans are an invisible diplomatic force, and they can influence governments in their adopted countries.

Longing for a homeland:

Many years ago, during a private gathering of elite Afghans in Dubai, a billionaire became emotional and wondered if his children would ever visit his ancestors land and get the first-hand experience of its culture and traditions. And, his apprehension was shared by many in the room. I have heard similar emotional bursts from across the Afghan society.

The Afghans are longing for a home – that is peaceful, safe, and secured for themselves and their future generations.

Afghan watchers like me, who have lived in the country and had the opportunity to work alongside ANDSF, government and especially the young Afghans, can vouch for one thing. Afghans want a homeland where they are masters.

Largely due to the presence and support of the international community, Afghans born during the last two decades and those in their 40s have experienced a life that their parents never dreamt of. Thanks to technology, most Afghans are one with the world and not stuck in some time capsule. They will not trade it with their lifestyle. They will rather defend it. A case in point is Afghan children taking to the street and shouting Allah-o-Akbar in support of ANDSF. Some may point to the fact that this show of support is limited to cities. Nonetheless – it is a voice the international community can’t ignore and should respect because they gave Afghans a taste of democracy.

Thanks to social media, Taliban atrocities are no more hidden. The world has to stand up and take action either today or tomorrow. Sooner the better for the sake of thousands of women, children and young girls.

The global powers cannot term the ongoing conflict as “Civil War.” Afghanistan is fighting a proxy war unleashed by Pakistan. This is not a CIVIL War! – It is Afghan-Pak War, and it is up to the global powers to make Pakistan pay for it.

Aug 13, 2021
I think there is a priority as a mission that the Taliban are the only barbaric share how are you so sure and forgetting the fact that the two beggar jackals in the scene Pakistan sure has a duplicitous role in the future of the Afghanistan but you should also realise that they are more barbaric than they left on to be and on the other spectrum if you look at China and the treatment of the Muslims in there own country how can we say that there any less barbaric than the talibani attackers I have a hunch that the Muslims in China will be pushed over the border and executed by the communist Party of China neat little burial ground for these defiant Muslims in China

Aug 11, 2021
While it’s painful to see the current plight of the Afghans, in the short run, stability in Afghanistan is not in Indian interests because it’ll pave the way for Chinese dominance in the region. Anyway, post the US troops withdrawal, stability is almost impossible in Afghanistan because the main catalysts i.e. the double game playing Pakistan and the ever untrustworthy China, will do their best to ensure Taliban control over Afghanistan and the anti-Taliban forces, supported by the US, NATO, Russia etc. will fiercely oppose all attempts by the Taliban to completely takeover Afghanistan. Of course, IF…. IF by any chance the Taliban does take over control of Afghanistan then Pakistan and China will realize that the Taliban are as untrustworthy as themselves. The Taliban are, after all, just a bunch of barbaric mercenaries who, like all other terror groups, use religion as a front to justify their evil lust for money and power. The Indian game plan in this regard should firstly be to enfeeble Pakistan’s support for the Taliban. This can be achieved if, regardless of international pressure, we create a war like hysteria on our borders with Pakistan. Currently, on account of a peace agreement with India, Pakistan is able to use most of its resources to support the Taliban in its endeavours in Afghanistan. If India ratchets up its hostilities on the Pakistan border then Pakistan will have to divert most of its resources to counter India. This will definitely emasculate the Taliban’s aggression in Afghanistan. Secondly we got to sincerely start working on the disintegration of Pakistan. This can be done by upping our moral, diplomatic and material support to the Baloch freedom fighters and like-minded groups in Sindh. The resulting instability inside Pakistan will turn Pakistan’s focus away from Afghanistan and this will give the Afghan people a chance to achieve peace in their country. At the same time it’ll give us a chance to get hold of POK and who knows, in the long run, we can have our own BRI or maybe an India- Afghanistan Economic Corridor (IAEC) either of which can give us unrestricted access to Afghanistan and Central Asia.