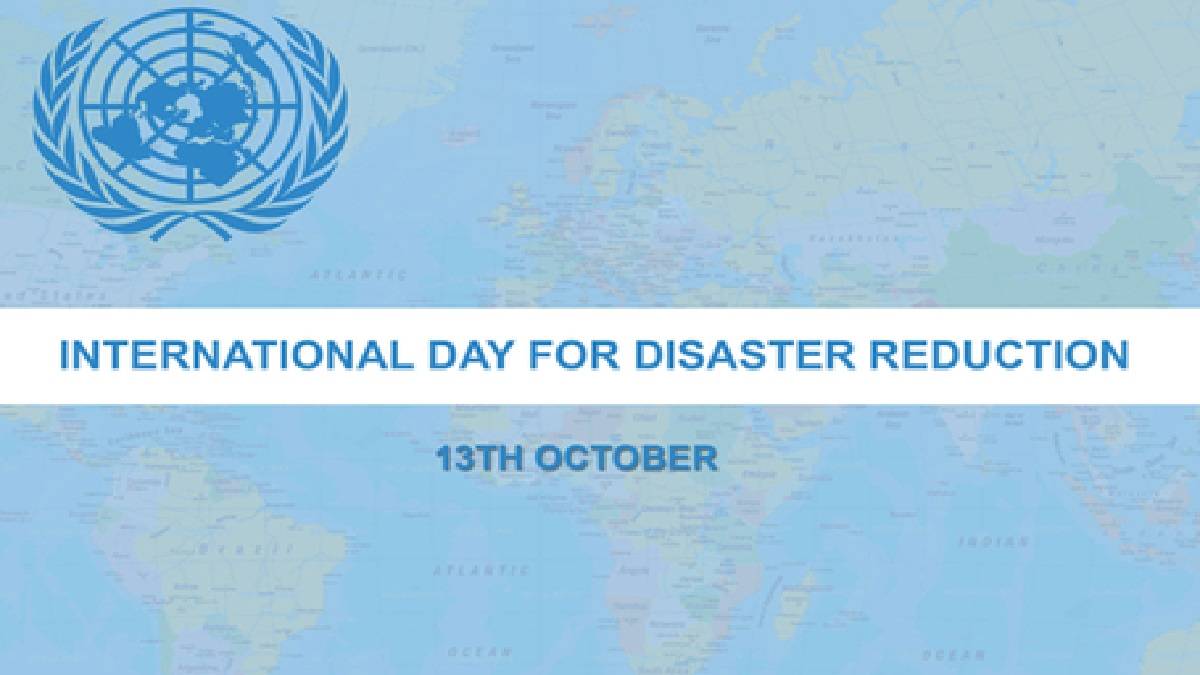 CHANAKYA FORUM IS COMMITTED TO EXECUTE REQUISITE RESPONSIBILITIES FOR REDUCTION OF DISASTER RISK AND ENHANCEMENT OF DISASTER MANAGEMENT CULTURE, FOR THE SAKE OF HUMANITY.

Headlines in the media inform us every day of the new phenomenon of October rains in North India and how this is going to impact so many aspects of human existence in this part of the world. Southern India has been facing floods for the last few years due to high levels of rainfall. The avalanche at Draupadi ka Danda – 2 peak, a few days ago occurred at a designated training area where for 55 years there were no avalanche threats. Obviously, climate change or altered natural parameters of the earth and its layers are having a progressive effect on human existence where natural disasters already existed. Now these are being exacerbated by man-made ones and the effect of human intervention with the fragile ecosystem of the world creating the kind of turbulence that we are increasingly witnessing. All this has a huge impact on human security, involving habitat, access to food, infrastructure, livelihoods, financial stability and much more.

Anticipating this the International Day for Disaster Risk Reduction (DRR) was started in 1989, after a call by the United Nations General Assembly for a day to promote a global culture of risk-awareness and disaster reduction. Held each year on 13 October, the day celebrates how people and communities around the world are reducing their exposure to disasters and raising awareness about the importance of reining in the risks that they face.

A glance at India’s media on 13 October 2022 did not appear to reflect the seriousness or awareness of the work which has been undertaken by the Indian Government in this regard and the enormity of the challenges faced. However, it is also observed that there exists tremendous talent, acumen and concern for the theme of DRR and some detailed focused analyses have found media interventions over the last few weeks. The primary challenge lies in awareness about the potential of disaster risk as a spoiler and the disruption it creates against all efforts towards safety and rapid economic progress which India is making its USP.

In 2015 at the Third UN World Conference on DRR in Sendai, Japan, the international community was reminded that disasters hit hardest at the local level with the potential to cause loss of life and great social and economic upheaval. Sudden onset of disasters displaces millions of people every year. Exacerbated by climate change, these have a negative impact on investment in sustainable development and the desired outcomes. The Sendai Framework set up in 2015 for a period of 15 years comes up for midterm review in May 2023. It is a protocol to assist and guide nations and governments towards achieving the overall objective to substantially reduce disaster risk and losses in lives, livelihoods and health in the economic, physical, social, cultural and environmental assets of persons, businesses, communities and countries. It has seven global targets and 38 indicators for measuring progress on reducing disaster risk and losses. These indicators align the implementation of the Sendai Framework with the Paris Agreement on climate change towards the achievement of the Self-Development Goals.  It aims to avoid creating new and reducing existing risk.

A year later, India hosted the 7th Asian Ministerial Conference (first after Sendai Framework) in November 2016. Keeping with Prime Minister Narendra Modi’s proactive approach towards DRR he outlined his Ten Point Program in its context. The Asian Ministerial Conference Inaugural speech of the Prime Minister delineated the framework for a simple and practical roadmap for achieving sustainable development through Disaster Risk Management (DRM).

In 2022 the International DRR Day and the period around it is focusing on Target G of the Sendai Framework “substantially increase the availability of and access to multi-hazard early warning systems and DR information and assessments to people”. Fortunately, the Prime Minister’s Ten Point Program includes many of the tenets which help achieve this. People centric early warning systems and preparedness can enable and focus definite action to minimize the harm to people, assets and livelihoods. A few examples of the points from the well thought out Ten Point Program are as follows: –

A Common Alerting Protocol program is under development in India and is based upon international norms and standards. In very simple terms this envisages digitalization of all maps, risk mapping as per hazards of which early warning can be picked up under current technological conditions, ascertaining the areas of impact of the hazard and finally identifying the mobile phone numbers and all other means of dissemination to the public of the concerned area. Mapping and synchronization ensure that details of all mobile numbers in the area identified on a GIS map are available for messaging an alert about an impending hazard. The alerts will not be restricted to mobile phones only but will also exploit all other technical means of dissemination such as social media, television and radio, signboards at railway stations, bus stands and even National Highways which have become such high visibility and high impact landmarks.

DRR as a subject need to be addressed holistically through spread of knowledge and a culture of community awareness of its own capability. In India the Government has undertaken ambitious and highly successful programs to strengthen community response through the Aapda Mitra scheme under implementation in 350 districts across India. Ways and means to further strengthen local community response are being sought continuously.

The enormity of achievement of DRR as a whole in India, after the disastrous days of the Odisha super cyclone in 1999 can now be gauged. On 29 October 1999, the Super Cyclone, also known as Paradip Cyclone, hit Odisha with wind speeds of up to 250 kmph. It caused the deaths of about 10,000 people, and heavy to extreme damage in its path of destruction. In a comparative hazard in 2020 coastal areas in West Bengal comprising East Midnapore, North 24 Parganas, South 24 Parganas, Kolkata, Hooghly and Howrah as well as areas in the state of Odisha were affected by Super Cyclone Amphan. There were 127 fatalities. While disasters cannot be simply reduced to narratives of casualties, the achievements in the field of DRR have been substantial.

13 October each year deserves a more direct approach to bring all such information to the people and make them aware of what else is happening to keep them safe and their livelihoods intact.