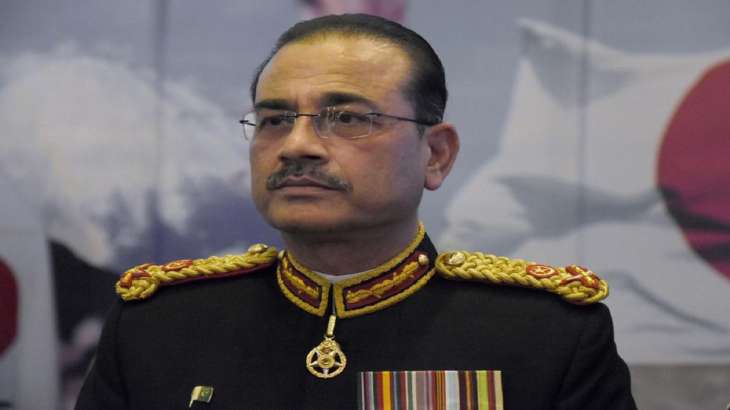 Apprehension about a change in command of the Pakistan Army has been rife for fairly long. Although everything about Pakistan remains unpredictable, the announcement of the appointment of Lt Gen Asim Munir as the next Pakistan Army Chief to succeed General Qamar Bajwa has somehow not really created any ripples except in context to a few issues regarding his personal and professional qualities and his past appointments.

What one fears most about the Pakistan senior military leadership is its propensity to use extremist religious ideology to rally nationalism, unity and an anti-India orientation. In reality this has led to more ethnic and sectarian divisiveness.

General Asim Munir is reputed to be a Hafiz-e-Quran, meaning a personality who in his early years of religious education learnt to recite the Holy Quran by heart. Awareness of Pakistan’s deep-set involvement with the weaponization of Political Islam ever since the days of Zia ul Haq and inspired by the ideologue Maulana Maududi, has left most analysts suspicious that General Munir’s appointment could well spark a return of radicals to strength within the Pakistan Army. However, known facts of his personality and reputation do not appear to back any belief about the new Chief’s rumoured ideological orientation.

Followers of Islam, even the most elite families, usually undergo some kind of religious education and orientation on the faith through study of the Quran. That the scriptures inspire someone to be a Hafiz-e-Quran does not necessarily mean that he believes in radical religious practices and obscurantism.

General Munir’s track record carries no mention of anything profoundly disturbing regarding his religious belief. He briefly served as the DG ISI and DG Military Intelligence (MI) under General Bajwa and is known to be close to him. The traditional 10 Corps bonhomie is a strong network in the Pakistani security set up. Munir commanded Force Command Northern Areas (FCNA) which includes the Siachen sector and is a rare former head of both MI and the ISI. He had to be taken out of the appointment of DG ISI after he made allegations of corruption and investigated former PM Imran Khan’s wife and her family. General Bajwa probably relented to his relief since he was experimenting with the tenure of the ‘selected PM’.  That makes Munir and Imran Khan to be on opposite sides of the fence.

Munir is the senior most of the six Generals whose names were considered for the two top posts of the Pakistan Army. To that extent scope for controversy is considerably diluted. He fits the bill with the Shehbaz Sharif government due to the perceived antipathy with Imran Khan. If a larger-than-life role is also perceived for General Bajwa at the behest of the US, which appears very comfortable with him to manage the military-political backdrop, General Munir is the ideal ‘initial partner’. I deliberately chose to use the term ‘ initial partner’ because the new Chief should not be considered as a pushover as his professional and personal credentials are high.

A winner of the Sword of Honour although he is from an entry into the Pakistan Army which could be compared to either Emergency or Short Service Commission in India. Sooner than later, he will wish to shake himself out of his mentor’s (General Bajwa) influence. This usually happens when external forces play a role in artificially managing an internal political progression to suit a given political and ideological environment. It can progress up to a point beyond which an unshackling occurs. How that unshackling occurs is also important.

In the case of Pakistan there are many factors which influence such a potential unshackling.  Four primary factors among these are Indo Pak relations, especially in the military domain related to the proxy war in J&K, the limits to which political interference is retained in the hands of the Pakistan Army, the state of foreign relations with important international players and how the internal security situation is managed within. Each has its dynamics and over the next two years General Asim will come to grips with all of them. I perceive General Bajwa’s all pervasive influence for some time. It could happen till the elections in July 2023 at the behest of the US in particular who wish to keep Imran Khan far from political power.

The fastest way to make waves by any Army Chief is to use the LoC and the conditions of the proxy war in J&K to make statements on ground. Currently the ceasefire has held almost two years without any serious breach. General Bajwa has in the recent past been reticent about J&K. Aware of the turbulence in the economy and the broad prevailing environment of the emerging new world order this really isn’t the season for war but for recovery of health systems, economies and energy security. Some analysts feel that an active J&K and the proxy war in which Pakistan has invested so much helps an Army Chief gain popularity.

On the other hand, there is considerable opposition to the manner in which the Pakistan Army has handled national security in general. Social and mainstream media in Pakistan are generally reflective of the diluting popularity of the Pakistan Army.  However, it’s not a pushover Indian strategic leadership that General Munir will deal with. Any cross-border attempts to hype the activities of proxy war will be met by strong response with a range of options to which it will not be easy to respond further. Expect no major change here.

The political orientation of the Pakistan Army is unlikely to change. It is just too steeped in the power and money game. Its leadership does not wish to go to war as long as it can continue to feather its nest. General Munir will attempt to find new political equations which further his power. His ambition too could be a six-year tenure which will give him a strong foothold for furthering his options just like General Bajwa. From a moral and ethical angle, it would be expecting too much to imagine that General Munir could do a clean-up act and attempt to take the uniform out of politics in Pakistan.

The state of foreign relations is a very important aspect of strategic management by the Army Chief. Besides India, there is the US, China, Saudi Arabia and the OIC to manage. Afghanistan is also returning as an area of major concern because the Taliban is not playing ball along lines expected by Pakistan. Then there is the entire gamut of economics without which Pakistan will hurtle towards chaos and status of a failed status faster than we can imagine. Now that Pakistan is back into US focus and has gained strategic status due to continued dependence for the management of Afghanistan, General Munir’s job will be far easier than General Bajwa’s. The latter lived through the flip flops of Imran Khan’s maverick ways which manifested in awkward relationships with the most important countries such as the US and Saudi Arabia.

Finally, internal security. This is a domain that will challenge the new Army Chief more than we can predict now. Pakistan’s weak civil society, excessive religious orientation, presence of gullible masses and uncertain economic parameters will drive the streets and remain a cause of major concern. The Pakistan Army will probably be employed to fight the next cycle of terror which seems inevitable; a Zarb e Azb II.

For General Asim Munir the real test is from now till July 2023 when Pakistan will likely go to the polls. Whether he allows democracy to play its role or remain committed to the current civilian leadership which appears to have conveyed its intent to keep Imran Khan away from power, will probably be indicated by some of the early actions that he takes. Will the guiding hand of General Qamar Bajwa continue over Pakistani politics will be known as we go into the winter of 2022-23, starting with the long march.