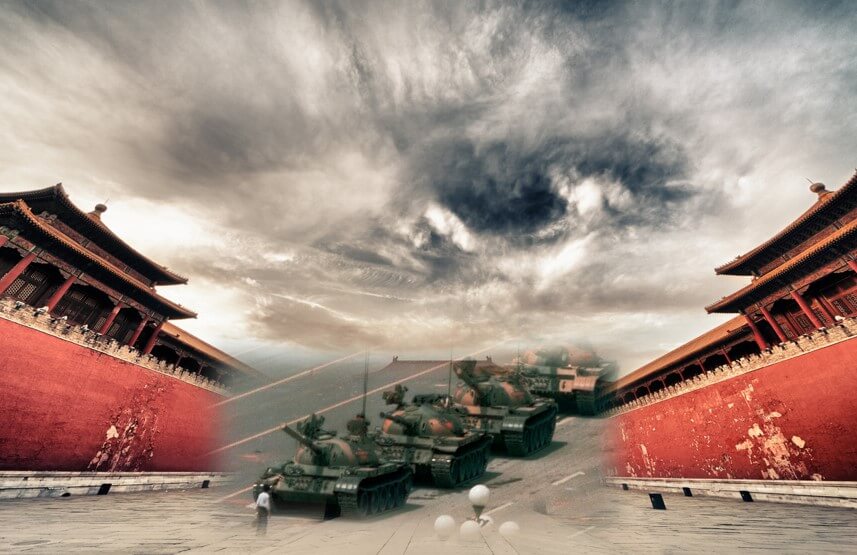 China was going through massive changes in the 80s. The Chinese Communist Party had opened up its economy to foreign investment. Leaders like Deng Xiaoping were credited to have put China on the path of prosperity. His move raised the income and living standards of the Chinese populace phenomenally. However, along with prosperity came the education and expectations for greater political openness.

The students were at the forefront of these demands. This spark of the early-80s gave shape to student protests of the mid-80s. However, no one had expected that this spark would become a flame in a short period. The catalyst came in the form of the death of the leading politician, Hu Yaobang.

Hu Yaobang was General Secretary of the Chinese Communist Party and a close comrade of President Deng Xiaoping. He was credited with China’s launch into capitalism and recovering the country from the misdeeds of Mao Zedong.

In 1987, Hu Yaobang was unceremoniously removed from his post and made an ordinary politburo member. His crime, he tolerated “bourgeois liberalization”, or had sympathy for student demands for democratic reform.

Tiananmen Square is Beijing’s most famous landmark and it was about to become world-famous. On 15 April 1989, learning about the death of Hu, thousands of students started gathering in Tiananmen Square. They were chanting the slogans of greater freedom of speech and less censorship.

Crowds kept swelling day by day and eventually the number of protesters reached over a million. Such large numbers baffled the government and they were unsure of taking direct action against the protesters. Soon the debates started raging among the ranks of CCP about what line should be adopted against the protesters. The progressives were backing concessions, while the hardliners wanted a tough approach. Eventually, the hardliners won the debate.

On 21 May 1989, martial law was declared in Beijing. On 3 to 4 June, PLA troops began to move towards Tiananmen Square. They opened fire on their citizens, many of them their own brothers and sisters, killing over 10,000 (as per the cable of the British Ambassador to China, Sir Alan Donald) and wounding thousands of others. The student moment was brutally crushed. All student leaders and protesters were arrested. Communist Party had once again reigned supreme and regained control of the area.

The aftereffects of the Tiananmen Square were that the CCP abandoned their balanced approach. The economic reforms stayed on track but the political reforms were abandoned. Today after 32 years, China has less freedom of speech, rather lesser freedom of every kind.

Xi Jinping and his team have created a parallel universe for the Chinese citizens where no one else except China exists. The irony of the situation is that all the protesting students are in their 40s or 50s. They have children whom they could never tell what Tiananmen Square protests were all about. They have social media where they can express every absurdity, but not political opinion. Today Xi Jinping rules over a robotic society where young men can sell their kidney to buy iPad, but cannot browse the international news. Long back Friedrich Nietzsche had said, which aptly applies to present-day China, “In individuals, insanity is rare; but in groups, parties, nations, and epochs, it is the rule.” 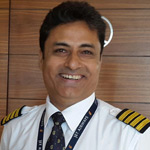 A veteran of the Indian Navy, Cdr Sandeep Dhawan served in the Navy from 1988 to 2009. He was a Maritime Reconnaissance Pilot and a Flying Instructor. He is a geopolitical analyst and writes for the various online websites and organizations.

Jun 15, 2021
Very well written account.... A fitting tribute to our brave hearts who sacrificed their lives

Jun 08, 2021
Sandeep....very well crafted. We used to in School when this unfortunate event took places. The newspapers and periodicals were filled with this. Chinese citizens should never forget this massacre.

Jun 07, 2021
Like Russia, China too will be humbled and fragmented one day. What is unnatural always perishes. It's a law of nature. When that happens and whether we will be alive till then remains to be seen.

Jun 07, 2021
The event needs to be reminded to the new generation. Very concisely and timely reminded. Always good to read your posts.

Jun 06, 2021
How troubling that Nietsche quote in view of the article, and as one world govt by the small elite, not elect, approaches.

Jun 05, 2021
Thank you for this. We must never forget Tiananmen Square.

Jun 05, 2021
As a hindsight is it that the "Tiananmen Square Protests" were a little too early and without proper preparations…. Would the history of that nation and that of the world at large be different had the progressives had the upper hand at that time. Also probably USA would have been still stronger and also probably China may not have seen this stupendous growth. Yes one can’t ignore the fact of gross human right violations there.

Jun 05, 2021
Yes, I vividly remember that massacre. Great to revisit some facts

Jun 05, 2021
It’s terrifying to see if what the Chinese had the inhumanity to do to their own people 30 odd years back, then this should be a warning as to how time has hardened them against the world to achieve their goals and what they are capable of doing to anyone who is not a part of their robotic society. The article is eye eye opening to the Chinese intentions and well represented.

Jun 05, 2021
China has time and again violated the global order of human right, freedom, transparency and neighborhood harmony. It believes in crushing dissent, more like the rogue rulers of certain countries. It worked for China first and later for HK. Sooner or later it will be the case for Taiwan. Its expansionist policies is a threat to Asia and Asians. In addition, the lab produced virus unleashed on the world and specifically on India speaks of the threat we have. They have taken advantage of Indian immature democracy and a hostile opposition. We’d see more and more human right violations in time to come. Unless world reject China’s product, nothing would change. A great article from you at the right time captain

Jun 05, 2021
Tiananmen Square even left scars which are still fresh in World's memory. We must learn from the history.

Jun 05, 2021
I think what the series of events in 2020-21 involving the Chinese has taught us, is that media is useful as a tool in a nation that is completely autocratic and media personnel are beholden to the state for their very lives. On the other hand the media is completely discredited and even authentic reports are eminently discardable as probably manipulated or planted. The drawback of a free media is that there will be several agendas, many driven by extra-national interests which could put the govt of the day in a bind. Even a truly nationalistic (as in one that works for its people) govt will find itself fighting, just to keep its narrative straight and stay the course. A whole department of counter propaganda will be needed. But the upside is that people will be more willing to give credence to official statements. Being a fully fledged democracy, India has no choice but to allow full freedom of speech. No breaking existing laws that protect people against exploitation, violence, child pornography, slander and so on.....but within the law, say what you want about whatever you want.

Jun 05, 2021
A very timely piece, succintly put. The present generation has been doomed to forget its own history

Jun 05, 2021
The problem lies in china’s expansionist theory. Hong Kong is already in the whirlpool. As if the Covid armageddon was not enough…. Taiwan is the next agenda. CCP will go to any length and use any means to crush the people’s voice. What baffles me is the prowess of CCP which goes unchallenged everytime and everywhere. Time for the world to clip their wings.

Jun 05, 2021
You have brought back the memories of those dark days. It was sad to see how those young men & women, full of vigor and energy, were butchered by their own. The younger Chinese generation has been kept in the dark & history has been rewritten. China has a past, but no future, even if they get rich.

Jun 05, 2021
A very timely and succinct article, Commander. I tried posting the comments many times yesterday but it didn't allow me to post. I hope it wasn't the handiwork of Chinese hackers.

Jun 05, 2021
Good to remember the misdeeds of the evil. Let it spread to their own people to make them aware of the reality. Good one . Keep it up.

Jun 05, 2021
It was a very sad day for the entire humanity. Certainly the world leaders must make note.

Jun 05, 2021
A thought provoking articles Dear Commander Sandeep Dhawan. 1. Tiananmen Square massacre and it's aftermath rise of China with impunity has further strengthened the Chinese authorities belief in a "Iron Hand" approach and have become more repressive following the policy of "Stability Maintenance ". 2. The participants of Tiananmen Square mass movement are parents and grand parents now, but I wonder if they dare to discuss their bitter and horrific experience of 1989 lest the history repeats itself of 1919 or 1989. The Chinese have kept their home shut for others to get in and for their people to move out physically or intellectually. 3. The way forward lies in a calibrated global response- least by those who matter to China ie economically where business is affected. A multi pronged approach ie giving asylum and boycotting economically as well as diplomatically. That may compel China to respect it's citizenry liberty (of thoughts, expression and communications. Jai hind