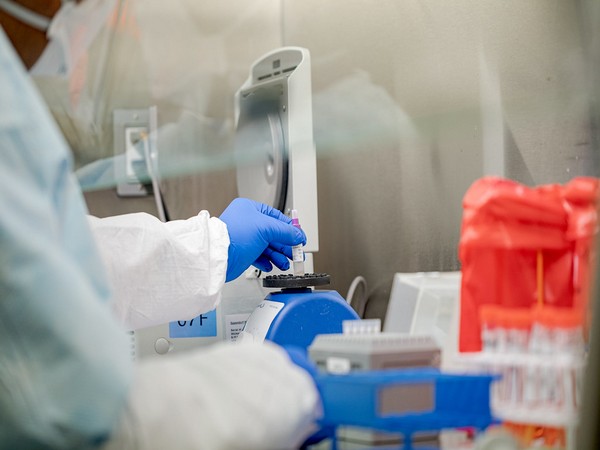 Beijing [China], June 23 (ANI): Amid mounting pressure over calls for a fresh probe into the origins of COVID-19, a review of Wuhan Institute of Virology’s public records and internal guidelines have revealed the existence of unspecified classified projects and discussion of the lab’s responsibilities under China’s state secrets law, which hamper the search for the origins of the virus.

According to Washington Post, some records mention protocols for disclosing information to foreigners and the sealing of some research reports for up to two decades.

Tang Kaihong, a local representative of China’s National Administration for the Protection of State Secrets, discussed the national security risks of the institute’s research and warned of infiltration efforts by foreign spies, according to an account published by the Chinese Academy of Sciences.

The secrecy may help to explain why efforts to confirm or disprove the lab-leak theory of the pandemic’s origins have made little progress.

US President had earlier ordered intelligence agencies to ‘redouble their efforts’ to determine the source of the virus, which is exactly the sort of operation the Wuhan lab prepared for more than a decade ago with the setting up of systems to handle confidential information.

The Wuhan lab has drawn global scrutiny because of its research on bat coronaviruses in the city where the pandemic began. The lab leak theory has recently become the subject of renewed public debate after several prominent scientists called for a full investigation into the origins of the virus.

As China’s threshold for the classification of secrets is lower than in some countries, the country’s State Secrets Law entails information on military and diplomatic affairs and on the country’s economic, scientific and social development to be confidential, reported Washington Post.

The topics of the Wuhan lab’s classified projects are unknown. Its guidelines on information disclosure say the institute shares details of its work with the public, with the exception of state secrets, research and work secrets, matters under investigation, and disclosures that would violate the law.

In January, the US tate Department said in January that the Wuhan lab had worked on classified projects, including animal experiments, with China’s military since at least 2017. Washington Post discovered public records of the lab working with Chinese military hospitals on unclassified projects for drug development and AIDS prevention, as well as instances in which lab officials mentioned classified projects at the institute.

This was followed in October 2014 by a training session for more than 60 staff members at the Wuhan lab who were Communist Party members. Xiao Gengfu, head of the lab’s confidentiality committee, discussed the meaning of state secrets and the institute’s protocols.

Xiao appears to have kept a close eye on the lab’s coronavirus research since the pandemic began. In recent years, the lab has held regular confidentiality training sessions for staff, including one in 2018 where speakers discussed best practices for moving researchers on and off classified projects.

The hypothesis that the virus was accidentally leaked from the lab was largely disregarded by scientists in the early stages of the coronavirus outbreak. China has repeatedly denied that the lab was responsible for the outbreak.

Members of a WHO team that visited China earlier this year hunting for COVID-19’s origins have said they did not have access to all data, driving the continued debate about the country’s transparency.

Former US President Donald Trump, earlier this month, called on America and all the nations to demand reparations from China due to the damage caused by COVID-19.

Speaking at the North Carolina Republican Convention, Trump said: “The time has come for America and the world to demand reparations and accountability from the Communist Party of China. We should all declare within one voice that China must pay. They must pay.” (ANI)