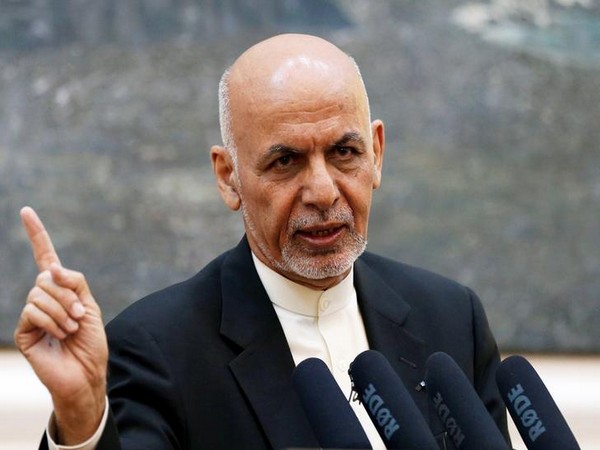 Kabul [Afghanistan], August 14 (ANI): Afghanistan President Ashraf Ghani on Saturday reassured citizens that his government will prevent further violence and displacement of the people and ensure that stability is maintained.

“Under the current situation, remobilizing the Afghan security and defence forces is our top priority,” TOLO News quoted President Ghani as saying in a pre-recorded message that was broadcast on television today.

Ghani also decided to continue as the Afghan President stating that he knows that the people are concerned about their future. “I assure you that as your president my focus is to prevent further instability, violence and displacement of the people.”

Amid the imminent threat of the Taliban, the Afghan President further said he will not allow “the imposed war” on Afghans to bring further killings, loss of the gains of the last two decades, and continued instability.

On Friday, the UN had said Afghans displaced by fighting are streaming into Kabul and other large cities.

“Due to the conflict that we’re seeing across the country, many people are arriving in Kabul and other large cities, trying to seek safety for themselves and for their families,” said Stephane Dujarric, the chief spokesperson for UN Secretary-General Antonio Guterres.

The United Nations and its humanitarian partners verified 10,350 internally displaced people arriving in Kabul between July 1 and Thursday, Dujarric said.

Due to mounting offensive by the Taliban, the terrorist group has managed to get hold of half of the country’s 34 provincial capitals and now control roughly two-thirds of Afghanistan, with the complete pullback of foreign troops just two weeks away.

Meanwhile, Pentagon said it is “certainly concerned” by rapid the Taliban advances in Afghanistan, adding that the terror group is trying to isolate Kabul as they have “taken over border crossing, highways, and major intersections to control lines of communication and revenue”. (ANI)

Aug 15, 2021
Dont know why USA didnt take timely action on the behind-the-seen actors and now a big mess has occurred. It seems Afghan forces is just a number.