When we speak of accountability, it’s indeed a sad state of affairs that States sponsors of terrorism allowed to go scot-free: India 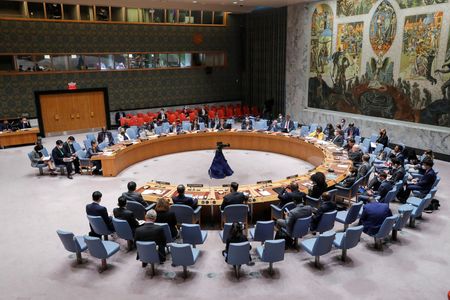 United Nations, Jun 2 (PTI) India has said that state sponsors of terrorism being allowed to go scot-free reflects a “sad state of affairs”, telling the UN Security Council that any debate on accountability is incomplete without taking into account the carnage wrought by terrorist forces, particularly those backed by State actors for pursuing political objectives.

“When we speak of accountability, it is indeed a sad state of affairs that States sponsors of terrorism have been allowed to go scot-free. Therefore, any debate on accountability would be incomplete without taking into account the carnage wrought by terrorist forces, particularly those which are backed by State actors for pursuing political objectives,” Singh said.

He told the Council that India, which has suffered the scourge of cross-border terrorism for decades in which thousands of innocent civilians have lost their lives, has always been at the forefront of global counter-terrorism efforts.

“The international community should stand firm on its opposition to terrorism in all its forms and manifestations and reject any attempt to provide any justifications for terrorist acts,” he said as he noted that India has extended financial assistance to support to the investigations of UN Investigative Team to Promote Accountability for Crimes Committed by Da’esh/ISIL in Iraq.

Singh underlined that the issue of accountability cannot be discussed in isolation, nor can it be seen from the narrow perspective of alleged acts committed only by the State, “where foreign forces are actively involved, including where they have a physical control and presence, we need to factor these in, when accountability issues are discussed. The imposition of universal jurisdictions on alleged acts of atrocities, committed in the territory of a sovereign state, need to be avoided as well.” Singh pointed out that post-2005, referrals of situations to the International Criminal Court, especially the haste with which such referrals have been made, have come under criticism.

“The acquittals in recent years have also cast a shadow on the credibility of the ICC. These developments appear to substantiate the view that when cases are referred to ICC primarily for political reasons, the ICC mechanism may not serve the larger purpose of justice,” he said.

Singh added that several countries in Africa and Asia, including India, are not parties to the Rome Statute.

“Independence of a judicial body is the sine qua non for impartial dispensation of justice and in no circumstances the discretion of a judicial body should be subordinate to any political organ. By giving a role to the Security Council to defer the investigation and proceedings of the ICC under Article 16, the Statute violates this cardinal principle,” he said.

Singh stressed that the tools to address the serious violations of international law need to be used judiciously, without any selectivity, in line with principles of the UN Charter.

“The efforts of the international community should aim towards supporting the member states in ensuring justice for victims, through an accountability process based on nationally accepted norms of jurisprudence.

The process should also promote national reconciliation and inclusive future,” he said and referred to the International Tribunal for the former Yugoslavia and Criminal Tribunal for Rwanda, and Special Court for Sierra Leone, that helped in contributing to the fight against impunity and complimenting the national justice.

Further, he said that decades of practice have shown that Responsibility to Protect (R2P) cannot be used to address all violations of human rights and humanitarian law but it must only be confined to the four identified crimes – genocide, war crimes, ethnic cleansing, and crimes against humanity.

“Practice has also shown that the default response of the international community cannot be coercive measures under Chapter VII of the UN Charter, nor can it be seen as a pretext for humanitarian intervention,” he said.

He voiced India’s support for the International Court of Justice (ICJ), which is the principal judicial organ of the UN and has the role to settle, in accordance with international law, legal disputes submitted to it by States and to give advisory opinions on legal questions referred to it by authorized United Nations organs and specialised agencies.

“The international community should always encourage states concerned to have an inclusive and transparent process to establish accountability for serious violations of international law committed in its jurisdiction. The pursuit of accountability and justice cannot be linked to political expediencies,” he said adding that the process, in order to succeed, should be nationally owned, and inclusive with active participation of women.

He said that India has followed the path of ‘Dharma’ or ‘righteous conduct’, whose tenets are based on the principles of humanity and humanitarian norms.

“India firmly believes that the rule of law is a necessary precondition for sustainable peace and development in any society.”