Western Powers are Funding the War on Ukraine 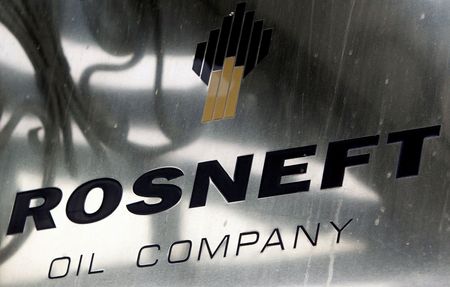 The debate on imposing the ‘‘Countering America’s Adversaries Through Sanctions Act’’ on India is at an all-time high in the United States as India decides to maintain neutrality on the ongoing Russia-Ukraine crisis and imports 13 million barrels of oil from the Russian Federation. Never ever in the past few years, the ‘Pentagon’s PR’ has been so active in showcasing India in such a bad light. What the western media, which I refer to as ‘Pentagon’s PR’ wants you to know is the fact that it’s India that is funding the war on Ukraine, but the reality is entirely opposite and this argument is not correct. To prove that it’s not India but it’s the West who is funding the Russian aggression on Ukraine, here are some of the arguments which I present with some well documented facts.

Lifting the ban on fertilizers

Fertilizer is a substance that is applied to the soil in order to provide nutrients and it doesn’t seem as fancy as crude oil and this is the reason why it’s always quite away from the public eye.

On one hand, the United States threatens the world with the possibility of imposing ‘CAATSA’ on them if they opt for importing from Russia, and on the other, their office of Foreign Assets Control which comes under the US Treasury released a notification removing Russian mineral fertilizers from possible sanctions. This notification titled ‘GENERAL LICENSE NO. 6A’ with the subject ‘Transactions Related to the Exportation or Re-exportation of Agricultural Commodities, Medicine, Medical Devices, Replacement Parts, and Components, or Software Updates, the Coronavirus Disease 2019 (COVID-19) Pandemic, or Clinical Trials’ was signed on March 24, 2022, by Andrea M. Jacki, Director of the Office of Foreign Assets Control and it has given a free hand to the US to purchase fertilizers from the Russian Federation amidst the crisis in Ukraine.

Russian Federation gas represents around 40% of the European Union’s natural gas imports, with the German imports being 42.6 billion cubic meters and Italy’s imports counting about 29.2 billion cubic meters. Coming to the oil of which Russia is the third-biggest producer in the world, Poland imports a record 64 percent of its oil from Russia. On one hand, the European countries are doing Instagram diplomacy where they claim to be standing by Ukraine, and on the other, they are funding the war on the Ukrainian people with their continuous purchase of oil and energy in such a huge quantity and because of this, Russian Ruble also became the best performing currency of the month of March. Ruble came to a low of 83/US dollars against the high of 139/US dollars.

Just a few days ago, the External Affairs Minister of India, Dr S Jaishankar also pointed out the fact that Europe bought 15% more oil & gas from Russia than it did a month before amidst the Ukraine crisis. He also highlighted that the major buyers of oil and gas from Russia are in Europe. Blaming India for purchasing the discounted oil is nothing but the pot calling the kettle black and this idiom also is incomplete because India’s energy imports from the Russian Federation in the past was even less than one percent as we rely mostly on the Western part of Asia for our energy needs.

India is a sovereign state and is the world’s largest democracy. The basic idea of democracy is that it’s of the people, for the people, and by the people, and India chooses the side which is best for their people. Indian leadership is capable enough to understand what’s best for their business and what’s not. Just because India abstained from voting in UNSC and UNGA, that doesn’t necessarily mean that India is standing by the Russian Federation. India has only one side and one stand and that is the side of peace and humanity. We as a nation are the followers of Mahatma Gandhi, the greatest peace icon of the world and we believe that diplomacy and dialogue are the only ways to deal with conflicts.

The Russia-Ukraine crisis is not just the issue of aggression by a particular country, but now it has become the issue of picking sides. West believes that either you are with them or you are against but that is not how diplomacy works especially Indian diplomacy. Lecturing a sovereign nation on their foreign policy is nothing but showcasing your hegemony and in the 21st century world order, any such showcase of white supremacy is unacceptable.

Coercive diplomacy from the Western block is not something which India is going to accept. Instead of offering teachings to India about how ‘History’ will see us and whether Russian Federation is going to help us against the People’s Republic of China or not, the United States and its ‘sidekicks’ should stop funding the war on the people of Ukraine by totally cutting off the imports from the Russian Federation. And as far as the ‘History’ is concerned, we all know that who was behind My Lai Massacre, Operation Speedy Express, Phoenix Program, Tiger Force, No Gun Ri massacre , Pacific theater incident, First and Second Caco Wars etc. 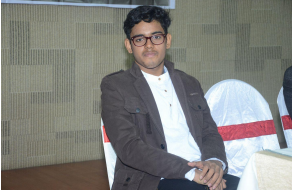 Ritwij Raj better known by his pen name, Ritwij Shandilya is a defence and diplomatic affairs journalist currently based in the United Kingdom. He is the Editor in Chief of digital media portal, The Prode.

Apr 11, 2022
After the opening of a trade war front against China during the Trump era, the Biden led US administration made a huge miscalculation by opening an indirect, military and economic, front against Russia. For this stupidity of the Biden administration, the entire world is paying the price in the form of rising oil and gas prices leading to spiraling inflation and shortage of food and other commodities. I sincerely hope that the Biden led US government is not going to be moronic enough to open another front against India at this juncture. Such an action would highly exacerbate the catastrophe that the entire world is currently dealing with. It will also lead to dissension and disunity among NATO countries as a lot of them would prefer to maintain good trade relations with India. Donald Trump, albeit a highly eccentric maverick, managed to maintain international stability amidst a raging Covid crisis. However, unfortunately, this current US administration seems hell bent on trying to bite more than what they can chew thus leading the US and the entire world down an endless abyss.