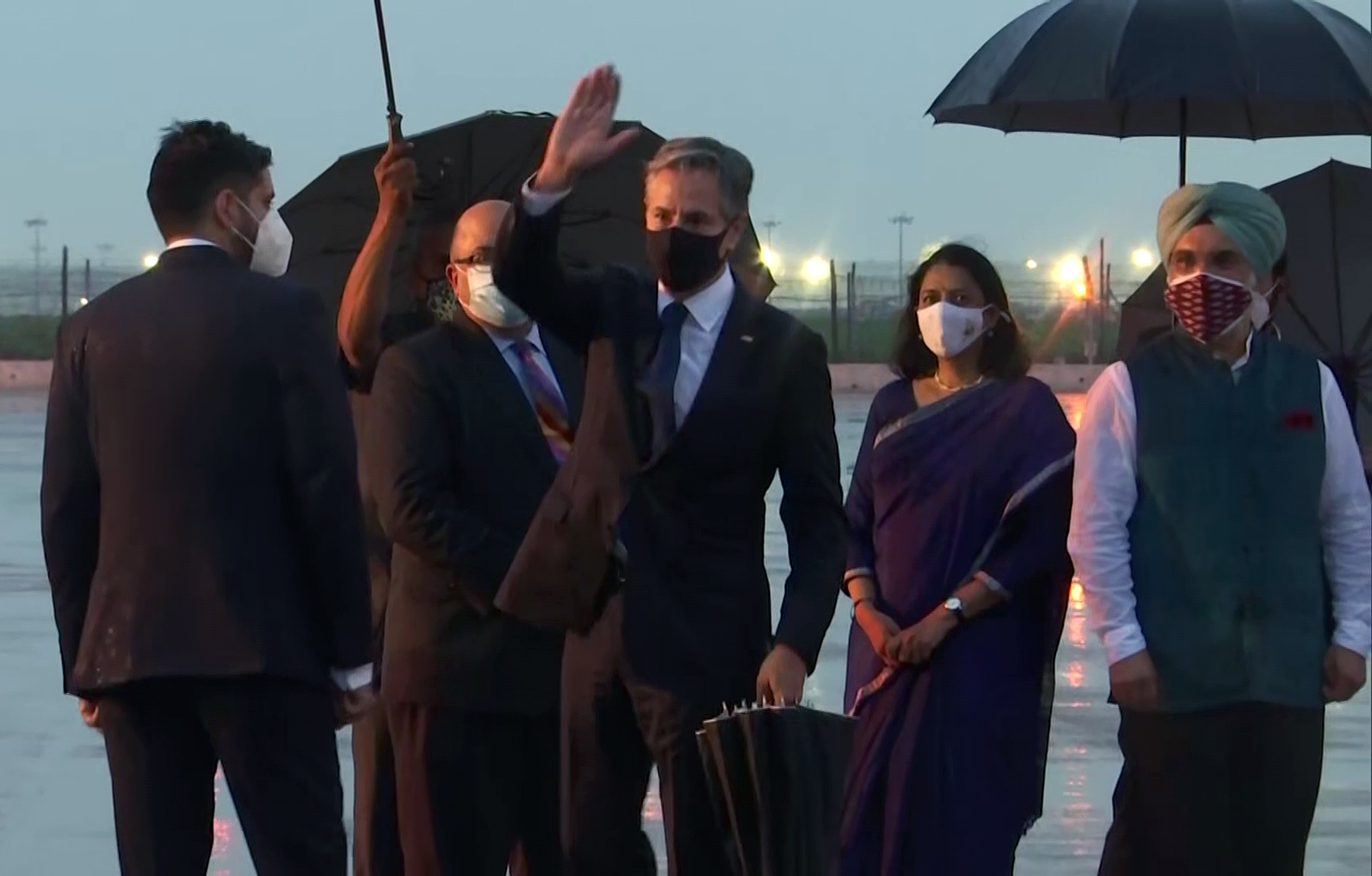 New Delhi [India], July 27 (ANI): US Secretary of State Antony Blinken on Tuesday landed in New Delhi for a two-day visit in which he is set to discuss with Indian officials issues related to bilateral relations, the situation in Afghanistan, and other regional matters including, Pakistan sponsored terrorism and Indo-Pacific.

This will be Blinken’s first visit to India after assuming office. In the defence domain, both sides are expected to explore ways and means to deepen their collaboration. This will cover policy exchanges, exercises, and defence transfers and technologies. These would be covered in greater detail during the fourth 2+2 Ministerial Dialogue due in the US later this year.

Among the subjects on the agenda will be “focus on expanding our security, defense cyber and counter terrorism cooperation,” said the Department of State Bureau of South and Central Asian Affairs Acting Assistant Secretary Dean Thompson. Thompson also said that Secretary Blinken and Secretary of Defence Lloyd Austin look forward to hosting their Indian counterparts in the annual US-India 2+2 ministerial dialogue, later this year.

Indian ambassador to the United States Taranjit Singh Sandhu will also return to Delhi to participate in the high-level meetings where Afghanistan will remain one of the top focus, with Thompson underscoring India’s shared commitment to peace and supporting economic development in Afghanistan.

“We expect that all the countries in the region have a shared interest in a stable and secure Afghanistan going forward” and so “we will certainly be looking at talking with our Indian partners about how we can work together to realize that goal, to find ways to bring the parties together, and continue to pursue a negotiated settlement to end the longstanding war.”

“On vaccines, India will continue to push for ensuring open and consistent supply chains for materials and items required for vaccine production, as India ramps up both for domestic vaccination and as for global supplies thereafter,” sources added. Discussions on deepening Quad engagement are also expected to be a key focus area of talks, with the possibility of a Foreign Ministerial Quad meeting later this year.

India and the US will also take forward the Quad vaccine initiative to enable the supply of vaccines produced in India from early 2022 to countries in the Indo-Pacific region, said a source. Afghanistan witnessing massive violence will be the central issue, implications of the withdrawal of US forces from Afghanistan, and the need for sustained pressure on Pakistan on terror financing and terror havens will be part of the agenda.

Two sides will also exchange assessments about the Indo-Pacific region, with focus on Covid assistance, economic slowdown and security scenario. Latest developments pertaining to West Asia and Central Asia are also likely to be covered, sources said. Blinken’s trip will follow a visit by Deputy Secretary of State Wendy Sherman to China and coincide with one to Southeast Asia by Defense Secretary Lloyd Austin.