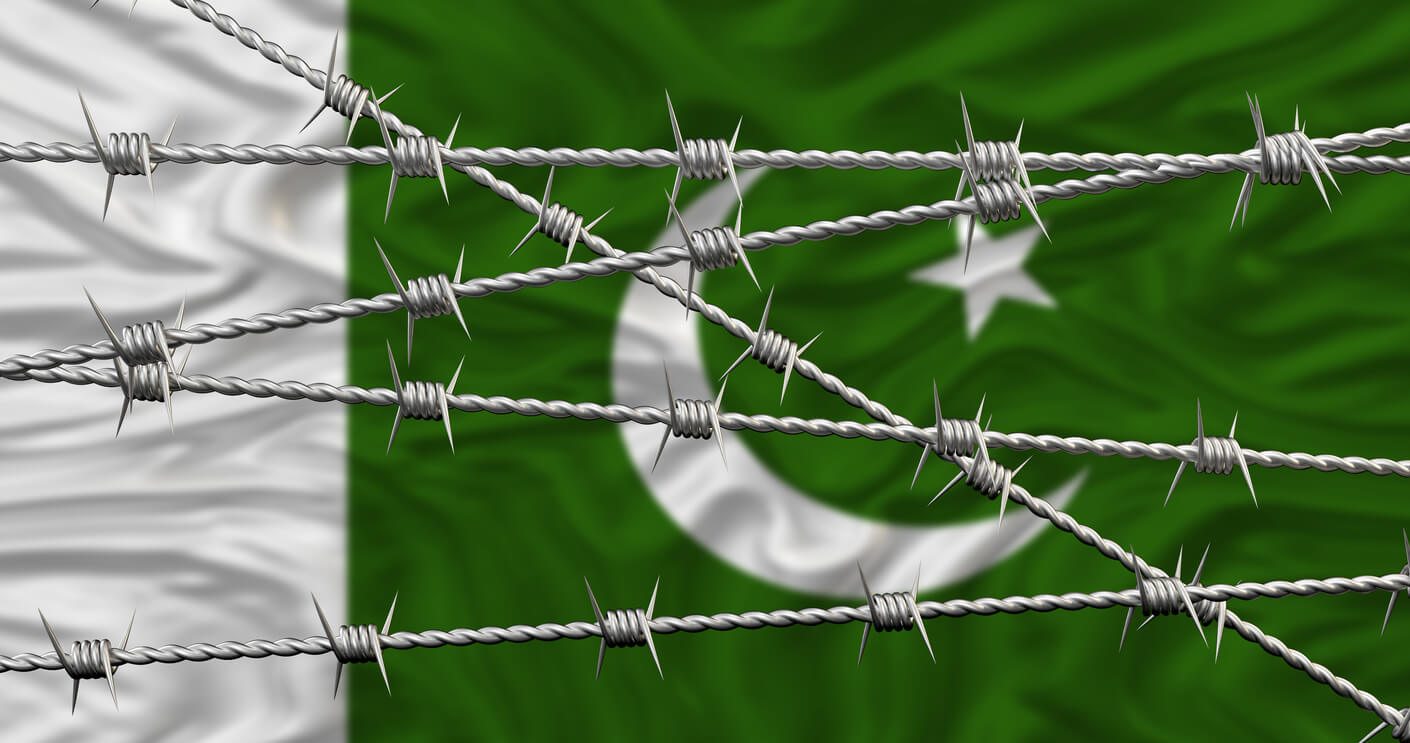 When the first reports came of 22 Republican senators in the US Senate moving a bill to sanction the Taliban and other persons/entities assisting them, alarm bells started ringing in Pakistan. Among other things, the proposed law titled ‘Afghanistan Counterterrorism, Oversight, and Accountability Act of 2021’ demanded a regular report on entities providing support to the Taliban. The very first such report is to include “an assessment of support by state and non-state actors, including the Government of Pakistan, for the Taliban between 2001 and 2020” and a similar assessment of the support given for the Taliban offensive that toppled the Afghan government and their operations against the resistance forces in Panjshir valley. But a detailed reading of the bill suggests that it is nothing but political virtue signalling by the GOP senators, more to puncture the balloon of the Democratic administration rather than to visit retribution on those who double-crossed the US and were in large measure responsible for its ignominious defeat in Afghanistan.

Initially, the Pakistanis felt the air being taken out of their balloon of triumphalism on their ‘victory’ in Afghanistan. The stock markets tanked. The Pakistani Rupee continued its relentless slide. Television talk shows warned of dire consequences of the US turning the screws on Pakistan. There was speculation of IMF loans being stopped, the sword of FATF falling on their heads, and other such dark scenarios unfolding. As is their wont, the Pakistanis responded with a mix of hysteria (who better than Shireen Mazari to indulge in hysterics) and nonchalance from the foreign office calling the references to Pakistan “unwarranted” and cautioning against the “proposed legislative measures” which were “uncalled for and counterproductive” in dealing with future terrorist threats in the region. A few days later Pakistani foreign minister SM Qureshi blamed the bill on anti-Pakistan lobbies and advised against paying too much attention to it. He expressed confidence that there was no bipartisan consensus over the bill and probably wouldn’t pass.

Clearly, after the initial shock was absorbed, the Pakistanis calculated that what is happening in the US Congress is just some blowing off of steam by angry and confused US lawmakers. And they might not be entirely wrong in their calculation. Given the legislative process, this bill is not going to become law anytime soon because of the somewhat long drawn legislative process. It is also not clear if it will sail through Congress in its current form, or will be substantially watered down. Because the bill has been moved by the GOP senators, there is an element of partisanship involved. This means it could face resistance from the Democrats. Many of them might be in agreement with much of what the bill contains, but will resist it for their own political reasons. In any case, the bill has the standard waiver clause empowering the President waive off the sanctions by certifying that doing so is in the vital security interest of the US, a provision that effectively renders such a law toothless.

This is exactly what happened with the Pressler Amendment. For years, US Presidents continued to give waiver after waiver to Pakistan certifying that Pakistan was not close to building a nuclear bomb. It was only in 1990 that the US president did not give the waiver, but by then the damage had been done. Of course, the sanctions that came after Pressler Amendment kicked in were not exactly crippling for Pakistan. Similarly, the sanctions envisaged under the new proposed law are nowhere close to those imposed on Iran or even Russia. For supporters of Taliban, the bill only seeks blocking and prohibiting all transactions in property in the US and a ban on travel to the US. This is hardly something that will impress the Pakistanis. At worst, it means that Pakistani generals will not be able to buy Papa John’s Pizza franchises in the US and not be able to visit their kids who are studying or settled in the US.

There is anyway a lot of scepticism over the US imposing even these utterly meaningless measures by going down the sanctions route. Even so, the bill is indicative of the ugly mood in the US on Afghanistan and Pakistan. There is hardly anyone in the US government, academia, military, media or politics who has a good word to say about Pakistan. But this anger and sense of betrayal really doesn’t add up to much if all the most powerful country can do is wring its hands in despair. After all, it isn’t as if the Americans have suddenly woken up to Pakistan’s treachery or the unreconstructed nature of the Taliban. For the last two decades, they have been aware of the double-game Pakistan was playing. And yet, it was tolerated. There was a touching belief among American policy makers that if they gave some goodies to Pakistan and goaded them, they would eventually see light of day and do the right thing. Clearly, this approach didn’t work and the Americans should have woken up to the reality that Pakistan was inseparable from the Taliban a long time back. But if even after waking up, the most that the US can do is nothing more than virtue signalling by imposing these toothless sanctions, then rest assured the Pakistanis are not going to lose much sleep.

While the ignominious loss in Afghanistan has hardened attitudes in the US, the dilemma for the US is that if it imposes these sanctions, they will hardly be effective in forcing compellence on Pakistan. What is more, the Americans still think they need a foothold in Pakistan to keep an ear to the ground in the AfPak region. That even when they were on the ground, they didn’t have an ear to the ground and never realised when the ground under their feet slipped away has been conveniently glossed over. The question is what great intelligence does US expect to get from the very people – Pakistan – who shafted them for all of these 20 years? Even so, if the Americans have to carry out their over-hyped ‘Over the horizon’ operations, they will need to use Pakistani airspace. In other words, their dependence on Pakistan might have reduced, it has not ended. The Pakistanis still enjoy some leverage, which they will not only use but exploit to the hilt to multiply and magnify their role, and dissuade the Americans from imposing even these rather toothless sanctions. Forget stiffer sanctions, the Pakistanis are going to lean over backwards to convince the US to keep funding not just Pakistan but also Afghanistan. While it is unlikely that the Americans will be so gullible as to fall for the Pakistani pitch, given the way the US policy has played out in the region, this cannot be ruled out entirely.

It is not so much the sanctions on Pakistan that worry the Pakistanis as the sanctions on Afghanistan. The Afghan economy is in a state of meltdown. The fallout of that is already starting to be felt by Pakistan. There is no way that the Afghan state can run without infusion of massive amounts of monetary assistance from the West. The much-vaunted regional alliance that Pakistan is trying to forge just doesn’t have the money to underwrite the Taliban government. The economic meltdown will soon give away to massive disgruntlement boiling over and bringing the sharp divisions within the Taliban ranks to the fore. If that happens, it will not just be the economy but the whole of Afghanistan that will go into a meltdown. That is a dreadful prospect, one which Pakistan would like to avoid at all costs.

If the US Congress and administration is really serious about combating terrorism, they need to rethink their policy. Imposing ineffective sanctions will actually be counterproductive. If they want the Pakistanis to deliver, the sanctions have to be of Iran-level. Otherwise, the sanctions being envisaged will fare no better than the war effort in Afghanistan.

Oct 06, 2021
Arn't we depend too much on others perspective rathar than our own action plan for our immediate and long term interest? Few humble suggestions to sir Gaurav. 1.Can we hv Audio of all text articles by some army(inspiring) voice? 2.Can't all programs by Maj Gaurav and likes at all forums i.e.,tag tv,point of view,republic etc be linked here for our convenience. 3.will be highly thankful if replied.

Oct 06, 2021
Sanctions on Pakistan, regardless of the level of severity, is definitely not a good idea. First of all, don’t look at Pakistan as a nation. It’s just a large piece of land managed and controlled by a powerful mafia like, you know, how those large drug cartels used to exert control over vast swathes of territories in various countries in South America. The Pakistani Establishment is, more or less, something like that. This Pakistani mafia is highly self-centred and is only interested in making money regardless of the misery inflicted on the Pakistani common man. They have no qualms about sacrificing the lives of ordinary Pakistani citizens so long as it serves their personal interests. Now this mafia has its assets and families in the west so, any sanctions on Pakistan is not going to make any difference to them. I agree that, for decades, the Pakistani Establishment had been shafting the Americans for billions of dollars and the US had deliberately turned a blind eye towards this deceit but, c’mon, let’s not be so naïve and choose to look at only one side of the coin. If the US wanted, it could have set up systems in place in order to ensure that most, if not all, of this money was utilized for the purpose for which such sums were allocated but they chose not to. Logically speaking, the Americans are no saints either. It’s obvious that a significant portion of the funds, misappropriated by the Pakistani Establishment, were received by influential persons/lobbies within the various American establishments. These influential persons/lobbies ensured that there was enough pressure on the various US governments to ensure the uninterrupted flow of such funds. Now the US can sanction prominent members of the Pakistani Establishment but what will that achieve?? With the help of their influential friend in the US, these prominent Pakistanis will continue to enjoy life as usual whereas the Pakistani common man will continue to suffer as usual. So, the best option for the US is to forget sanctioning Pakistan and use the IMF, FATF etc. to make Pakistan work as per US interests. Look, the IMF is not going to get its money back and neither are the Chinese going to recover their investments in Pakistan so, rather than imposing stiff sanctions and further persecuting the Pakistani common man, it’s advisable for the US to use their influence on this Pakistani mafia to ensure that the AF-PAK region remains in turmoil for the next few decades.

Oct 05, 2021
The Pakistani army, and especially ISI’s miscalculation would cost Pakistan dearly. Who would suffer are ordinary Pakistani citizens, owners of Papa John's pizza will not get affected, ever. The USA is complicit in many ways and that can not be ignored.