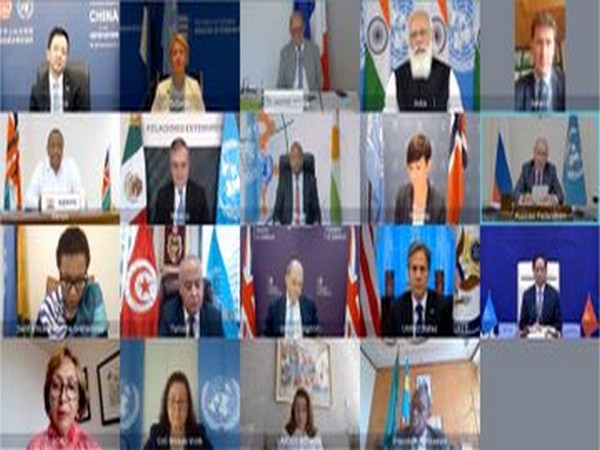 New York [US], August 9 (ANI): The United Nations Security Council on Monday noted concerns about the ongoing threats to maritime security posed by piracy, armed robbery at sea, terrorists’ travel and recognised the importance of enhancing international and regional cooperation to counter these threats.

In a statement at the high-level debate on maritime security chaired by Prime Minister Narendra Modi reaffirmed that the international law as reflected in the United Nations Convention on the Law of the Sea (UNCLOS) sets out the legal framework applicable to activities in the oceans, including countering illicit activities at sea.

Prime Minister Narendra Modi chaired the debate, which was attended by several heads of state and the government of member states of the UNSC. Following the debate, a presidential statement was adopted, in which the UN Security Council reaffirmed its primary responsibility under the Charter of the United Nations for the maintenance of international peace and security, as well as its commitment to uphold the purposes and principles of the Charter.

” The Security Council notes with concern the ongoing threats to maritime safety and security posed by piracy, armed robbery at sea, terrorists’ travel and use of sea to conduct crimes and acts against shipping, offshore installations, critical infrastructure, and other maritime interests,” the statement read.

The UNSC also notes the deplorable loss of life and adverse impact on international trade, energy security and the global economy resulting from such activities and, in this regard, emphasizes the importance of safeguarding the legitimate uses of the oceans and the lives of people at sea, as well as the livelihoods and security of coastal communities.

Acknowledging that terrorists may benefit from transnational organized crime in specific contexts and regions, the UNSC called upon the member states to consider the ratification and implementation of global instruments as well as their participation in national, regional and global initiatives that aim to build capacity to prevent and counter the illicit trafficking, including through seaports and at sea, of natural resources, arms, drugs, cultural property, and illicit trade in direct support of terrorism networks, as well as trafficking in persons.

The Security Council also encouraged the member states to continue building and strengthening their capacities to enhance maritime safety and security, including against piracy and armed robbery at sea and terrorist activities, as well as against all forms of transnational organised crimes and other illicit activities in the maritime domain through the competent organizations and instruments. (ANI)