‘Unprecedented pressure’ on Russia’s friends forces them to support its suspension from UNHRC: Kremlin 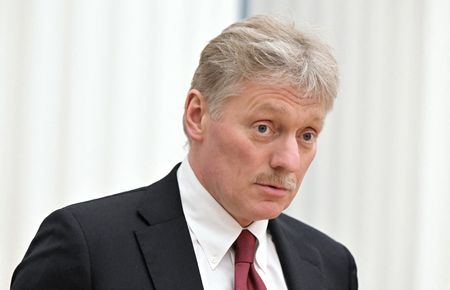 Moscow/United Nations, Apr 8 (PTI) The vote by a number of friendly countries for Russia’s suspension from the United Nations Human Rights Council is the result of “unprecedented pressure” on them, Kremlin Spokesman Dmitry Peskov said on Friday.

The 193-member UN General Assembly voted on Thursday to suspend Russia from the Geneva-based top human rights body over allegations that Russian soldiers killed civilians while retreating from towns near the Ukrainian capital Kyiv. The United States has Ukraine have alleged that the Russian forces may have committed war crimes in the Eastern European country.

Reacting to Russia’s suspension from the UNHRC, Peskov told the official TASS news agency that many countries, who are friends of Moscow, were under “unprecedented pressure”.

“It is not a matter of understanding and forgiving [the friendly countries that did vote in favour]. It is a question of understanding the difficult situation, the unprecedented pressure and, I would say, the compulsion to Russophobia. All the countries that are trying to take at least a balanced position are experiencing all of this. We understand that,” the Kremlin spokesman said.

The US-led West has slapped a series of crippling sanctions on Russia for invading Ukraine.

Asked whether such a decision undermined the status of the top human rights body itself, Peskov said, l following accusations that its military committed atrocities in Ukraine. “it does not give the Council any added value.” “On the contrary, it loses in this situation,” the Kremlin spokesman said.

No permanent member of the UN Security Council has ever had its membership revoked from any organ of the world body.

The UNHRC is a United Nations body whose mission is to promote and protect human rights around the world.

Earlier, Russian Deputy Permanent Representative to the UN Gennady Kuzmin said Russia considers the UN General Assembly decision to suspend it from the UNHRC as unacceptable and politically motivated.

“Russia views the resolution, passed by the UN General Assembly, on the suspension of membership of the Russian Federation in the UN Human Rights Council as wrongful and politically motivated step, taken in order to demonstratively punish a sovereign UN member state that carries out an independent domestic and foreign policy,” he was quoted as saying by the state-run news agency.

Since January this year, India has abstained on at least eight occasions on procedural votes and draft resolutions in the UN Security Council, the General Assembly and the Human Rights Council that deplored Russian aggression against Ukraine.

India’s latest abstention came amid uneasiness in some Western capitals over New Delhi not condemning yet the Russian aggression against Ukraine and its decision to procure large volumes of discounted crude oil from Moscow.

The only time member state was suspended from the Council was Libya in 2011 when in an unprecedented move a resolution was adopted in the General Assembly that had expressed “deep concern about the human rights situation in the Libyan Arab Jamahiriya” in the wake of Muammar Al-Qadhafi’s violent crackdown on anti-Government protestors.

Apr 09, 2022
28 voted against and 58 absent is. Adds up to 82 countries. These countries shud form their own UN type body. Eventually many others would join. This would be a good beginning and a great challenge to the corrupt existing UN.