Understanding the Ethnic Conflict in Ethiopia 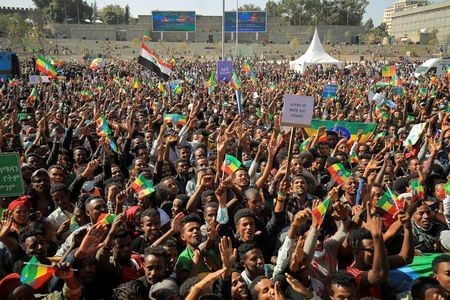 Following a telephonic conversation between Kenyan President Uhuru Kenyatta and US Secretary of State Anthony Blinken on November 26, 2021, Blinken expressed grave concern about worrying signs of military escalation in Ethiopia and emphasised the need to urgently move to negotiations. The comments came just hours after Ethiopian Prime Minister Abiy Ahmed joined the front lines to fight alongside the army in the north-eastern Afar region against rebel Tigrayan forces. As the current conflict-like situation escalates, a large number of Tigrayans have been persuasively removed, confined, or in the western piece of Ethiopia’s Tigray district. In a joint assertion, Amnesty International and Human Rights Watch (HRW) accused Amhara, which had joined Ethiopia’s military, of the maltreatments on Tigrayans.

At least 10,000 people have perished, and war, rape has become a “daily” occurrence in and around Tigray regions like Adigrat, Hagere Selam, the Hitsats refugee camp, and Humera, Mai Kadra. So, why is Ethiopia on the brink of ethnic conflict? Why are different ethnic groups clashing?

First and foremost, it is crucial to understand the broad distinctions between the two major clashing ethnic groups: Amhara and Tigrayans. Their differences lie in the different geographical locations the two groups originate in the Horn of Africa.

Amharic people, constituting 29.3% of the Ethiopian population, are a huge, diversified group of people connected by a single language. They constitute ethnic groups such as Hamtana, Argoba, Oromo, Weyto, Shinasha, Awis, and others speaking Amharic as their mother tongue but having lesser or no cultural similarities. They recognize kinship, but unlike other ethnic groups in the region, they give it relatively lesser importance.

Tigrayans, on the other hand, constitute only 6.1% of the population of Ethiopia. When compared to Amhara, the Tigrayans appear to have a close relationship, less variation, and a social affinity related to a common defining culture. They mostly reside in urban centres of Ethiopia including the capital city Addis Ababa. For centuries, Christianity has been the prevalent religion of both Amhara and Tigrayans, with the Ethiopian Orthodox Tewahedo Church playing a central part in the country’s culture.

Tigrayans are often seen to retain very “Individualistic” characteristics which might be for two reasons; one, for maintaining a very competitive, jealousy, and locally confined identity, and second, as to protect their community and local rights from any outside interference. Tigrayans believe in traditional social groups and communities. There is a strong sense of mutual duties existing among Tigrayans and they perceive villages as genealogical communities with several lineages. Such closeness and cohesiveness are lacking among Amharic people, who are more varied in the association.

The major economic, political, and cultural functions of the Amharas are dependent on the individual’s abilities, which include having an understanding of rituals and doctrines, the ability to produce miracles, and providing moral directions. The Amhara culture’s social ties are mostly built on hierarchical structures. In his paper “Who is Amhara?” Michael Mackonen takes a constructivist approach to defining the Amhara. “A person who is an Amhara by birth may not subscribe to Amhara identity and the Amhara nationalist consciousness,” he says, “and hence Amhara identity can only be defined at the level of consciousness from an ethnic perspective.”

These differences in ethnic identities create an environment of antipathy which leads to intergroup conflicts. According to primordialism, this ancient animus, mistrust, and mutual fear between them continue even today due to differences in both groups’ distinct descent, group formation, or their continued persistence that have not changed through time. Primordial theorists give emphasis more on the affinity people have to their social identities and not just on their social existence. These affinities are ingrained in the ethnic community and are often unbreakable.

Both Amhara and Tigrayans have strong attitudes about their ethnicity, which leads to certain seemingly inexplicable activities, including self-sacrifice, mass murders, for the sake of their ‘given’ social identities. On the assassination of Haacaaluu Hundeessaa, a hero to many Oromo and regarded the voice of their marginalization, primordials argue that the ethnic tensions which erupted after that were due to this distinctiveness in the two different ethnic identities. They constantly live in the fears of oppression and annihilation of one another leading to growing affection for the in-group and hatred for the rival group.

In Ethiopia, language, ethnicity, and politics are all intertwined. Ethiopia’s ethnic-based federal system has accelerated the connection. The political climate in Ethiopia has an impact on the country’s citizens’ attitudes towards each other. Instrumentalists attribute the conflict between ethnic groups happening in Ethiopia to the authoritarian regime of the Ethiopian People’s Revolutionary Democratic Front (EPRDF) alliance led by the Tigray People’s Liberation Front (TPLF).

It was in 1991 that Ethiopia, which had been a unitary state for a long time, was reorganised as an ethnic federal state by “accepting ethnicity as a formal political feature”. Instrumentalists argue that even though the ethnic-based federal arrangement was preferred to ensure equality across the country, ethnic minorities such as the Amhara, who lived primarily outside of “their” ethnic-based administrative unit, claimed that they suffered ethnic-based exclusions and marginalisation.

Although the fundamental motivation for the establishment of ethnic federalism and multicultural citizenship was to avoid such exclusions and hierarchies, “Minority” ethnicities suffered exclusion and were put in a second-class position. In 1991, there were also new administrative changes made by the introduction of regional administrations in nine (initially fourteen) regions. According to Article 46(2) of the Ethiopian constitution, the elements utilised to demarcate internal border demarcation were ethnic identity, people’s willingness, language, and settlement patterns but in reality, language and ethnicity were the only factors taken into consideration ignoring other factors. This line demarcation resulted in recurring boundary conflicts which continue even today.

Gradually over time, Amhara felt marginalised and demanded stronger representation in EPRDF. And there was always a fear hovering among them of getting suppressed by a minority yet politically powerful group of Tigrayans. The major political transformation began with Abiy Ahmed’s election as the new chairman of the Ethiopian People’s Revolutionary Democratic Front (EPRDF) and Prime Minister in 2018. Bold political reforms like ending the 20-year post-war territorial stalemate between Ethiopia and Eritrea were perceived as a threat to the TPLF. For this, peace-making approach Abiy Ahmed became the first Ethiopian and the first Oromo to win the Nobel Peace Prize, in 2019.

Further, he took a number of initiatives to reduce the TPLF’s disproportionate power in the administration. He even merged the ethnic and region-based constituent parties of the EPRDF and several other opposition parties into his new Prosperity Party in 2019 to distance the country from ethnic federalism and ethnic nationalist politics. The TPLF refused to become a member of the new party. It claimed that Abiy Ahmed was an illegal ruler because the general elections, which were supposed to take place on August 29, 2020, were postponed until 2021 due to the COVID-19 pandemic. In defiance of the federal government, the TPLF, led by Debretsion Gebremichael, held regional elections in Tigray in September 2020, despite the federal government declaring the election unlawful. Fighting between Tigray forces and the Ethiopia-Eritrea-Amhara alliance began after a considerable build-up.

By the end of November 2020, Prime Minister Abiy called the Tigray operation “finished” after federal allied forces secured Mekelle, the Tigray Region’s capital. However, the fight still continues to rage with no end in sight. Hence, Instrumentalists claim that the Oromo’s dominance of important institutions such as the executive, military, judiciary, and education system, and is supported by the Amhara, has only exacerbated ethnic tensions. The Tigrayans have become increasingly alienated and frustrated as Oromo and Amhara’s political dominance has grown. Their grievances have been transformed into mass murders; violence directed against the rival groups

Both instrumentalist and primordialist give a very fitting explanation of Ethiopia’s ongoing conflict, but the two interpretations are not mutually exclusive. Neither theory could fully explain ethnic conflicts on its own. Instrumentalists emphasise the ethnic grievances and violence which was exacerbated by the already existing ethnic divisions and ancient hatreds as elaborated by primordialists.

As a result, it is critical to adopt an integrative model, employing an instrumentalist approach to determine how “majority” Amhara unite, organise, and mobilise “minority” populations in order to achieve larger political goals, as well as crystallise the existing primordial identities in the process. Any attempt of ethnic cohesion within the two rival groups, in turn, has aggravated the insecurities and frustration among them, motivating them towards mass violence. The ongoing Tigray war is the result of this antagonism that has resulted in a deep humanitarian crisis being faced by this region.

Considering how various components highlighted in the above theories interact to cause ethnic conflict, it will be important for the international community to take up urgent interventions. According to a joint inquiry by the UN and Ethiopia’s state-appointed human rights commission, all sides fighting in the war have committed abuses that may amount to war crimes.

In his remarks on 3 November 2021, Abiy Ahmed claimed that the enemies of his administration would be buried “with our blood,” implying that he expects to continue fighting the TPLF and will not compromise or settle in the long run without enforcing his political and strategic position. Hence, integrating the two theories is the best way of understanding the multidimensional nature of the ethnic conflict of Ethiopia and making an effective holistic prediction for the future course these ethnically inspired clashes may take. 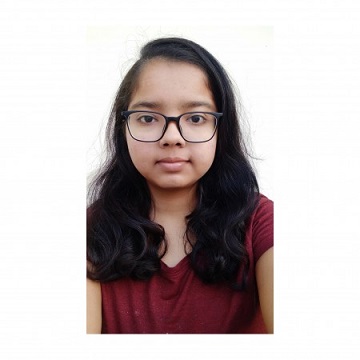 Shilpi Ghosh has done her Masters in Politics with a specialization in International Relations from JNU, New Delhi.