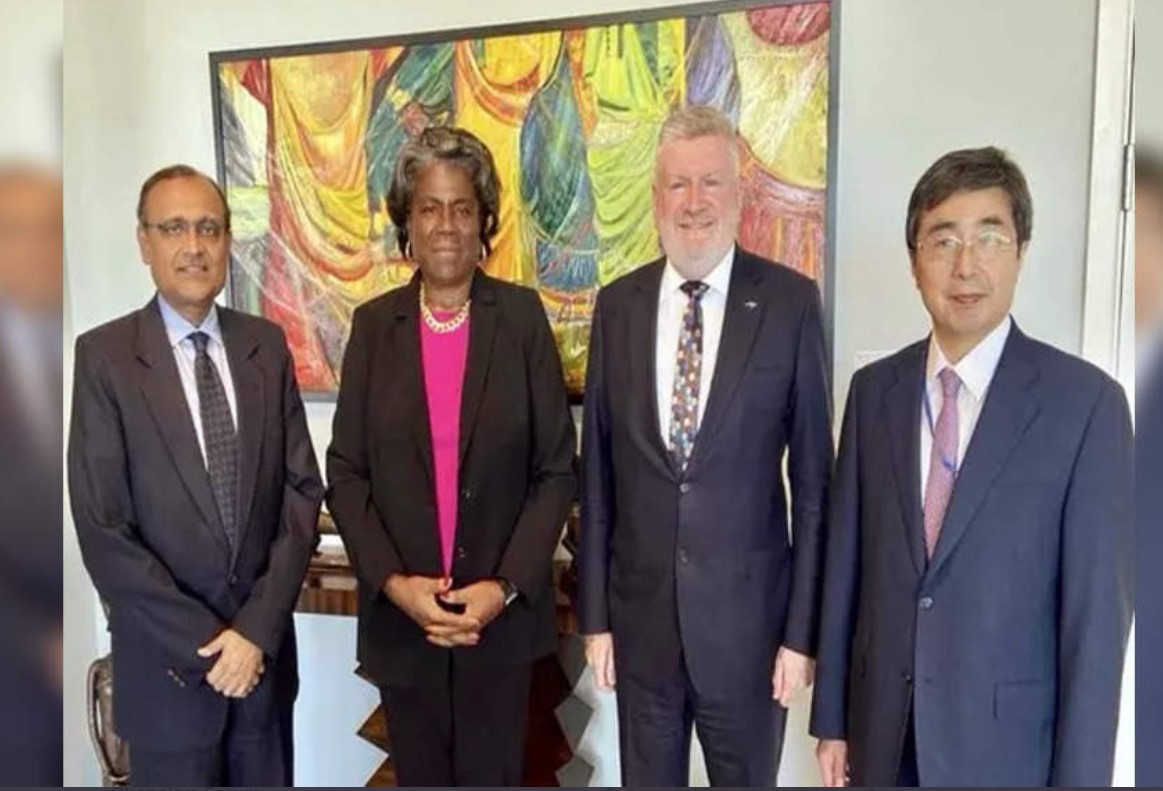 New York, Jun 15 (PTI) Less than a month after leaders of the Quad grouping met in Tokyo, envoys of Australia, India, Japan and the US at the United Nations met here and discussed ways to strengthen the rules-based international order and reinforce efforts at the UN to tackle global challenges.

Australian Prime Minister Anthony Albanese, Prime Minister Narendra Modi, Japanese Prime Minister Fumio Kishida and US President Joe Biden had met in Tokyo for the Quad Summit “to renew our steadfast commitment to a free and open Indo-Pacific that is inclusive and resilient.” The leaders of the Quad nations — Australia, India, Japan, and the United States — had met May 24, 2022 in Tokyo for the fourth time and the second time in person.

The summit took place under the shadow of the Russia-Ukraine conflict. The summit also took place at a time when the relations between China and the Quad member countries have become tense, with Beijing increasingly challenging democratic values and resorting to coercive trade practices. India, the US and several other world powers have been talking about the need to ensure a free, open and thriving Indo-Pacific in the backdrop of China’s rising military manoeuvring in the region.

In November 2017, India, Japan, the US and Australia gave shape to the long-pending proposal of setting up the Quad to develop a new strategy to keep the critical sea routes in the Indo-Pacific free of any influence, amidst China’s growing military presence in the strategic region.