Ukraine Conflict : No Rules for POWs 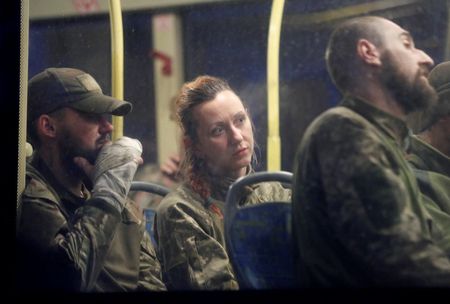 Bradford (UK), Jun 12 (The Conversation). As in any war between two sovereign countries, the Ukraine conflict has resulted in thousands of soldiers on both sides being taken captive. Both sides appear to be using prisoners of war (POWs) in ways that break international law.

In May, Russia claimed to have captured almost 2,500 Ukrainian soldiers from the Azovstal steel plant in Mariupol who were defending the area for as long as they could. Denis Pushilin, a rebel leader in the self-proclaimed Donetsk People’s Republic, was quoted by Tass, Russia’s state news service, saying that Ukrainian soldiers who surrendered after fighting to defend Azovstal would face an international tribunal.

Before the surrender of Ukrainian forces in Mariupol, a Russian defence spokesperson, Maj Gen Igor Konashenkov, said in an interview with The Guardian: “It was these Azov battalion Nazis who had been exterminating civilian population in Donetsk and Luhansk republics, deliberately and with exceptional cruelty, for eight years.” The chair of the state parliament, Vyacheslav Volodin, referred to the captured Mariupol fighters as “Nazis” and “war criminals” who should stand trial. The ministry of justice also petitioned the supreme court to declare the Azov regiment a “terrorist organisation”. This raises the possibility that large numbers of Ukrainian soldiers would be tried and executed.

Ukrainian responses – Ukrainian authorities have suggested that they will not tolerate abuse of Russian POWs and that they will treat prisoners humanely. According to some reports, Russian POWs have been permitted to call their families, to talk about their experiences and their actions. Ukrainian authorities have also installed a hotline for Russian families to enquire about their missing sons.

This might suggest that Ukrainians are playing by the rules when it comes to POW treatment. But there have also been violations. In particular, Ukrainian authorities have held press conferences where Russian prisoners of war were told to discuss their actions during the military invasion. Ukrainian authorities have also posted videos on social media and messaging apps showing captured Russian soldiers being humiliated and compelled to state their names and other information including their home addresses, and the names of their parents.

These actions are a violation of the rights of POWs under Article 13 of the Third Geneva Convention. Displaying the shame of Russian soldiers serves to highlight the atrocities of Russian forces in Ukraine, both to international audiences and to Russians back home, and shows young Russian soldiers both as victims and perpetrators.

On the Russian side, pro-Kremlin outlets have been posting humiliating videos of POWs, showing them being forced to strip and show their tattoos. There have also been reports of Ukrainian POWs being killed by rebel commanders of the “Donetsk People’s Republic”.

Unusually, Ukrainian authorities have decided to prosecute captured Russian soldiers for war crimes even as the conflict is ongoing. The first such case involved tank commander Vadim Shysimarin, 21, who admitted shooting dead a 62-year-old civilian who was on a bicycle. While such a prosecution is permitted, it is highly unusual to conduct such trials while a conflict is in progress.

History of POW treatment – Armed conflict is regulated by a series of treaties and conventions, most notably the Hague conventions and the Geneva conventions. Their purpose is to mitigate atrocities in war, in particular by codifying the rights of civilians and prisoners of war. During WWI and WWII there were millions of POWs. The treatment of these prisoners varied a great deal but many were killed outright, others were ill-treated, starved or exploited for labour.

In more recent conflicts, such as in Iraq and Syria, the Geneva conventions have been routinely ignored as civilians were targeted by indiscriminate bombings and POW regulations ignored. Although western forces were required to target combatants only and treat prisoners humanely, violations did occur and the high profile Abu Ghraib legal case against US soldiers for abusing Iraqi prisoners, ended in convictions for 11 soldiers.

As soon as they surrender, soldiers should be subject to protections under the Geneva Conventions as “prisoners of war”. These apply during the entire period of time that they are held. At the end of hostilities, POWs must be repatriated without delay unless they are held for trial or are serving criminal sentences.

Russia and Ukraine have both signed up to international humanitarian law as codified in the four Geneva Conventions (1949) and the 1977 additional protocol concerning the protection of victims of armed conflicts. Prisoners of war may not be subjected to torture and must be protected against acts of violence, insults and public curiosity.

The detention of POWs should not be a punishment, but is permitted as a means to prevent their further participation in hostilities. Once armed conflict is ended they have to be released. However, it is permissible for POWs to be prosecuted for war crimes – in other words, actions that clearly violate the international humanitarian law relating to armed conflict.

It is clear that the treatment of POWs has become another weapon in the propaganda war being fought on both sides. This is yet another feature of a conflict that continues to break international rules, and conventions. (The Conversation) NSA