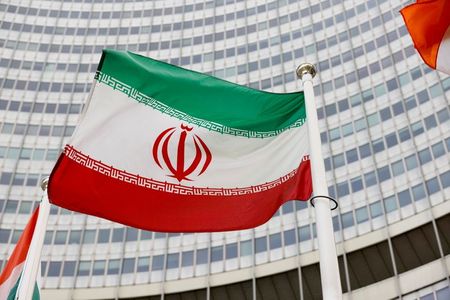 Sheikh Tahnoon bin Zayed Al Nahyan’s visit took place days after Tehran and world powers broke off talks in Vienna as Western officials voiced dismay about Iran’s sweeping demands for salvaging the 2015 nuclear pact, which the United States abandoned three years ago, reimposing harsh sanctions on Tehran. “Improving ties with the regional countries is my government’s priority, therefore we welcome improving ties with the UAE,” Raisi told Sheikh Tahnoon, according to Iranian state television. “The security of the regional countries is intertwined, and Iran supports the security of the Persian Gulf states.”

With business ties to Iran stretching back over a century, the emirate of Dubai, 150 km (100 miles) across the Gulf, has long been one of Iran’s main links to the outside world. But they have been on different sides of geo-political rivalries in the Middle East including Yemen’s war. The UAE is part of the Saudi-led coalition backing Yemen’s internationally recognised government against Iran-aligned Houthi fighters. Sheikh Tahnoon, a brother of the UAE’s de facto ruler, Abu Dhabi Crown Prince Mohammed bin Zayed, expressed hope that the visit would be a “turning point” in Iranian-UAE relations, Iran’s state news agency IRNA reported. IRNA said Raisi received an official invitation to visit the UAE.

“Stability and security can only be established through continuous dialogue and cooperation between the regional countries,” Shamkhani said, according to state TV.

“Improving economic, trade and investment ties are the main priorities of Iran’s foreign policy.” Shamkhani added that joint efforts were needed to “end some of the military and security crises in the region…Dialogue should replace military approaches to resolve disputes”. Iran’s Gulf Arab neighbours want an end to Tehran’s push for dominance in the region, where it competes with main rival Saudi Arabia for influence from Syria and Iraq to Yemen and Bahrain.

Taking a hawkish stance on Iran, the UAE swiftly backed the decision in 2018 of then-U.S. President Donald Trump to ditch world powers’ nuclear deal with Iran. But in 2019, the UAE began engaging with Tehran’s clerical rulers following attacks on tankers off Gulf waters and on Saudi energy infrastructure. The region’s main Sunni Muslim power Saudi Arabia began direct talks with Shi’ite Muslim Iran in April, with Riyadh describing the talks as “cordial” but largely exploratory.

“Developing warm and brotherly relations between Abu Dhabi and Tehran is one of the UAE’s priorities,” Sheikh Tahnoon said during his meeting with Shamkhani, according to Iranian media. Analysts said Tehran could ill-afford to lose Dubai as a trade route, particularly since U.S. sanctions have drastically reduced its oil exports and made doing international business increasingly complicated.

Anwar Gargash, diplomatic adviser to the UAE president, said in a tweet on Monday that Sheikh Tahnoon’s visit to Tehran “comes as a continuation of the UAE’s efforts to strengthen bridges of communication and cooperation in the region which would serve the national interest”.