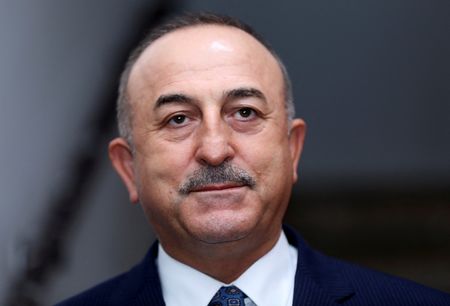 Ankara and Abu Dhabi signed several accords and deals during talks in Ankara last month, as the two countries work to repair relations after years of rivalry, in a move President Tayyip Erdogan said would herald a “new era.”

Dealings between Turkey and the UAE have been strained over the role of Islamist groups in the tumult following 2011 Arab Spring uprisings, and the countries were on opposite sides in Libya’s conflict.

As part of a charm offensive launched last year, Turkey has also moved to repair ties with Egypt and Saudi Arabia but those talks have yielded little public improvement. Abu Dhabi has also accelerated a push to ease regional conflicts and refocus on the economy.

Turkey’s foreign ministry said Cavusoglu would visit the UAE Dec. 13-15 and also meet Turkish businesspeople in Dubai as part of the trip.

“As part of the talks that will be held with UAE officials at the visit, various dimensions of our ties with this country will be discussed, and views will be exchanged on regional and international issues,” the ministry said in a statement.

Turkish opposition parties have criticised the normalisation with the UAE, saying the government was opting for the move now only due to a crash in the lira currency. Cavusoglu dismissed the accusations on Monday when addressing lawmakers in parliament.

“Did we have issues with the UAE? No, they wanted to break ties with us and now they wanted to repair them, so we are now mending ties,” he said. “We will develop our ties with everyone based on mutual benefit. Everyone wants to invest in Turkey, so it’s also not right to accuse them when they come to invest.”

Erdogan has said he plans to visit Abu Dhabi in February.