The UNMANNED WINGMAN: A Loyal Ally in the Skies 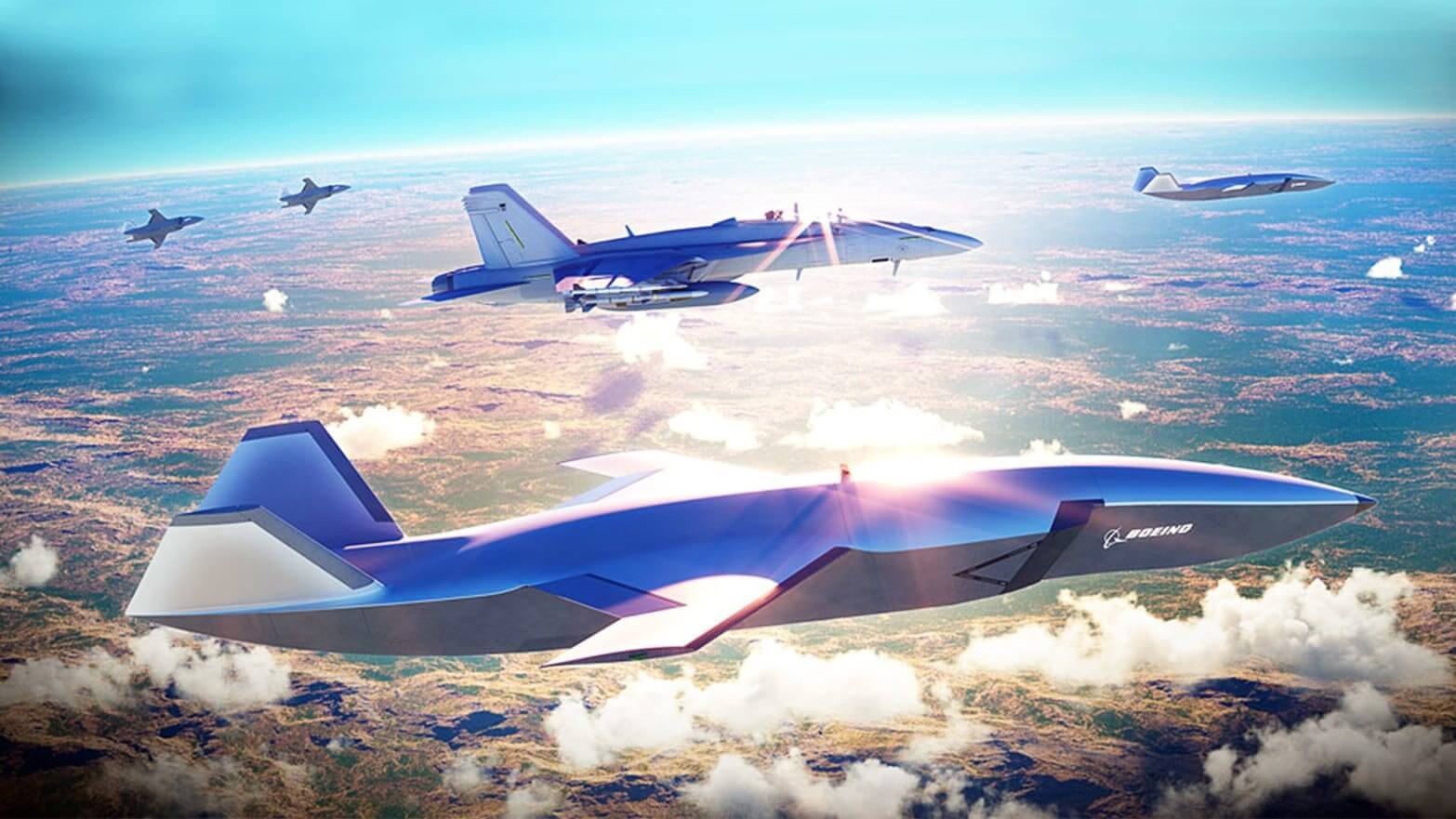 Hypothetical Scenario- August 2025:   A UAV takes off from Jammu Sector for a surveillance mission along the Working Boundary (WB), in response to Intelligence, Surveillance & Reconnaissance (ISR) reports of an incursion by a small armoured column somewhere South West of Akhnoor. A Tejas Light Combat Aircraft (LCA) takes off from the Forward Base Support Unit in Pathankot and takes over control of the UAV’s sensor payload 75 km South East of Akhnoor, using Level-3 Interoperability. The UAV, as the Unmanned Wingman (UW) to the LCA, detects the rapidly advancing column 20 km West of Akhnoor and begins live streaming of surveillance and location data. The LCA uses the location data of the UAV and accurately engages the leading tanks of the adversary’s combat team as they cross the WB, thus breaking up the incursion.

The above scenario could aptly describe the concept of Manned-Unmanned Teaming (MUMT), between the UAV and the Tejas LCA. The definition of the Unmanned Wingman (UW),  in Air Force parlance, would refer to an unmanned flying platform capable of supporting manned aircraft in a contested flying environment. This novel paradigm would be a subset of the overarching concept of MUMT- a term that covers the notion of such supported operations over all three Services. This article will restrict its scope to the MUMT concept as applicable in the Air Force of today- the UW!

Is The UW An Operational Necessity?

Unmanned Aerial Systems (UAS) have been and continue to be used for both combat support operations and precision targeting. Their employment naturally reduces the risk of human casualties in conflict. However, in intensely contested environments, the command & control (C2) arrangements for the UAS tend to become tenuous due to the requirement of continuous ‘split- second’ decision making in fast changing conflict scenarios and physical/ electronic attempts by the adversary at degrading the C2 link itself. These challenges erode the efficacy of the UAS and reduce dependability on the system in executing critical operational missions on which hinge tactical or operational success. While the answer that comes to mind would be to have completely autonomous UAS with Artificial Intelligence (AI) capabilities to process a vast array of combat information for tailor-made responses, such cutting edge technology appears to still be some time away. Apropos, the MUMT concept encompasses pairing or association of human operated and unmanned platforms at the tactical or operational level  for achievement of specific tasks.

MUMT for Aerial Platforms: The UW

With specific regard to aerial platforms, the Joint Air Power Competence Center, a NATO think-tank for improvement/ transformation of Joint Air and Space Power,  opine that the technology and capabilities offered by the UW concept are likely to revolutionise not only the way in which future aircraft might be developed, but perhaps even how future air warfare might be conducted.

As visualised by the Allied Command Transformation (ACT), NATO’s military command, the UW can be used as a sensor to feed strike information to manned aircraft. It can also be considered as a Weapons Delivery (WD) platform, capable of launching ordnance on the adversary. Coupled with a manned aircraft, the UW can be used as a decoy, either attracting the weaponry of the adversary or sufficiently distracting the enemy to allow the manned platform to proceed undetected, thus enhancing the latter’s survivability. Electronic attack (EA) on the adversary’s ISR or C2 machinery by the UW with Directed Energy Weapons is also a possibility.  A UW with a Search & Rescue (SAR) payload could be guided by a manned aircraft and used to drop supplies for a rescue mission.  From the aforementioned, it emerges that the possibilities of operational employment of a UW are vast and assume an even greater proportion when viewed in a tri-Services context.

Levels of Interoperability (LOI).  The LOI refer to the degree of intimacy between the manned platform (aircraft in this case) and the UW. While different LOI can be configured depending on employment philosophy of both platforms, available data links and technological capability of the MUMT System, NATO has laid down five LOI, which, prima facie, appear to have universal applicability over all three domains (the LOI described below have been articulated for an aerial system). These are as under:-

These LOI would depend significantly on the visualised and assigned roles which the UW could take on when paired or teamed with a manned aircraft.

While the scenarios for employment of MUMT may be varied, it must be remembered that the concept itself is heavily technology centric. Mission success would depend on the technology of the manned aircraft and the UAS themselves, which should seamlessly lend to different LOI. Else, the operation would entail teaming different classes of UAS ( to include Unmanned Combat Aerial Vehicles – UCAVs) with different aircraft platforms, thereby adding to complexity in planning, logistics and execution. Add to this the imperative requirement of matching the MUMT entities with similar signature and compatible flight profiles. Toggling effortlessly between varying LOI would require robust and secure broadband two way terrestrial and satellite communications/ data-links between both entities. ‘Cognitive Communications’, wherein wireless communication entities are able to adapt to the prevailing EW environment and AI to continuously upgrade recognition/ processing capabilities and filter clutter in the ISR picture/ targeting data in order to minimise collateral fallout,  would be essential to ensure mission success for the MUMT.

While full scale operational exploitation of MUMT or the concept of the UW may seem the figment of future wars, the concept itself has been and is being employed on some platforms.

Indian Inroads Into the UW Arena

India plans to enter the MUMT fray with the Combat Air Teaming System (CATS) being developed by Hindustan Aeronautics Limited (HAL) in collaboration with a Bengaluru based start-up, Newspace Research & Technologies. The typical system configuration would be that of a manned aircraft acting as a ‘mothership’ and UAVs/ UCAVs acting as UW, either individually or in swarms. These would be stealth- enabled (apropos the low radar cross-section, internal payload bays and composite material structure) and configured to undertake missions in heavily contested aerial environments. The UWs are the CATS Warrior (CW), CATS Hunter (CH), CATS-Air Launched Flexible Asset (ALFA) and CATS Infinity (CI). In development from mid-2018, the prototypes of these UW in the integrated form were showcased this year at Aero-India 21. The manned component is likely to be an upgraded Tejas LCA (LCA Max), previously covered in detail in another article @ChanakyaForum https://chanakyaforum.com/lca-tejas-ready-to-touch-the-skies-with-glory/ .  The UW would initially be paired with an upgraded Jaguar strike aircraft (Jaguar Max) wherein the pilot would be able to assign specific tasks to the former. As a measure of operational flexibility, the UAVs would also be inter-operable with other manned platforms.

CW is an autonomous UCAV powered by twin turbojet engines which will operate as UW alongside the LCA Tejas to provide situational awareness and enhanced survivability in decoy mode in hostile combat environments. The CW would be equipped with suitable ISR/ EW payloads and will internally mount air-to-air missiles or air-to-ground weapons. The CW itself would be capable of launching upto 24 ALFA-S swarm drones. The CW can carry out operations from land or maritime platforms and is consequently intended for the Indian Air Force (IAF) and the Indian Navy (IN).

CH will be a stand- off air-launched cruise missile (ALCM) that will be integrated onto the manned platform and would be able to optionally carry a 300 km range single warhead or cluster munitions. It will use satellite navigation and Terrain Contour Matching (TERCOM) for guidance and will be capable of autonomous target acquisition. On delivery of payload, CH will be able to return and will lend itself to parachute recovery.

ALFA will be a carrier UW which will contain the AI enabled ALFA Swarm (ALFA-S)  loitering munition with a 100 km range, post launch from the ‘mother ship’. Once launched from the carrier, the ALFA-S, with a 5 to 8 kg warhead, can fly under its own propulsion and perform autonomous ground-target acquisition before lock-on. Both the SU 30 MKI and the Jaguar aircraft will be capable of carrying the ALFA-S. The first flight is expected by next year with induction by the end of the decade. 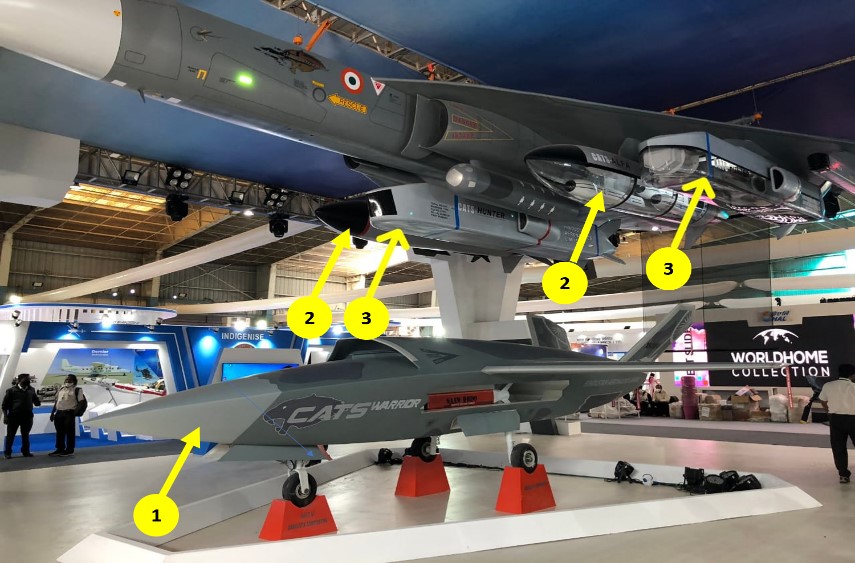 CI is a solar-powered high altitude drone with upto 3 months of endurance and a cruising altitude of 70,000 feet. It will be capable of providing enhanced real-time ISR inputs for deep-strike aerial missions and will be a veritable ‘eye-in-the-sky’. CI is also intended as a control and communications platform for the MUNTRA UGV, covered in detail in an earlier article @ ChanakyaForum  https://chanakyaforum.com/unmanned-ground-vehicles-augmenting-our-frontline-warriors/ . The first prototype is likely to be completed by 2025.

The incorporation of various Defence entities and PSUs, including HAL, DRDO, National Aerospace Laboratories (NAL) and private industry to develop CATS is a testimony to India’s growing and collaborative indigenous Defence Industry.

While advancements in technology like the UW are intended to reduce battle fatigue on the human component, there is a fine line between simplified operations and information/ data overload. For any technology to succeed, the former condition must be unmitigatedly kept sight of. The CATS MUMT UW Program would be just such a feather in the cap of the Indian Defence Industry that will pave the way for world leading technologies in the future.

Mar 07, 2022
[…] to a manned aircraft under the Manned-Unmanned Teaming (MUMT) Concept (read more about MUMT@ https://chanakyaforum.com/the-unmanned-wingman/). However, unmanned flight of hitherto fore manned systems remains a niche concept that is still […]