The Spirit of India@75 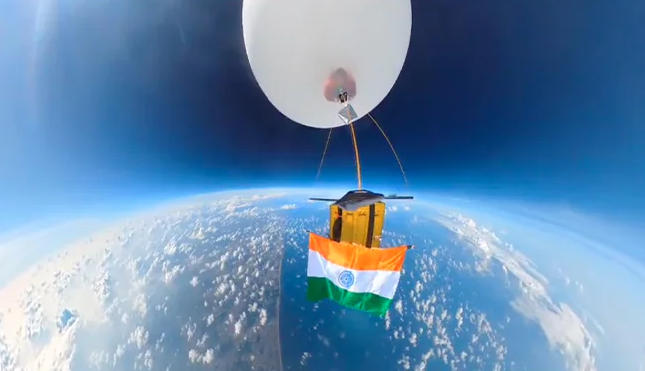 India is celebrating its 75th year of Independence. We are proud of the fact that we are the largest democracy in the world. How did we come here? History books tell us that we gave the world the things without which the whole world could not have worked, like the digit zero. Our ancient civilization was ahead of its time in establishing a society like the one we discovered at the Harappan Civilization. Today’s plastic surgery was present around a thousand years ago in the form of Sushruta Samhita[1].

When we say India@75, We must not also forget the fact that India is carrying an impressive accolade of things to be grateful for, and to also aspire for things that will make us whole. India was standing at the crossover of two world frontiers on the eve of its independence; while USA represented the western hemisphere, and Russia (Erstwhile Soviet Union) represented the eastern (or oriental) hemisphere. India back then was not strong economically or structurally due to severe setbacks in growth owing to colonial plundering[2]. But India did not forget the principles of standing up for the right things. We refused to align with either hemisphere and became the voice of the ‘others’, which we will find in the geopolitical texts as the ‘Global South’[3].

Our valour in the Indo-China war of 1962 gave us lessons that we learned[4], and our soldiers courageously defeated the adversaries in 1971, liberating Bangladesh from the shackles of their oppression. It is not a coincidence that our long-time friendly neighbour Bangladesh is celebrating ‘Bangladesh@50’[5]. When India was almost depleted of its foreign reserves, we had to take a risky but inevitable step of formulating Liberalization, Privatization, and Globalization and take some of the crucial reforms due to the international requirements. Not only does this add to our aspirations to live for, but also moments to be joyous about.

India got conscious about growth which should be supplemented with sustainability in early phases of take-off.  We became aware of the fact that ‘Garibi Hataao’ did not mean copying the western model of growth and ignoring our mother nature. We enacted Wildlife (Protection) Act 1972, subsequently followed by Water Act 1974 and Air Act 1981, to be followed by Biological Diversity Act, 2022[6] (initially enacted in 2002).

Today, India is one of the few countries to take into stock the conservation of Tiger species, by already doubling the tiger population and adhering to the St. Petersburg declaration of 2010[7]. While some of the countries possessed nuclear powers, they were inconsiderate enough to bring Nuclear Non-Proliferation Treaty in full spirit. India could have joined this bloc to become a member of an ivory club, but India’s principled position advocated for Non-discrimination in international relations. We advocate for harnessing nuclear energy as a conduit for saving environment.

Despite being aware of the likely repercussions of our nuclear tests in 1974 and 1998, we were confident that our nuclear purposes are for the development of energy and not about weaponing the Indian peninsula. Through Civil Liability for Nuclear Damage Act, 2010, we are consistent at maintaining our stand on using nuclear power for civilian use[8]. The USA realized this, and we signed the nuclear deal with one of the most powerful countries.

When we say India@75, we must not forget the legacy we have been presented to be proud of. Very few countries have been fortunate enough to sign all the military agreements with the USA, in order to secure the seas and the Indo-Pacific from adversaries[9]. Very few countries surpassed some of the developed countries in terms of PPP, and India is one of them[10].

India also realizes its mistakes, and gradually works on them. Kuno National Park is about to host African Cheetahs, and the National Capital Territory of Delhi is to go an all-electric fleet by 2030. Our soft culture is an inspiration around the world.  Gone are those days when our entertainment culture meant only ‘Bollywood’. Movies like ‘Charlie 777’, ‘RRR’, and ‘Baahubali’ are bringing the world to its feet. These movies represent India’s civilizational features of family, bonding, brotherhood, and generosity.

Today, when we say sports, Cricket is not the only thing that comes to our mind. Our athletes are competing with world competitors not for participation certificates, but for representing India on the victory stand. Gold Medal in the Olympics and 22 gold medals in the Commonwealth games are a testimony to that. These gold medals were not rewarded for cricket or even hockey.

India is also taking rapid strides in furthering the goal of ‘Vasudaiv Kutumbakham’. India is the founder of ‘One World One Sun One Grid’, and unlike others; we have invited all members of the UN to be a part of this sustainable initiative to save the world from climate change.

In terms of geopolitics, QUAD (India, USA, Australia, and Japan) does not mean only an alliance to counter China. India’s stand on the Quad is to make the Indian Ocean a democratic place for peaceful transit. India has not acknowledged the militarization of Quad. Since 1947, we have been consistent on our Kashmir land. Any issue related to Kashmir has to be resolved bilaterally, but for that to take place; there should be an issue in the first place.

Our economists have been consulted the world over for creating growth models. The IMF Chief economic advisor, World Bank Chief Economic Advisor, and Chicago School of Business are some examples. Office of CXOs in Google and Microsoft are run by Indians. Today, Our Flagship geopolitical conference ‘Raisina Dialogue’ is branded as ‘Made in India, made for the world’. We saw a representation of over 99 countries in its 6th edition[11]. These facts are but moments to live for, to create more aspirations. In the recent Russia-Ukraine Conflict, our principled position remains ‘Dialogue and Diplomacy’ as the way ahead for stopping the geopolitical turmoil.

When we go back two decades ago, any idea related to a ‘startup’ was looked down. Entrepreneurship meant the loss of livelihood. Today, India’s ‘startup India’ policy, Atal tinkering labs, Atal incubation centers, iDex expo, and aero expo are some of the platforms where we see the shining lights of our startups. They are building India brick by brick in areas where we did not imagine much growth. A startup was engaged in displaying all the 1000 drones on Republic Day 2022[12]. Team India jersey of cricket shows an ed-tech brand that has been recently formed. Not only does this show that the ‘New India’ is diverse, but it also has a large room for opportunities to grow.

Our Hon’ble PM discusses socio-economic issues every month through ‘Mann ki Baat’. We did not think that the PM will be discussing with students the fear of board exams and the efforts through which we can tackle them[13]. These issues were school and classroom talks, but New India makes it a national priority. We see a lot of people putting the Tricolor as the display picture; this depicts the pride in the very feeling of being a part of that tricolour.

We have our differences, but under that tricolour, we are one. On 26th July 1999 during Operation Vijay, we were one. On 26/11, we joined as one to eliminate the terror. When we say ‘Azadi ka Amrit Mahotsav’, we not only mean Indians hoisting the tricolour, but we also mean we have travelled this far, and a lot has to be covered. When the whole world was trying to cure Afghanistan of terror during the first Taliban Regime, India was curing its people by providing healthcare. India intended to build a society where not only peace exists, but also thrives. India helped Afghanistan build the Afghan Parliament; India also helped in building the ‘India-Afghanistan Friendship Dam’, also known as Salma Dam. We were more interested in providing livelihood security to Afghanistan than merely focusing on anti-terror operations.

Our civilization has been built on debates, dialogues, and discussions; and we have carried forward the idea of being well-read. At the International Forums, we stand up for issues that may hamper growth to underrepresented countries. We also advocate for mental well-being in forums like the UN. June 21 is now known as the ‘International Day of Yoga’ worldwide[14]. Yoga, which is an ancient practice to connect our mind with the body, is now an international practice in both exercise and academics[15]. This is our legacy to celebrate Azadi ka Amrit Mahotsav.

We may not be fully developed right now, but our path is principled and targeted. We will stand up if we fall, and when we stand, we will be stronger than before. Let us celebrate India@75 taking into mind the spirit of unity in diversity and fraternity in adversity.

[3] Ministry of External Affairs (2012). “History and Evolution of Non-Aligned Movement”. Available on https://mea.gov.in/in-focus-article.htm?20349/History+and+Evolution+of+NonAligned+Movement

[5] Mamoon, M. (2021). “Bangladesh@50: The Nation’s success story relies on its focus on twin pillars of secularism and economic stability”. Available on https://indianexpress.com/article/express-sunday-eye/bangladesh50-the-nations-success-story-focus-on-twin-pillars-secularism-economic-stability-7668223/

[9] Sharma, B. (2022). “Reciprocal exchange of Logistics Agreement: Roadmap to India’s strategic access in the Arctic”. Available on https://www.idsa.in/idsacomments/reciprocal-exchange-of-logistics-agreement-india-russia-bipandeep-170122

[11]Ministry of External Affairs (2022). “Vote of Thanks by External Affairs Minister Dr. S. Jaishankar at the inaugural session of 6th Raisina Dialogue”. Available on https://www.mea.gov.in/Speeches-Statements.htm?dtl/35229/

[14] MyGov (2021). ‘In this Century, we realise that Yoga has united the world’. Available on https://www.mygov.in/campaigns/international-yoga-day/

[15] Times of India (2020. ‘World’s First yoga university outside India launched in US’. Available on https://timesofindia.indiatimes.com/home/education/study-abroad/worlds-first-yoga-university-outside-india-vivekananda-yoga-university-launched-in-us/articleshow/76542032.cms

Reference for image – tweeted by @SpaceKidzIndia

Sankalp Singh is a former research intern in Niti Aayog, New Delhi. He has previously worked with Ananta Aspen Centre as a Program Executive. Currently, he is associated with Global Counter Terrorism Council, New Delhi as a Research Coordinator.

Aug 19, 2022
I am glad to know we are doing real well, and have come a long way. I am glad to know great things are about to happen. Roads, cars, bridges, rail, airplanes, indigenously produced armaments. All good things. Now, what is the plan to deal with Pakistan? So far, we offer them no deterrence. They are fully engaged in funding violent terrorists in Kashmir and other places, engaged in controlling our underworld, regularly firing across the border, and militarizing Kashmir. In this regard, I worry about two challenges. One is the fifth column in India that advocates a surrender to Pakistan, that begins with demands we talk to them (when we should ignore them completely). The second is our extremely weak logistical infrastructure and terrible communication. We send Abhinandan across the border in a Mig 21 (when we have better aircraft), and are unprepared for the jamming of our communication by the Pakistani military. I am happy to celebrate, but I want us to confront our glaring problems.