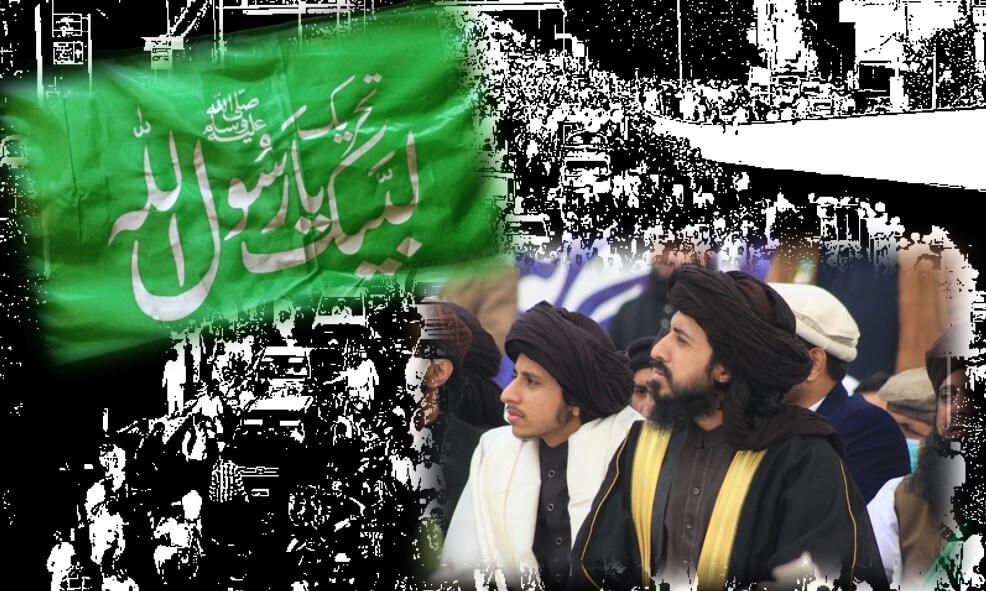 Pakistan always presents such profound options to the weekly columnist. Yet, the last two weeks have actually been beyond all expectations. From turning down trade with India to witnessing yet another imploding situation with the Tehreek-e-Labbaik Pakistan or TLP, earlier called Tehreek e Labbaik Ya Rasool Allah, taking to the streets and forcing discussion in the National Assembly on expulsion of the French Ambassador, the Pakistan road show always has enough on hand. However, writing a piece explaining the situation but without a backgrounder would not present a context of what really is happening in that strange country.

It starts with blasphemy, or rather the targeting of those involved in it. A law against blasphemy (defaming any religious founder or leader) existed from British times. Zia ul Haq in his bid to islamicize everything made the law stronger to target the Ahmadis their denial of finality of the Prophet. Article 295C of the Constitution mandates the death penalty for any “imputation, insinuation or innuendo” against Prophet Muhammad. Zia’s strategy of Islamicization of Pakistan was threefold;

-First, make Pakistan more Islamic than all others and thus establish its claim to be the flag bearer of the Islamic world;

-Second, create strong bonds with the obscurantist Sunni elements of the Middle East and the South Asian region; and

It worked well for Pakistan and its agencies, in the war in Afghanistan and the proxy war in J&K thereafter. But then came 2007 and the Lal Masjid incident which triggered the State’s response against the extremist Islamic elements who had proliferated and gained a stranglehold over society overwhelming the liberal elements. Blasphemy was an issue over which anything could be instigated and triggered, and the judiciary itself became hesitant of trying blasphemy cases. As Pakistan hurtled towards an internal security challenge created largely by Islamist elements wishing to impose Sharia rule and ‘talibanize’ Pakistan even the Army first turned a blind eye refusing to see the light of what could emerge out of favour for Pakistan internationally and internally, as against what it hoped to achieve both in Afghanistan and J&K.

On 4th January 2011 Salman Taseer, Pakistan Punjab’s Governor, was assassinated by Mumtaz Qadri his own bodyguard, for opposing the blasphemy laws and asking for withdrawal of charges against a Christian woman, Asia Bibi. Mumtaz Qadri acquired iconic status among Islamists whose strength was cascading high and his place of burial, after being hanged to death in 2016, became a virtual mausoleum. That is when the TLP commenced its business, under a Barelvi cleric called   Khadim Hussain Rizvi, it generated a mass movement towards greater obscurantism. He effectively blockaded the capital Islamabad and forced the retraction of the Elections Reforms Amendment Bill 2017 that amended the Elections Act 2017. His aim was to restore a ‘Khatm-i-Naboowat’ (oath of finality of the Prophet), that lawmakers were required to take, back to its original state. Whether TLP was a movement sponsored by the Pakistan Army to weaken Nawaz Sharif has often been conjectured but knowing the Army’s propensity to first work with groups and then have them turn against it, is well established. Through the last 25 years or more the Pakistan Army has created a complex set of linkages with different groups leading to the broad brush term – ‘friendly and unfriendly terrorists’.

The TLP, having tasted blood and success, further legitimized itself by participating in elections and winning two seats in Sindh besides emerging third in vote tally in Punjab. It now grabbed the opportunity provided by the controversy of the beheading of the French teacher Samuel Paty by Islamists for showing the Charlie Hebdo cartoons to his class. French President Emmanuel Macron’s government ordered a crackdown on Muslim organizations it accuses of fomenting terrorist violence. It defended the caricatures of the Prophet as symbolizing French values of secularism and free expression. The Islamic world was upset but only Turkey and Pakistan had any outpouring. The former, despite being a NATO ally, withdrew its ambassador from Paris with similar action by Paris. In Pakistan it’s the TLP which took up the cause demanding the expulsion of the French ambassador. While the protests to pressurize the Imran Khan government were underway in Nov 2020 the TLP chief Khadim Rizvi expired. His son Saad Rizvi succeeded him. The agitation around Islamabad, the new pressure point on the government, was called off following a time bound agreement with the government. Obviously an attempt to buy time the government has been hedging on the issue conscious of Pakistan’s international reputation and the state of its economy, particularly at a time when events in the world are in reset mode and the post Trump era is seen to be unfolding. The TLP too is aware of the opportunity, to make a national mark and garner some more of the radical space, in the competition with rival groups. The current revolves around the TLP’s violence to achieve its aim which is to get the French Ambassador to leave and trade relations with France terminated, have the ban on itself lifted and get its leader Saad Rizvi released. The irony is that a proscribed outfit is now dictating to the National Assembly which is carrying out a drama with committees and endless discussions to keep a final decision pending, knowing that it’s a devil and the deep sea decision.

From an analysis perspective it is evident that Pakistan and its leaders, military and civilian, have yet to learn the lessons from the internal security debacle that afflicted Pakistan due to the encouragement afforded to Islamist elements commencing the early Eighties. Much of this comes from the strong belief that it is the Islamic angle alone which can assist the state in winning influence and the eventual battle for Afghanistan and J&K. Sandwiched between the two territories Pakistan has virtually made proxy war a business. The deadly combine of poverty, feudal practices, pelf  and extremist ideology which Pakistan’s deep state wishes to use to advantage has often spun  situations which have brought great international concern and internal condemnation from civil society, the latter albeit a very soft one. Money, drugs and power that comes with them have tempted even traditionally more balanced and moderate elements such as the Barelvis. This is the question on the lips of most who observe Islamic ideological politics. How have the Barelvis changed? Considered Sufi in tradition the Barelvi ideology would never have suited the strategic game plan of the deep state of Pakistan and its grandiose plans stated at the outset of this essay. It changed in J&K, over 25 years so why would it not change in Pakistan. Thus today, there is hardly a distinction between Barelvis and the other numerous obscurantist sects all of whom consider their anti-Shiaism, support against blasphemy and other such practices as a license to power. It is unlikely that any politician in the National Assembly or otherwise will wish to oppose any resolution related to what is termed blasphemous by TLP or any other organization.

For the Pakistan Army this is a particularly difficult decision. On the cusp of what it could consider a victory for itself in Afghanistan, it does not probably wish to change tack and get after the extremists. Although it successfully fought Operation Zarb–e-Azb, launching one third of the Pakistan Army into the operations, a repeat of the same and that too in heartland Punjab, is not something, it can risk at this juncture when a new strategic environment is in the making.

Can the TLP become another anti-India outfit to trigger something new in J&K? Cooperation among extremist groups is not the usual phenomenon. A United Jihad Council exists but cooperation and coordination is few and far between. ISIS hasn’t been able to make an effective entry into Pakistan let alone J&K. Intense rivalry for space obviates cooperation. The TLP has an immature leadership which seeks opportunity for some self-glory.  Its ability to do anything physically in J&K is almost nil, but in a networked world – its ability to force its agenda on the state of Pakistan and the Pakistan Army could well be inspiration for the low lying elements in J&K who may not have changed colour at all. The possibility of this happening, however, remains quite remote although India’s security agencies would without doubt have kept this aspect in mind.

The situation in Pakistan has actually come around 360 degrees from 2014 when I used to assess the security predicament of that country as a game play between three priorities. In no order these were – obtaining a favourable situation in Afghanistan, gaining the upper hand in the proxy war in J&K and stabilizing the internal security situation within Pakistan. To be involved in all three simultaneously, proactively or energetically is almost impossible. Pakistan’s leadership has to decide which it wants first and which last. That is a predicament. Currently Afghanistan is high and J&K appears low but Pakistan is aware that leaving J&K to stabilize without active interference is likely wasting 30 years of effort. The decision by Imran Khan to draw back on trade was probably for that reason; the limit for the moment is just ceasefire. General Bajwa does not want an Operation Zarb-e-Azb on his hands again just when Afghanistan seems to be going the perceived Pakistani way. Thus virtual cooperation to TLP is being afforded, when actually this movement can yet be nipped in the bud; Bajwa cannot afford that.

What we are going to witness in the near future is further sinking of Pakistan into the morass of extremism, allowing its misperceived strategic interests to be dictated by thugs and radicals and allowing its streets to be taken over by these elements even as a 600,000 strong Pakistan Army stands by. The implications for us in India hardly need reiteration. On a last note, if the video clips of Pakistani soldiers sending messages to their Chief are in any way genuine then Pakistan can only be pitied. There is still time, General Bajwa can yet be prudent and put an end to these self-perceived interests.

Does the above answer some of the questions which seems to be in everyone’s mind while looking at Pakistan and the phenomenon called Tehreek-e–Labbaik Pakistan (TLP) ? 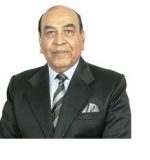 Lt Gen Syed Ata Hasnain (Retd), PVSM, UYSM, AVSM, SM, VSM* former Commander of Indian Army’s Srinagar Corps, focuses on trans-national and internal conflicts in Asia and the Middle East with particular emphasis on issues revolving around Radical Islam. He was largely responsible for the humanization of internal conflict through the concept of the ‘Hearts Doctrine’. He is the Chancellor of Central University of Kashmir and speaks extensively at Indian and international institutions on a wide variety of subjects revolving around strategic affairs and leadership.

May 04, 2021
Question - is it a possibility that the TLP and other "uprisings/issues' in Pakistan are an extension of the fight between the different factions of the Army Generals? The TLP is supported by a faction of general who is opposed to Bajwa (and his puppet Imran Khan). The uprising is all a way destabilize Imran's government, while the true attempt is to destabilize Bajwa as he decided to stay and extra three years and thus reducing the time/share of the money the other generals could generate for themselves?

Apr 26, 2021
Thank you Sir for the information and comments on the happenings in Pakistan.