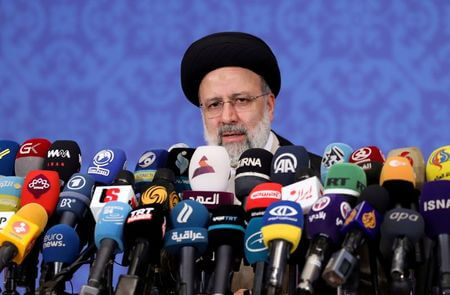 Common belief in geopolitical circles has always considered Iran, with its Shia orientation, as being completely opposed to the Taliban because of the obscurantist Sunni ideology that the latter follows. However, Shelly Kittleson, a journalist focusing on the Middle East and Afghanistan writes – “Tehran’s Shiite regime has strategic, economic, ideological, and ecological reasons for backing Sunni extremists”. This is a significant aspect because the broad understanding of the region exists with a different belief.

Iran is Shia while the Saudis being Sunni and believing in a more obscurantist ideology within Sunni Islam have promoted the same in Afghanistan and Pakistan to hem Iran from the east. The Gulf States following various brands of Sunni Islam form the west flank, thus effectively encircling Iran. The latter has probably created means of neutralizing these encircling efforts by playing to the various elements within the Taliban. Western suspicion about Iran’s double game does not credit it with diplomatic pragmatism in following a carefully charted line to retain its national interests.

Interestingly it was the Iranian Revolution and the Soviet invasion of Afghanistan in 1979, which set course events in the region that have cost so many lives and caused such instability in the last 42 years. The Revolution in Iran projected the rise of Shia power while the Soviet invasion on the flank in Afghanistan threatened to create an ideological vacuum there. In Afghanistan Shia ideology was followed by a minuscule nine percent Hazara population. Yet the fear levels were high of a potential increase in Iranian influence in Afghanistan in conjunction with the Soviets.

The subsequent war was fought by the US-Saudi combine against the Soviets, with Pakistan as proxy. The US was concerned about the southwards move of the Soviets and Saudi Arabia’s worst fears were related to the potential of Shia ideology spreading influence in Afghanistan and Pakistan. In due course Saudi-Pakistan cooperation brought about the establishment of Sunni ideological dominance on Iran’s eastern flank.

All that Iran has long been attempting to do is to break the Sunni dominance on its eastern flank through a system of partial outreach and engagement. Thus for it, talking to the Al Qaida may not be considered anathema and may actually assist in preventing jihadi activities stepping across those borders into Iran.  Some amount of Iranian weapons and ammunition reportedly finds its way across the border to Afghanistan. Undermining the then US mission in Afghanistan would also have worked against interests of arch rival Saudi Arabia since their interests were intertwined. That many Taliban leaders also had their families located in Iran is an open secret. Mullah Akhtar Mansoor, who succeeded Mullah Omar as the Supreme Commander of the Taliban, was killed by a US drone strike on 21 May 2016 while on his way back from Iran to Pakistan.

One issue most analysts allude to while referring to Iran’s relations with the Taliban is the fact that a large segment of the waters of Iran flow from Afghanistan and therefore a degree of cooperation is always considered good. Iran is going bone dry due to drought, climate change and over construction of dams. It cannot afford to have a strained relationship with the rulers in Kabul or the dominant elements at the border areas.

Iran shares with the Taliban a passionate rejection of US influence in the region. It considered the US’ prolonged presence in Afghanistan, or for that matter anywhere in the Middle East, to be an anathema to the revolutionary values of the Islamic Republic. However, it supported the Nine Party Alliance against the Taliban 1.0 in the late Nineties but was showing signs of greater cooperation with Taliban 2.0 in the run up to the fast paced events which commenced on Aug 15 this year. It’s the resistance in the Panjsher which seems to have led to a temporary obstacle; Iran is not happy about the Pakistani presence in Panjsher and its support to the Taliban.

Iran and the Taliban have a common enemy in the form of the Islamic State – Khorasan (IS-K). Afghanistan is flush with transnational terrorist groups but except for IS-K none others have displayed any propensity of taking the battle to Shiite Iran. They are primarily seeking their space within Afghan territory, Central Asia or Pakistan. If it ever comes to an aggressive anti-Shia posture adopted by these groups Iran’s functional relationship with elements within the Taliban will always be to Iran’s advantage.

Iran is also conscious of the problem of refugees who at the commencement of atrocities or internal conflict of any form in Afghanistan will come pouring across the border. It is neither conducive to Iran’s huge economic problems nor to its security. Hence ways and means of stopping this flow will always form Iranian priorities. One of the ways is by having a functional relationship with important Taliban elements.

Saudi Arabia has not liked the Taliban’s diplomatic parleys in Doha, particularly since Qatar is seen as a rival. What the Saudis dislike the most is the nature of Taliban–Iranian relations, at present. This is natural considering the ideological and sectarian rivalry between the Saudis and Iran. Saudi Arabia considers itself the leader of the Islamic world by right but is also aware that Iran’s grip over geopolitics of the Middle East and now of Afghanistan too has substantially risen. There is a third and possibly a fourth nation entering the fray of Islamic leadership; Turkey and Pakistan. The Saudis realize that they have played almost no role in the current dynamics of Afghanistan, more at the US behest.

Power within the Islamic world needs display of capability and initiative. It can remain happy that the roles of Iran and Turkey have also been largely benign with a ‘wait and watch’ policy. The great game for influence is just about beginning and the Saudis may find themselves catapulted to a position of prominence once again; the option of playing the US proxy remaining live. The Middle East’s rivalry between Qatar and the Saudi-UAE combine, along with the internecine game of influence being played by Turkey, Pakistan and to some extent Iran, within the Islamic world may eventually travel to Afghanistan. How this will manifest is yet difficult to determine but could take the form of support for different factions or even different ethnic affiliations leading to conflict within. Afghanistan has obviously not seen the end of conflict; the internal dynamics of the Islamic world could well travel here for resolution.

An analysis on Iran can never be complete without examining the Indian interests involved. Two questions beg for a response. First, is there scope for US-Iran rapprochement which could substantially turn the geopolitics of the region on its head? Second, can India’s interests be best served through a closer relationship with Iran?

The important issue for both India and the US is the fact that the Heart of Asia (Central Asia) remains inaccessible to them because of Afghanistan and Pakistan on one hand and Iran on the other. The US can access Pakistan but not Afghanistan. India can access Iran but infrastructure beyond remains a problem while access through West Afghanistan is not possible because of the current circumstances.

The US, its allies and India gaining access through Iran to Central Asia can render both Pakistan and Afghanistan relatively less significant. However, US-Iran relations remain fractious where the US approach is related more to emotion than reality. The 1979-80 incident of hostage taking of US diplomats by Iran, the death of several US servicemen in the botched rescue attempt in 1980 and the defeat of President Carter that year have deeply scarred the US psyche. Then there is the issue of Iran’s deep-set enmity with Israel and its rivalry with Saudi Arabia; too many negatives to set right before any relationship can even be considered. However, given the strategic partnership emerging between India and the US, this is one area where the US should have no objection to a healthy Indo-Iran relationship. Indian involvement in development of Chabahar port and other infrastructure should be strongly supported by the US to create alternatives for accessing the Heart of Asia and thus diminish Pakistan’s geostrategic advantage.

Can India work towards such cooperation? Entry through Iran will also give it access to the International North South Transport Corridor (INSTC). Prime Minister Narendra Modi made a pitch for the India-developed Iranian port of Chabahar during his address at the Shanghai Cooperation Organisation (SCO) summit on 17 Sep 2021.  The development of Chabahar Port was part of India’s initiative to create an alternative access route to Afghanistan after Pakistan began obstructing the transport of supplies via the land route.

The SCO forms an important and useful means for cooperation especially now that Iran is a full-time member. The amount of time that India’s Ministry of External Affairs has been spending on its focus on Central Asia, SCO and Afghanistan reveals the degree of importance India attaches to this very crucial region, access into which is only through Iran.

With the rapidly changing situation and the need for the US to increasingly balance its security interests between the Middle East, Central Asia and the Indo Pacific, its time that India worked on creating an interest based relationship between the US and Iran; a difficult call but given its outreach capability and current stature it is not something impossible to achieve.