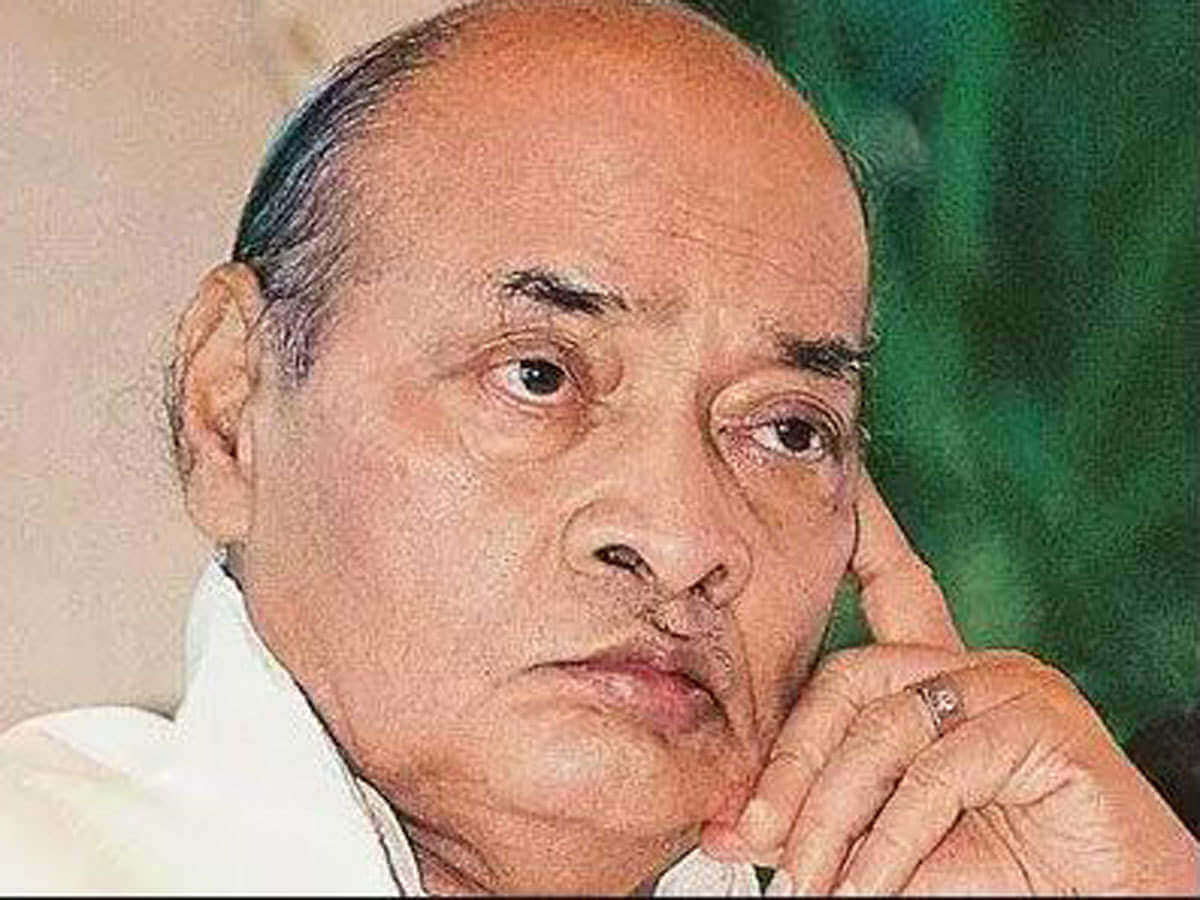 A year-long, grand scale, centenary celebrations to mark the 100th birth anniversary is a fitting homage to former Prime Minister PV Narasimha Rao who narrates his long journey from “Patwari to Prime Minister…..with no celebration at any stage.” The acknowledgement and accolades by way of rich tributes from people across the spectrum stand testimony to the strength of his ideas and a steely resolve to see them through. His contribution to national development has been recounted in various spheres and his premiership seen as bold, visionary, and importantly, predicated on intellectual strength and political sagacity.

This write-up is not about his specific foreign policy measures or economic reforms, or even standalone Chanakyan maneuvers. Instead, it dwells on the intellectual framework and policy fundamentals that guide these actions, the ‘big picture’, as it were. It is about Rao’s idea of comprehensive statecraft and the objective it serves that makes him truly Kautilyan, and that alone sets him apart.

Rao alluded to the innateness of Kautilyan statecraft – “purposiveness tempered by a capacity for detachment”[1] – referring to the dialectical engagement between political rationality and normativity; or artha and dharma in the Arthashastra. He quoted Kautilya with great conviction when he said “the welfare of a state depends on an active foreign policy” at Beijing University in 1993. He was also clear that “strength is power and happiness is objective” and acted with great alacrity on matters where well being of the people converged with good politics – economic liberalization being a shining example.

In an unpublished paper by Rao titled, ‘Liberalization and the Public Sector’, he pointed out the essence of India’s ‘tryst with destiny’ – the unchangeable objective as one where “the basic criterion for determining the lines of advance must not be private profit but social gain.”[2] Defending the intent of the liberalization programme of 1991, he admitted that while private profit “may have since entered our calculations more….social gain has never been jettisoned.” He was sure about the basic end goal, and was willing to explore different methods and modes to achieve them.

For Rao, raksha (security) was as much of an end goal as was palana (well-being). He articulated independent India’s defence policy as protection of “national territory over land, sea and air and encompassing among others, the inviolability of our land borders, island territories, offshore assets and our maritime trade routes.”[3] He was clear in pointing out that India had no design to conquer other countries and military build-up was purely for defence needs alone. The external security environment in terms of threat levels, approach of other countries and relative strength influenced defence assets from time to time. Importantly, no matter what the constraints, the necessary preparedness of the country will always remain. He walked a tight rope between placating the West for support for his economic reforms and remaining firm in bolstering India’s nuclear weapons programme amidst international pressure to cap it.  His conception of security, in terms of territoriality, flexibility, anti-imperialism, continuous preparedness and comprehensiveness, was starkly Kautilyan in character.

Rao clearly identified the assertion of India’s national personality through a matrix of three factors – independence of judgment and pursuit of self-reliance, mutuality of respect and no desire to impose our model on others, alluding to perception, principle and pragmatism respectively, as hallmarks of India’s policy framework. While autonomy in the domestic realm may seem to directly emanate from long years of colonial domination, its distinct roots in India’s culture and strategic tradition is noteworthy.

Kautilyan statecraft through its saptanga (seven limbs) theory of constituent elements of the state, which together make up a state’s comprehensive national power, is clear in identifying the ally (mitra) as the last and only external element. The use of ally is contingent on how well the six internal elements (ruler, ministers, territory and population, fort, treasury and armed might) are optimized. This novel inclusion of an external state factor offers an advantage but with a rider. Advantage is in terms of external aid in forms of strategic partnership (samavaya) to increase one’s own power, dual policy of allying with one to fight the other (dvaidhibhava) and seeking shelter (samshraya).

The rider is that any pact between stronger and weaker states results in the latter ceding control to the former, potentially diluting its independence of judgment. It is for this reason that Kautilya prefers ‘dual policy’ to ‘seeking shelter’, the former allowing the pursuance of one’s own state interests. He prescribes the use of strategic partnerships to seek advantage by atisamdhana, or outwitting the enemy, with great care and caution.

Rao was well versed with both the advantage and the proviso of extending the hand of friendship. After the end of the Cold War, he was keen to build new, and potentially rewarding, relationships. His approach to both the United States and China were in sync with Kautilya’s conceptualization of ally – the external state factor.

In his speech at the Harvard University in 1994, Rao brought out the nuances of India-US relations, prudently acknowledging divergences by stating that “monocultural absolutes are….on the way out in world affairs”, and highlighting the potential of friendship based on mutual benefits.[4] Drawing attention to the window of opportunity, he drew an analogy of the sun which shines simultaneously on India and the US only for a while because of their geographies. Rao believed “that this period of sunshine can and must be expanded.” He had deliberately chosen the metaphor of the ‘sun’ because one equivalent of ‘sun’ also means mitra (friend) in Sanskrit.

For Kautilya, “when one has an army, one’s ally remains friendly, or (even) the enemy becomes friendly.” Rao was clear that efforts at diplomacy and making friends come only after defence preparedness; “If we are weak we cannot carry the message.” Conciliatory overtures to China were made on the basis of strength and if China played foul, “nobody is a permanent friend.”[5] Under Rao’s premiership, India entered into a panabandha (negotiated agreement) with China as a deliberate strategy to forestall aggression through the Border Peace and Tranquility Agreement of 1993. The studied policy of ‘non-engagement’ followed Kautilyan logic of preferring peace to war; the latter bringing losses (kshaya), expenses (vyaya) and absence from home (pravasa), ill afforded by India at that time. However, the peace pact on the border did not make Rao geopolitically complacent. India’s outreach to Southeast Asia, economic ties with Taiwan were among attempts made to break out of the South Asian strategic box.

What lent Rao the adeptness to make an ancient legacy strikingly relevant to contemporary times? One, the genius of the tradition itself which makes it amenable to multiple interpretations based on the context, palimpsest of sorts. Two, Rao was a quintessential bhashyakar, an interpreter, a quality that he admired in Deng Xiaoping. He had remarked in an interview, “[Deng’s] thinking was the single largest factor in giving a new orientation to the Chinese political philosophy, still not doing away with prevailing beliefs in their external manifestations.”[6] Like Deng, Rao had the ability to interpret with great adroitness, stressing on continuity of basal elements alongside ushering in innovation and creativity to match the changing times.

‘Change with continuity’ was Rao’s hallmark and it helped him build bridges from the ancient to the modern, a classic Chanakyan in the 21st century.

[2][2] An unpublished paper by Narasimha Rao titled ‘Liberalisation and the Public Sector’, prepared in February-March 2001, in Jairam Ramesh, To the Brink and Back (New Delhi: Rupa, 2015), Annexure 9.

Dr Kajari Kamal is a faculty at Takshashila Institute Bangalore. She has done her research on strategic culture in the Indian context. Her dissertation was on the salience of Chanakyan ideas to better understand the drivers of India’s foreign policy.

Jul 24, 2021
M'am Great information about our late PV Narshima Rao Yes Chanayka Neeti was, is and will be relevant in future as well.If followed by Indian national and international policy makers it will never let India down.