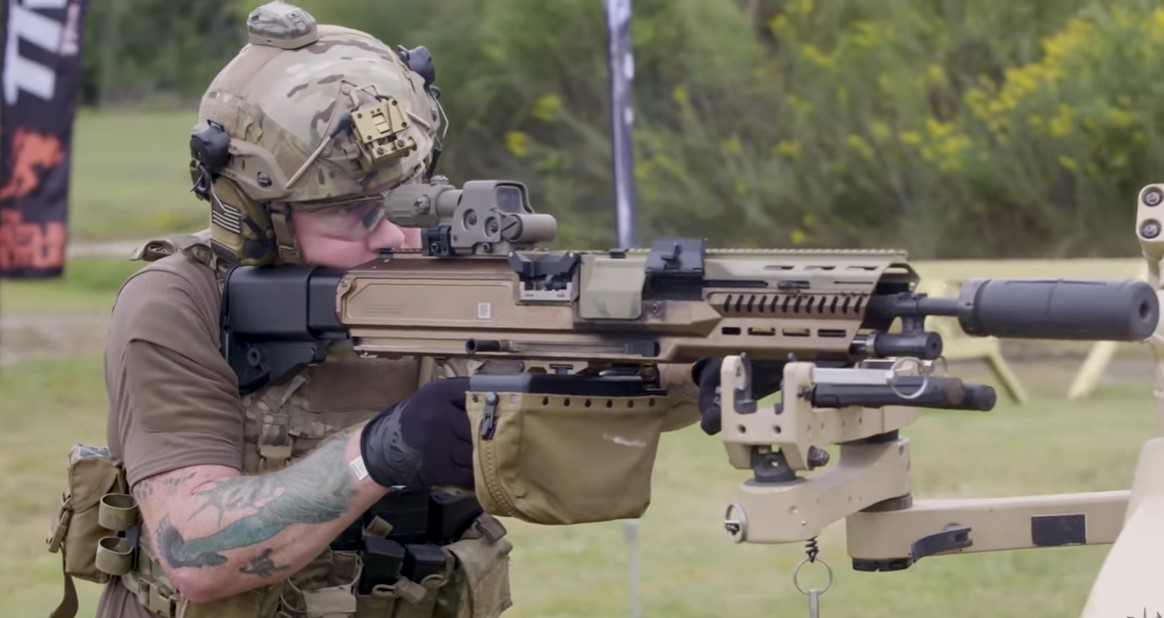 Warfare has evolved over the centuries and today it encompasses multiple domains and prosecuted as conventional as well as non conventional operations, tending to blur the geographic and physical limitations by leveraging technology. The ‘Revolution in Military Affairs’ or commonly known as RMA has been a buzzword among military strategists and commanders who now visualise future wars to be short, intense and technology driven. Yet as armies gear up to fight across the entire spectrum of warfare – ranging from all-out conventional war to counter insurgency operations, it is the infantry soldier who still bears the mantle of ensuring victory by capturing or defending the objective and forces across the world have been making continual efforts to enhance the fighting capabilities of their soldiers by providing them with the latest in weapons and equipment.

The man behind the machine will continue to be important and conflict situations such as terrorism, asymmetric and fourth generation wars have brought this into limelight. Such conflict situations require a transformed soldier capable of dealing with hi-tech war that will be short and intense and it is a known fact that the rifle is the first and last friend of a soldier, irrespective of the extent to which we transform Infantry soldier as a fighting system. Weapons and ammunition are not only crucial but also need to be modern and state-of-the-art. During the many reforms after the Crimean War, weight on the soldier was studied in detail. The report concluded that the ‘fighting value of a soldier is in inverse proportion to load he carries.’ So, the primary means of making an infantry soldier more efficient is to reduce the weight he has to carry and increase the firepower in his possession.

The weight carried by soldiers has always been subject to cyclical variation and much discussion. The Americans realised in Afghanistan that overloading a soldier is both unsustainable and undesirable, though that was the initial trend during operations. The US Army now focuses on four main factors of modern-day battlefields namely, increased weapon effectiveness and responsiveness, enhanced ground mobility of opponents, area denial tactics and high operational tempos. This mandates special attention on the individual soldier, the small unit, referred to the fire team, squad or section. Lethality for example, always high on the list of improvements has essentially focused on the individual service weapon carried by each infantryman. The next generation infantry service weapons essentially should have modularity, improved ammunition, greater accuracy, and be more discrete. 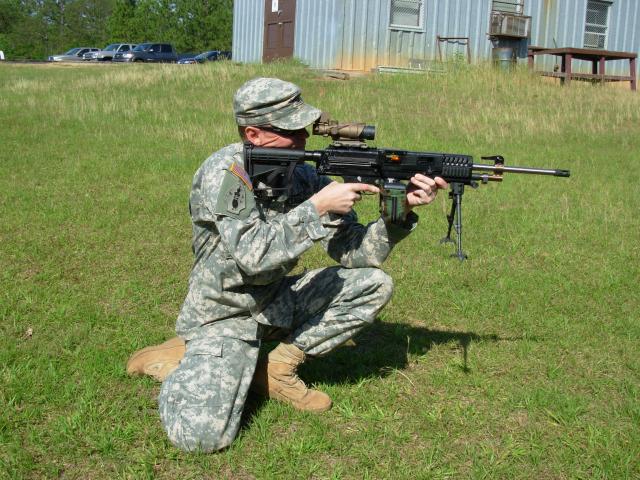 It is under this context that US Army launched a new program to upgrade its small arms weapons and ammunition system, the Lightweight Small Arms Technologies program, or LSAT.  LSAT started as an attempt to design lighter-weight small arms. The LSAT program’s scope was then limited to light machine guns due to conflict with some ongoing projects. While LSAT briefly attempted to use caseless technology to achieve this goal, eventually CTA was adopted for further development. The LSAT program — which focused on 5.56 — then became the Cased Telescoped Small Arms Systems (CTSAS) program in 2016. This also expanded the scope of the project to include other calibers.

Brief History of Small Arms Ammunition.     In the mid-1800s, the advent of metallic cartridge cases allowed for a single round of ammunition to be packaged in a self-contained format. The metallic cartridge case increased the overall weight of a round and necessitated mechanisms such as extractors and ejectors within a weapon. During World War II, the German military sought to reduce its strategic reliance on copper and zinc used in the manufacture of brass cartridge cases. Instead, German designers developed a thin-walled steel cartridge case achieving a weight reduction of 3-5% and lower production costs. Polymer cartridge cases were introduced later, though they face a number of design challenges. The material selected must be able to withstand the various mechanical, thermal, and chemical stresses to which cartridge cases are subjected. The primary advantage of polymer cased ammunition is a reduction in overall cartridge weight.

The mobility of the infantry remains a primary consideration for many developed countries’ armed forces. Hence developing technical solutions that achieve weight reduction in ammunition is a prime consideration. The brass cartridge case, accounting for 48 per cent of the total weight, offers significant potential for total cartridge weight reduction, as well as possible cost savings and further technical developments. The primary advantages of emergent cartridge case technologies may be the weight and volume savings they offer. The weight reduction, ranging from 15 to nearly 50 per cent depending on the technology, could afford combatants to carry a significant amount of additional ammunition beyond their current-day first line scales, allowing for overall increased unit ‘firepower’.

The two major lines of ammunition technology development are:

The CTSAS program, run by Textron, has successfully produced a line of polymer-cased and linked CTA, along with a series of belt-fed machine guns and magazine-fed carbines that fire this ammunition. The ammunition has undergone various environmental durability and endurance tests. Textron Systems’ portfolio of CT Weapons & Ammunition includes a 5.56mm CT Light Machine Gun, a 7.62mm CT Medium Machine Gun and a 6.5mm CT Carbine. This next-generation of CT weapons deliver improved lethality and maneuverability at 40 percent less weight than current systems. 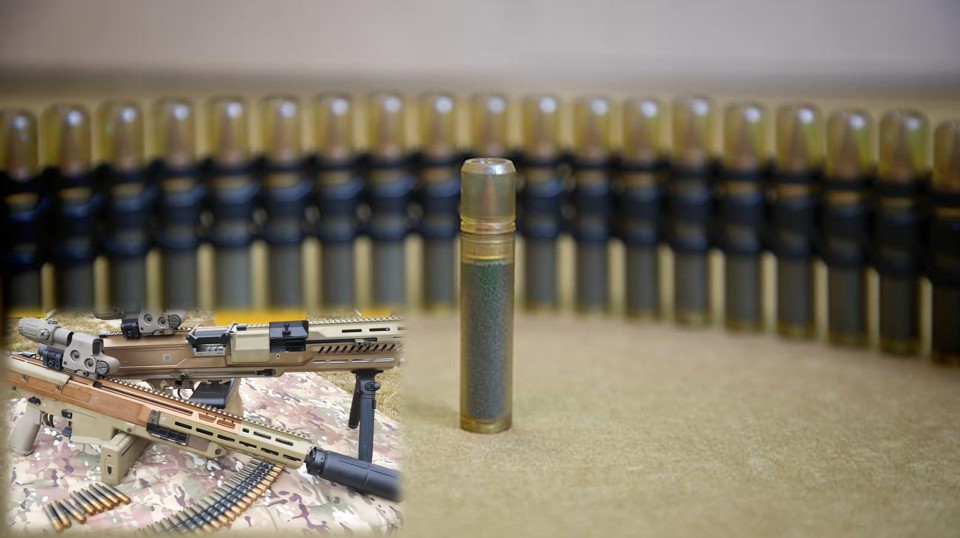 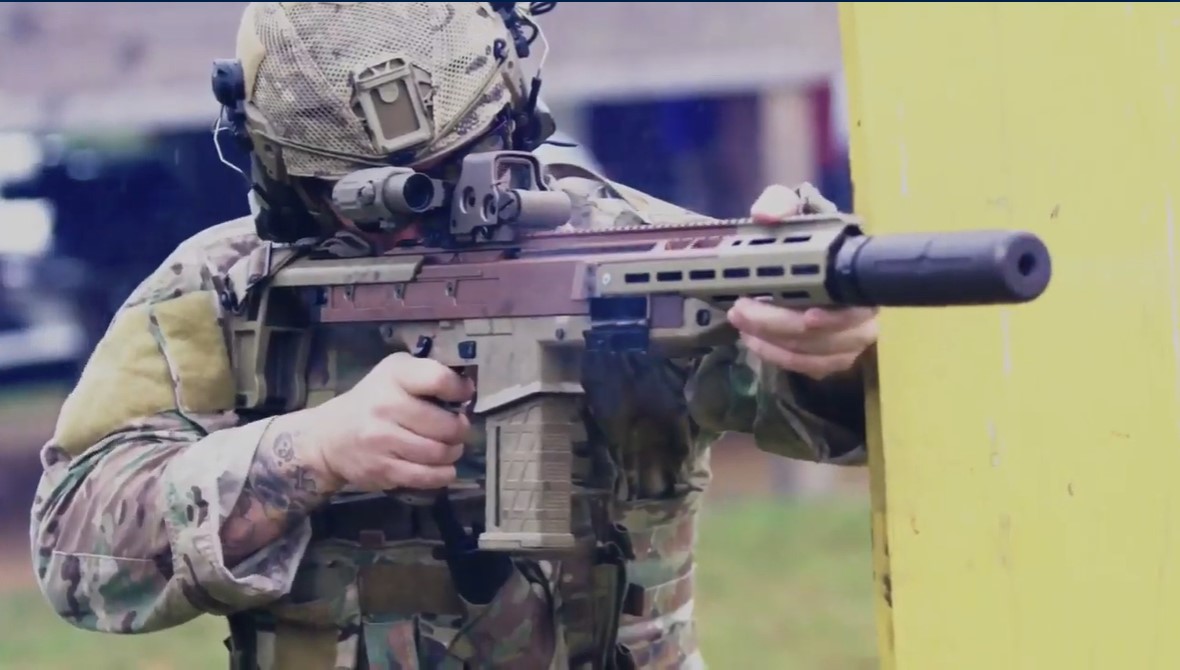 Textron Systems has more than 14 years of experience in developing CT ammunition weapons and ammunition with tested products complying Technology Readiness Level 7 (TRL7). Hence it is no surprise that Textron Systems was selected by the U.S. Army’s Project Manager Soldier Weapons as one of three organizations to deliver Next Generation Squad Weapons (NGSW) based on the company’s mature, high-performance cased telescoped (CT) technology. Textron Systems is to deliver 43 6.8mm CT NGSW-Automatic Rifles and 53 NGSW-Rifles, as well as 845,000 rounds of CT ammunition during a 27-month period of performance. It has successfully demonstrated its high capability and low-risk 6.8mm CT system that provides significant performance enhancements over current US Army systems.

Cased Telescoped system in small arms is a promising technology that could significantly reduce the weight that a soldier carries into battle, while also providing other allied benefits.

Jun 09, 2021
wow that's a lethal weapon and shows how far technology has gone ahead